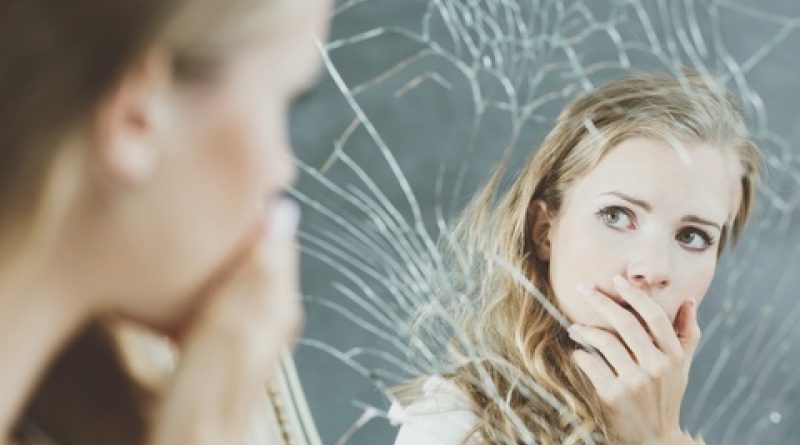 The scary part is, I wonder how many other teens are misdiagnosed and treated unfairly because people don’t know enough about BPD.

No, I was not an easy teenager to deal with. Like most, I had some issues when it came to my emotions and how to handle them. However, I guess I was different because, well, I was told I was.

Since I was a child I was told there was something “wrong” with me. I went to therapists at the young age of 7, and started taking prescribed medications at the age of 13. What kind of medications? Just the normal ones that psych doctors give when they don’t know what is really wrong with you: Prozac, lithium, Depakote, carbamazepine, Valium, Klonopin, Celexa, to name a few.

The reason I was taking so many drugs at such a young age? My parents didn’t know why I was reacting the way I was, or why I had such extreme bouts of depression and anger. Over the course of 10 years I went to 7 different psychologists, psychiatrists, and therapists, who all gave different diagnoses. The most common one was Bipolar Disorder, “with high-aggressive tendencies.” But I wasn’t bipolar. After spending nearly a decade in and out of doctors offices, you learn a few things.

I started doing my own research into what was going on with my mental health, and discovered some alarming things.

First of all, you need to remember that during all of these experiences, every single time I “had an episode” or didn’t respond the way I was expected to by one of my parents, I was reminded of how damaged I was, and that there was something wrong with me. “Normal” people don’t act that way, after all.

When you try your hardest to be normal, you always fail. After all, how do we even know what normal is? Well, I sure didn’t.

My mother had kept some of the documents from different doctors who had given their varying diagnoses. They included things like “extreme anger,” “severe depression,” “mania,” and some even went as far as to throw in “ADHD,” which I am quite sure I never had but was prescribed Adderall anyways. Then one note caught my eye- it was from a psychologist I saw only twice, but his notes said something that none of the others did: Borderline Personality Disorder.

It turns out that when my mother heard those words, she didn’t like them, and was afraid of them. Instead of learning what they meant, she chose to go with the one she knows more about, Bipolar Disorder. My diagnosis was confirmed because that’s what she had information on, and BPD sounds scary, right?

The difference between BPD and Bipolar are explained as:

“The person with borderline personality disorder overreacts on a somewhat regular basis. Anxiety, anger and feeling blue are the drumbeat of life. At times, these feelings will burst forth in more dramatic ways, but it is often the case that the outburst is short-lived and can be traced to a single event or trigger, usually a perceived offense or a fear of being abandoned.

Bipolar, on the other hand, produces prolonged emotional swings that can last for days or weeks. While these episodes are present the person doesn’t seem like themselves. And, unlike borderline personality disorder, these emotional shifts are just as likely to occur without any kind of trigger.”

It is thought that many people who suffer from BPD are inaccurately diagnosed as having Bipolar disorder because it generally carries less stigma and is easier to treat with pharmaceuticals.

BPD is caused by the wiring in our brain. No, seriously, our brains are different than yours. The part of your brain that affects emotional response and memory, the amygdala, is more active in those who have BPD. In a 2003 study, subjects with borderline personality disorder showed significantly greater amygdala activity than normal control subjects. Those with BPD activate neural networks in emotion processing that are phylogenetically older and more reflexive than normal people.

The amygdala has also been shown to have an important function in enhancing memory functions by releasing stress hormones, such as adrenaline. It has been shown experimentally that rats, who have had their amygdala disabled lose their fear of cats. It has also been shown that increasing stress hormones improves memory of an event. This helps explain why people can remember stressful moments in great detail – such as times of disasters or crises, when adrenaline is released and yet can easily forget long periods when nothing significant seems to have happened.

So if you wonder how we remember literally everything, that is the reason. Our brains are different.

Growing up with BPD is hard, but it’s a lot harder when people don’t know what it is and automatically issue it a stigma of “crazy.” If you have a son or daughter who is going through a whirlwind of emotions and exhibits any of these traits, be patient with them and for Pete’s sake, don’t blame their emotional problems on THEM. There is help out there but a lot of it starts at home.

Anything to Stop The Pain – information site, blog and support board for Non-Borderlines, with a particular emphasis on supporting people who have children with BPD and people in a committed relationship with a person who suffers from BPD.

http://www.BPDCentral.com – An information and support site about BPD run by Randi Kreger, co-author of “Stop Walking on Eggshells”.