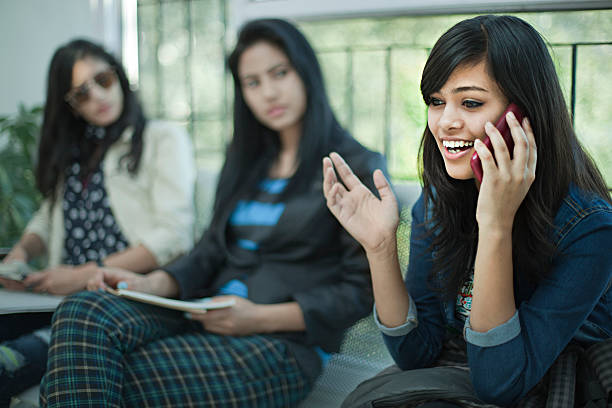 You probably know that person who is outgoing and charismatic. They are the life of every party and appear to be the epitome of confidence. Yet they take an hour to get ready to go to the shop just to buy some bread. If they were truly that self-assured, why would they need to be so well turned out to do such a menial task?

The reality is that people who are loud and outgoing can often have low self-esteem issues too.1 Often times, they use their personalities to mask how they truly feel inside.

People with low self-esteem try to be loud to camouflage their insecurities.

It stems from underlying insecurities. As a result, it often makes them try to act superior or in a way so as to hide their low self-esteem.

This overcompensating loud behavior is seeking validation. It could be as simple as trying to portray, “Hey! Look at me! I am a fun and a really happy person!” Whereas those who genuinely feel that way about themselves would be confident about it and not necessarily feel the need to express it for it to be validated.

It is often easier to try to silence the low self-esteem by contradicting it to prove otherwise.

People with these personalities tend to have a stronger need for compliments or being reassured about positive traits. Without this sort of validation, they may feel down and anxious.

What happened to these people are the things to blame on.2

To help someone who has low self-esteem, start with strengthening their security.

Giving rapport and helping them to build their own security are essential to helping someone who has low self-esteem.3

1. Avoid engaging in negative conversations with them.

If it is going in that direction, you have the ability to steer the conversation into a positive light.

For instance, if the person is beating themselves up about failing a driving test, you can point out that they passed the theory test already, and that a mutual friend may have failed it several times before passing.

2. Don’t be shy to say that you care about them.

Low self-esteem is often stems from a lack love for one’s own self. Let them know you care about them and tell them positive traits about themselves that are not purely based on aesthetics.

It could be as simple as telling them how kind they are and how much you value them for all times they have helped you out when you had car troubles.

Invite them to activities that you are doing which may boost their moral, such as a yoga class, the gym, or shopping for new clothes.

4. Watch a comedy and laugh together.

We all know that laughter is the best medicine. So be sure to enjoy the lighter side of life too.

Perhaps there is a great comedy that is on that you may both enjoy? If someone is feeling down about themselves, helping them to find their smile will definitely give them a boost.

People can be guilty of saying to someone to just “get over it” when that person is faced with a difficulty that may appear to be “mind over matter”. This is unhelpful and can leave the person feeling more isolated and uncared for.

Don’t say this to someone–irrespective of what they may be facing. Remember, most people can’t control how they feel. The same way as you may not be able to help if you feel hungry or sleepy.

6. Care for and love yourself too.

It is easy to get into situations where you become trapped in someone else’s negativity and your own energy becomes depleted. As much as you can try to help someone, it can only work if they are also willing to help themselves. Love them, but also remember to love yourself.