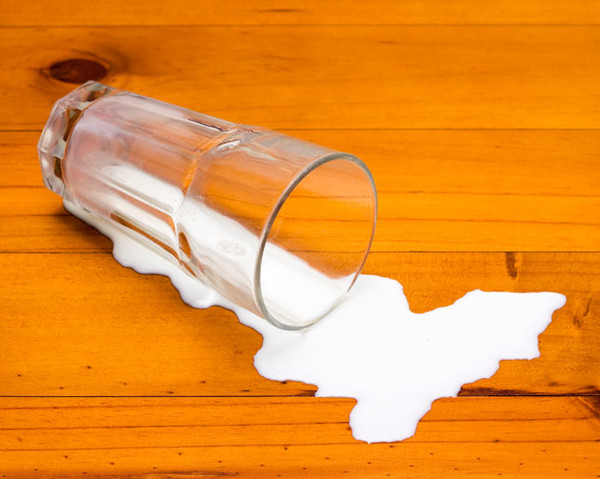 Throughout history, there have been unfounded health beliefs. Parents in medieval England would tie the feet of a rabbit around their children’s necks to ward off illness, and doctors once believed saliva had healing properties and would spit on their patient’s wounds. Today, the medical myth involves milk. Cows milk to be precise.
The milk myth has spread to all corners of the world and it is inaccurately believed to support bone health and improve overall health because it contains high levels of protein and calcium. However, there have been numerous scientific studies which show the detrimental health effects directly correlated with drinking milk. Most surprising of all is how we barely absorb the calcium in cow’s milk- in fact, it increases the amount of calcium lost from the bones!
Want to know how that happens? Milk contains animal proteins which acidifies the body’s pH, thereby causing a biological correction to take place. In order to neutralize the acidifying effect of milk, our bodies use calcium. And that calcium comes from our bones. The very act of drinking milk can actually cause a calcium deficiency. Maybe that’s why countries with the highest consumption of dairy products have the highest bone fracture rate in their population. Amy Lanou Ph.D. is the nutrition director for the Physicians Committee for Responsible Medicine in Washington, D.C., and she states, “The countries with the highest rates of osteoporosis are the ones where people drink the most milk and have the most calcium in their diets. The connection between calcium consumption and bone health is actually very weak, and the connection between dairy consumption and bone health is almost nonexistent.”

Even though cow’s milk contains three times more protein than human milk, it creates metabolic disturbances that have adverse effects on our bones. The composition of mother’s milk to cow’s milk is very different.
There have been numerous scientific studies which go against the conventional “milk is good for you” theory. Actually, there have been more studies showing that dairy products fail to protect bone fractures, than ones that prove otherwise. Even drinking milk from early childhood doesn’t protect against future risks of fracture, it increases it.  JAMA Pediatrics did a study over the course of 22 years with 96,000 participants. Their study found,

“Greater milk consumption during childhood and adolescence contributes to peak bone mass and is therefore expected to help avoid osteoporosis and bone fractures in later life. However, milk consumption during teenage years was not associated with a lower risk of hip fracture in older adults in our cohorts. Instead, a significant 9% increase in risk was observed in men for each additional glass of milk consumed per day during teenage years.”

And Harvard Nurses’ Health Study did 12 year study with 77,761 female participants aged 34 – 59. They found that people who consume more calcium from dairy products average more broken bones than those who rarely drink milk. The author of that study wrote, “These data do not support the hypothesis that higher consumption of milk or other food sources of calcium by adult women protects against hip or forearm fractures.” (Source: Feskanich D, Willett WC, Stampfer MJ, Colditz GA. Milk, dietary calcium, and bone fractures in women: a 12-year prospective study. American Journal of Public Health. 1997).
There is more than just bone health to be concerned about regarding cow’s milk. Today, most cows are given antibiotics and are injected with a genetically engineered type of bovine growth hormone (rBGH). These synthetic hormones are used to artificially increase the production of milk. People who drink rBGH have increased blood levels of the insulin growth factor 1 (IGF-1), and elevated levels of IGF-1 are connected to several cancers. Chairman of the Cancer Prevention Coalition, Dr. Samuel Epstein, said, “Drinking rBGH milk would thus be expected to significantly increase IGF-1 blood levels and consequently to increase risks of developing breast cancer and promoting its invasiveness.”
While there are alternatives to milk with rBGH, like organic and antibiotic-free, it is probably best to avoid drinking cow’s milk altogether. Healthier options include almond, hazelnut, rice, soy milk, and my favourite, cashew milk.
Featured image source
Written by Raven Fon