Are you a cat or a dog person?

Yes, some of us fall firmly in between both camps, but there’s no denying that some people have very strong feelings about whether puppies or kittens are cuter. And, as it turns out, your preference reveals a lot about your personality.

Yup, Facebook recently decided that it was high time somebody finally exposed the differences between cat and dog people.

As a result, they deployed their research division to focus on a sample of 180,000 people who shared pictures of cats, dogs, or both.

The results were, if we’re honest, pretty illuminating… although they did conform to a lot of stereotypes.

Yep, the clichés are true: dog people are more outgoing, measured in terms of Facebook friends. On average, dog people have 26 more Facebook friends than cat people – and, perhaps as a result of this, they are more likely to be in a romantic relationship than a moggy-lover.

They also prefer to live in the countryside (we guess there’s more space to exercise their mutts), and tend to favour movies which feature stories about… well, about dogs. Obviously. Ever seen Marley & Me? It’s just beautiful.

Somewhat adorably, dog people are also big fans of TV shows which feature brighter colours, such as  The Voice, One Tree Hill, and Entourage.

And, finally, it’s worth pointing out that dog people are most likely to express positive (albeit a limited range of) emotions, such as pride, excitement, and happiness.

While cat people have fewer friends than their dog-loving counterparts, they tend to get invited to far more events – which suggests that they know how to put their friendships to good use.

And, you guessed it, they’re also more likely to be city-dwelling singletons. However, you can put that crazy cat lady myth to rest right now, as you’re just as likely to find a crazy cat man. Humankind’s love for felines is split equally across both genders.

Just like Garfield, cat people throw themselves into indoor activities, such as reading books (think Alice In Wonderland, Harry Potter, World War Z, and any Stephen King novel, as a rule), watching TV, playing board games, and settling down to enjoy movies… particularly of the sci-fi and fantasy variety.

However it seems as if they tend to follow their cats in the energy stakes, regularly announcing that they’re tired on Facebook more than anything else. Guess that explains all those long naps and lie-ins, eh?

Despite feeling overwhelmingly sleepy, though, cat fans also tend to feel… well, everything else. You know, like happiness, sadness, gratitude, amusement, annoyance, and love. More importantly, they’re far more likely to put their wide range of emotions into words – suggesting that they’re more in tune with themselves than their doggy-loving pals. 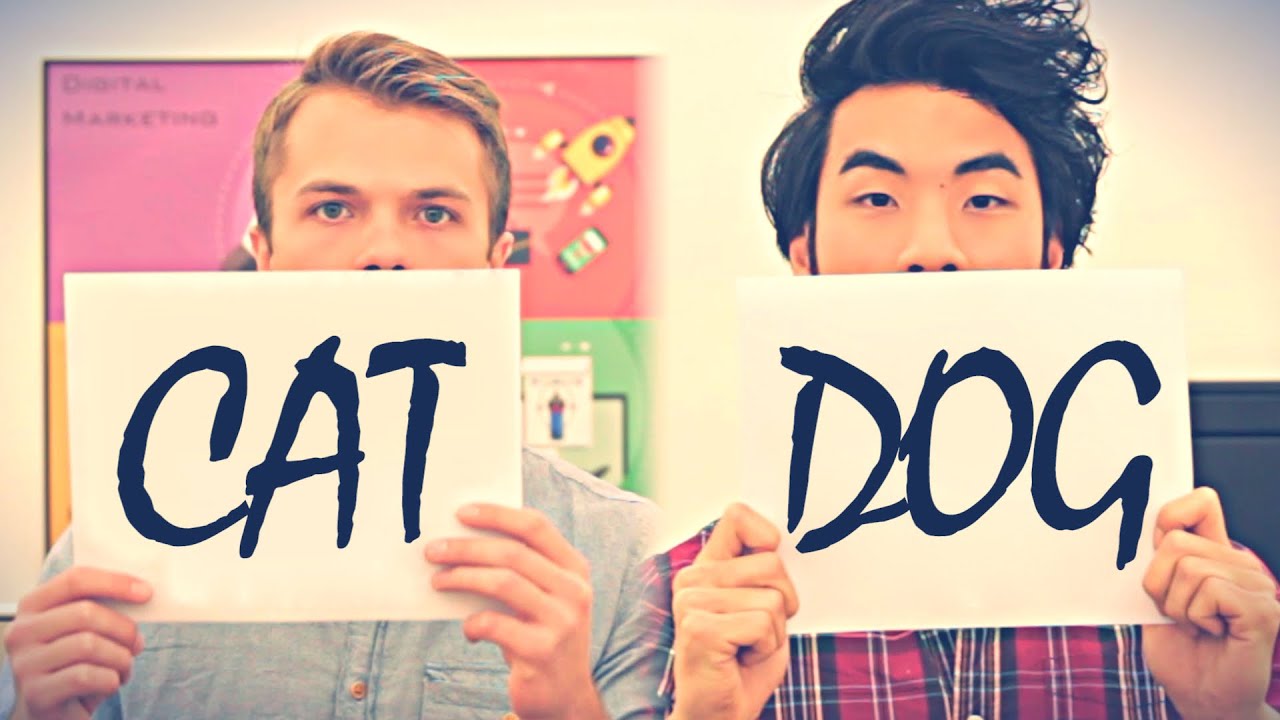 But are cat and dog people really so divided?

Well, no; the research showed that we do have some things in common, after all. Such as, say, our knack for penning heartbreak statuses on Facebook. And our fondness for Seinfeld.

But, most importantly of all, we’re all animal lovers, through and through. How’s that for a unifying factor, eh?