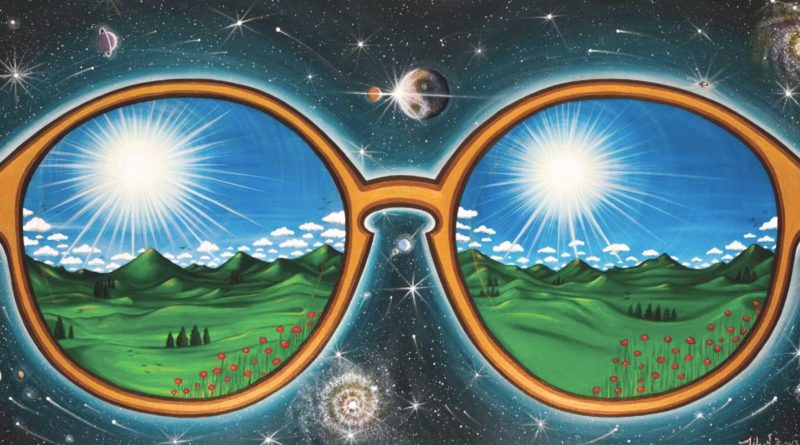 To those of us whose brains seem to be missing the art-appreciation chip, people who really get it are something of a mystery. Fellow art-idiots will know what I’m talking about when I say that going to a museum with an artsy friend can be a baffling experience: You’re both looking at colors on canvas, but one of you sees, well, colors on canvas, and the other sees meaning or a story or something else beyond what’s obviously there.

And as it turns out, that difference doesn’t just boil down to powers of creative interpretation — according to a study recently published in the Journal of Personality Research and highlighted in New Scientist, creative people really do see the world differently than everyone else.

For the study, the authors recruited 123 volunteers to take a personality test measuring their levels of the Big Five traits (extraversion, agreeableness, conscientiousness, neuroticism, and openness to experience) and a vision test called the “binocular rivalry” test, in which each eye takes in a different image — in this case, a red dot on one side and a green dot on the other. The participants processed the visual information overload in one of two ways: In most cases, they reported seeing one color at a time, switching back and forth between each dot. Another handful, though, saw something else: the two dots morphed together into one, two-colored image.

When the study authors compared the results of the two different tests, they found that the people who scored highest on openness to experience, a trait closely linked to creativity, were also the likeliest to see the blending of the two colors (which the researchers called “mixed percept”) as opposed to each one separately — suggesting, the researchers argued, that “openness is linked to differences in low-level visual perceptual experience.”

In other words: When people are extra open to new experiences — a trait that’s also been linked to insight and imagination — things can look a little different. “Their brains are able to flexibly engage with less conventional solutions,” lead author Anna Antinori, a psychologist at the University of Melbourne in Australia, told New Scientist. “We believe this is the first empirical evidence that they have different visual experiences to the average individual.” (As Niko Tiliopoulos, a psychologist at the University of Sydney who was not affiliated with the study, pointed out to New Scientist, this may also contribute to the idea of artist-as-eccentric: Highly open, creative people “may ‘see’ spirits, or misinterpret interpersonal or other signals.”) It makes sense, when you think about it: The more open you are, the more possibilities you see in everything around you.