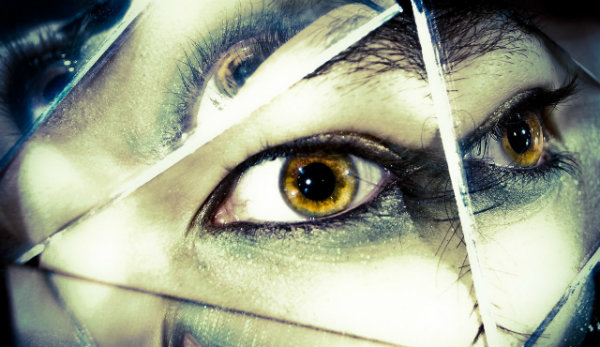 Stuart Baker-Brown’s first experiences with paranoid schizophrenia seemed, on their surface, not unreasonable at all. In 1991, Baker-Brown, a Briton, was in Russia, witnessing the fall of communism and marching in protests against communist hard-liners.

One night, the phone rang in Baker-Brown’s hotel room. An angry stranger was on the other end, yelling in Russian. Baker-Brown became convinced that he was being stalked by the KGB, Russia’s spy agency.

Even today, Baker-Brown thinks it’s quite likely that the KGB was watching him — after all, he was the rare foreigner who hadn’t left the country as the USSR dissolved, and he’d been involved in street protests. But even after he returned to London, he couldn’t shake the paranoia.

“I felt followed in London,” Baker-Brown told Braindecoder. “I remember one experience in London, some guy bumped into me and he just stood there and said, ‘Watch yourself, brother.'” In another case, Baker-Brown was in a phone booth and turned around to see someone taking photographs.

The fear and anxiety took hold, and Baker-Brown often spent his evenings huddled in the corner of his apartment, as he related in 2006 in the British Medical Journal. He also experienced psychotic symptoms, feeling as if he was “being physically vortexed into [his] own dark mind.”

Baker-Brown was diagnosed with schizophrenia, but his initial encounters with the medical profession weren’t the relief they should have been.

“I was told I had to accept that I couldn’t work, I had to accept that my diagnosis was with me forever,” he said. He was even told he might be a threat to others — even though people diagnosed with schizophrenia are far more likely to hurt themselves or be abused than to become violent against other people.

“I sort of felt that who I was, Stuart Baker-Brown, my identity and everything was suddenly replaced with a false identity,” Baker-Brown said.

Video: a French animated film likens schizophrenia to being hit by a meteorite and being displaced precisely 91 centimeters from where one used to be.

Everyone who experiences psychosis experiences it differently. But Baker-Brown’s feelings of stigma at diagnosis are not unique.

In a TED Talk about her experience with schizophrenia, University of Southern California law professor Elyn Saks talks about being tied to a bed in the emergency room during a psychotic episode.

“A sound came out of my mouth that I’d never heard before,” Saks said. “Half groan, half scream, and pure terror.”

Though she never struck, harmed or threatened anyone, Saks said, she spent hours of her subsequent time in a psychiatric hospital in restraints. She encountered the attitude that restraints must be fine, even comforting to psychiatric patients — in reality, they are anything but, she said. Today, she calls herself pro-psychiatry, but anti-force.

In the public eye, schizophrenia and violence go hand-in-hand. It’s a perception heightened by high-profile — but rare — crimes like the Aurora theater shooting in Colorado in 2012, when James Holmes, a young man diagnosed with a schizoaffective disorder (a disorder melding features of schizophrenia with a mood disorder like depression), killed 12 people at a midnight showing of a Batman movie.

Being told he might be a threat to society heightened Baker-Brown’s isolation and depression on top of his earlier mental health struggles, he said.

“At first diagnosis, I needed more understanding and hope,” Baker-Brown said. “I needed to be told I could lead a good life and recover from any difficulty, but I was told I had to accept I may never recover and my whole life would be about coping with my diagnosis. This was devastating to hear from the psychiatric team.”

According to the Diagnostic and Statistical Manual (DSM) 5, a person qualifies for a diagnosis of schizophrenia if they experience two or more of the following symptoms for the large portion of a month: delusions, hallucinations, disorganized speech, disorganized or catatonic behavior or “negative symptoms” like a lack of speech or emotion.

A single symptom is enough for a diagnosis if it involves bizarre delusions or voices keeping up a running commentary on a person’s actions. These symptoms also have to affect a person’s normal functioning and persist over time. If the person has had depression or manic episodes, the diagnosis is more likely to be a mood disorder or schizoaffective disorder.

Understanding what the world is like through the lens of schizophrenia is difficult, which may contribute to the challenges in treating the disorder and accepting people who have it.

Online, people with schizophrenia and similar disorders are increasingly trying to share their experiences. On YouTube, people with the disordertell their stories, talking of hallucinations like seeing the little girl from the horror film “The Ring” lurking beside them all day. Others don’t experience hallucinations, but describe symptoms like disorganized speech and behavior.

A pharmaceutical company video attempts to simulate the schizophrenia experience from the inside, using reports from real patients. And a French animated film, “Skhizein” likens the disorder to being hit by a meteorite and being displaced precisely 91 centimeters from where one used to be.

Video: A simulation of how the world may look like to a person who has has schizophrenia.

Many of the symptoms are terrifying to people undergoing a psychotic break; Saks describes believing with unshakable faith that she was responsible for killing hundreds of thousands of people with her mind. She sees these thoughts as not simply random delusions, but as saying something about her reality.

“When I say I’ve killed hundreds of thousands of people, it’s really an archaic way of saying I feel like a very bad person,” she told i09. “But even though it’s meaningful in this sense, it doesn’t help patients in the moment of the psychotic symptoms that they interpret.”

Baker-Brown points out that people with schizophrenia don’t separate their delusional thoughts from “real” ones.

“The things I believed in were very normal to me,” he said. In fact, some of his beliefs were not particularly negative and even seem prescient: Baker-Brown told his doctors of his belief in Earth-like planets and possible alien life, he said, things that many completely sane astronomers now study in earnest.

Today, Baker-Brown practices a kind of compartmentalization, he said. He has close friends he feels comfortable talking with about his ideas about alien life and psychic phenomenon. If he knows those ideas won’t be well-received, he avoids the topic, he says. He also works to avoid the stressors that set off more frightening episodes.

“I accept that there’s things I believe in, things I’ve experienced [and] that there’s a lot of people who haven’t experienced that,” Baker-Brown said, adding, “I think each and every one of us, we have our own reality, don’t we?”