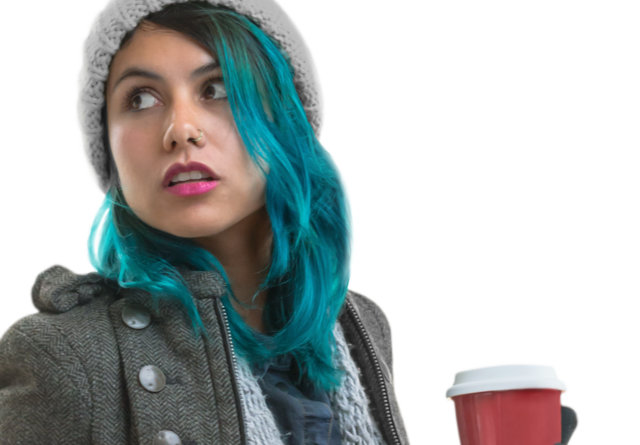 When most people think of psychopaths, they picture conniving, murderous, and violent people. Probably being housed inside of a mental hospital. The last thing people connect a psychopath with is a hot cup of coffee and dark chocolate. But according to new research, people who enjoy bitter foods like grapefruits and espresso have also been known to exhibit psychopathic traits. What are your thoughts on this? Share them with us in the comments below!

2. Foods. The researchers performed two separate experiments, which included asking their participants a series of questions regarding how they felt about certain foods. For the first experiment, 500 of the volunteers were given a list of foods ranging from sweet, salty, to bitter, reports the Daily Mail UK.

3. Personality. Each participant was required to rate the foods on a scale of one to six, from strong dislike to strong like of the specific food. After doing that, they were given a questionnaire that asked the participants a series of questions based on their personalities. The questions measured their levels of aggression, personality traits of Machiavellianism, psychopathy and narcissism, and so on.

4. Predictor. For good measure, the researchers performed a second similar study with around 450 people that only confirmed their findings. “General bitter taste preferences emerged as a robust predictor for Machiavellianism, psychopathy, narcissism, and everyday sadism,” wrote the researchers, as reported by the Daily Mail.

5. Thrill. On the other hand, people who had a sweet tooth were seen as more agreeable. So why exactly do people with psychopathic tendencies enjoy bitter foods? According to researchers, it might be because they experience a sort of “thrill” from eating the foods, reports the Daily Mail UK.

6. Theory. The thrill theory is based on nature. According to evolutionists, bitter tasting foods in the wild have been known to signal poison. Therefore, eating something that would be considered “poisonous” in the wild would naturally give people a thrill. And who would want to eat poison but a psychopath?

7. Correlation. ”We found particularly robust correlations with everyday sadism. Everyday sadism is a construct related to benign Masochism— the enjoyment of painful activities— which was first described and investigated by psychologist Paul Rozin. To quote Paul Rozin for an explanation: ‘For the case of innately aversive foods, there may be pleasure from the fact that the body is signalling rejection, but the person knows there is no real threat’,” said the study’s author, Christina Sagioglou, as reported by the Daily Mail.

8. Accuracy.Despite the study’s shocking findings, it’s safe to say that they aren’t going to be 100 percent accurate. After all, it takes more than just a person’s preference to a certain kind of food to determine that they’re a psychopath.

9. Danger. It’s hard to tell apart a psychopath from a regular person because most psychopaths are really good at hiding their tendencies. Because of this, people end up in dangerous situations and don’t know that a person is a danger to them until its too late.

10. Traits. In order to avoid these situations, Jacob Wells, who considers himself a psychopath, told the Daily Mail what other people should look out for when trying to identify a psychopath. Some of those things include: “a grandiose notion of self-worth, the need for stimulation and impulsiveness, pathological lying, the ability to manipulate others and a lack of remorse and empathy.”

11. Reactions. Psychopaths have the ability to mask their true personalities and can mimic normal reactions. They know how they should be reacting in situations, despite the fact that their reactions might not actually be genuine. For this reason, they can be incredibly deceiving.

12. Interests. According to Wells, when people first meet him, he becomes “the most interesting they know,” and even pretends to have interests that he doesn’t. However, you can tell when a psychopath isn’t being genuine if you watch their body language, reports the Daily Mail.

13. Trap. When giving an emotional response, their body language or tone of voice might not match up with said emotion. This is a hint that the person you’re talking to might be faking it, and you should take notes before you fall into whatever trap they’re trying to lure you into.

14. Pay attention. While its safe to say that you shouldn’t completely cut someone out of your life simply because they like their coffee black, you might want to start paying closer attention to the way they react to certain situations. You know, just in case.