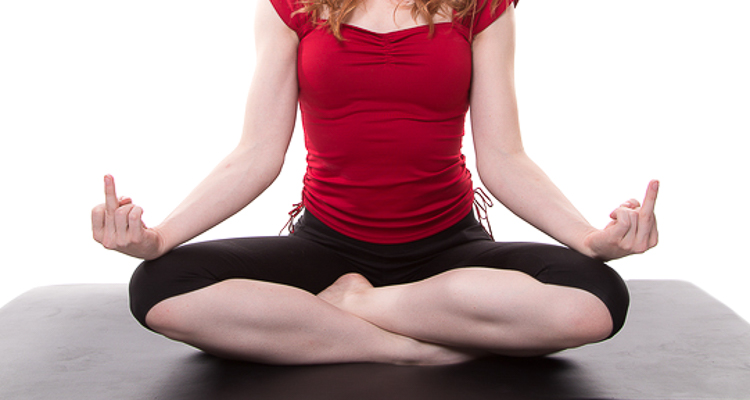 This is perfect for those who don’t like traditional yoga, but want a practice involving stretching, exercise, and bad humor, with the goal of becoming zen as f***.

If yoga is a little too zen for you, then you might want to plan a trip to Calgary.

The Canadian city is home to Rage Yoga, a studio that is “a practice involving stretching, positional exercise and bad humor, with the goal of attaining good health and to become zen as f***.”

And you won’t find good lighting and essential oils there, either; Rage Yoga classes are held inside a basement pub with curtains sectioning off the practice area from the rest of the bar. The cost of each class — $12 for a drop-in — comes with tickets good for beer at the bar… the perfect way to replenish fluids after an expletive-fueled yoga session.

“Before I found my practice I was a stress case all the time!” she writes on the website. “My mind was constantly running a mile a minute and I couldn’t slow down. I had zero confidence, rage issues and, on top of it all, the muscle mass of a kitchen sponge.”

Her yoga classes — based on the Vinyasa flow — gave her “a strong body-mind connection and a new appreciation for my body,” she adds. “I learned how to slow my mind, feel good in my body and built some decent pipes while I was at it.”

But is swearing up a storm really going to help? You bet — just think how much better you feel after you let out a loud cuss word (or at least a loud “darn!”) when something is upsetting. It’s an instant mood booster. Plus, science has shown that swearing actually ups your pain tolerance.

“It changed my life and I want to share that gift with you,” Istace writes of her classes. She’s also planning to launch in-demand yoga classes in April for those who don’t live in Calgary.

“On and off the mat, Rage Yoga is an attitude,” she adds. “Centered, confident and giving zero f***s.”