Meet Pot Sasquatch. He’s big, he’s green and he wants to sell you a grow lamp.

The cannabis-themed sasquatch whose interruption of 22 News’ snow coverage went viral yesterday is the mascot for Potco, the Springfield store described by owner Dave Mech as a “Costco for marijuana.”

“That would be me,” said Mech, who confirmed he was inside the sasquatch suit when he burst into reporter Jennifer Pagliei’s live shot. “I actually saw them out there and decided to pay a little visit, say hello.” 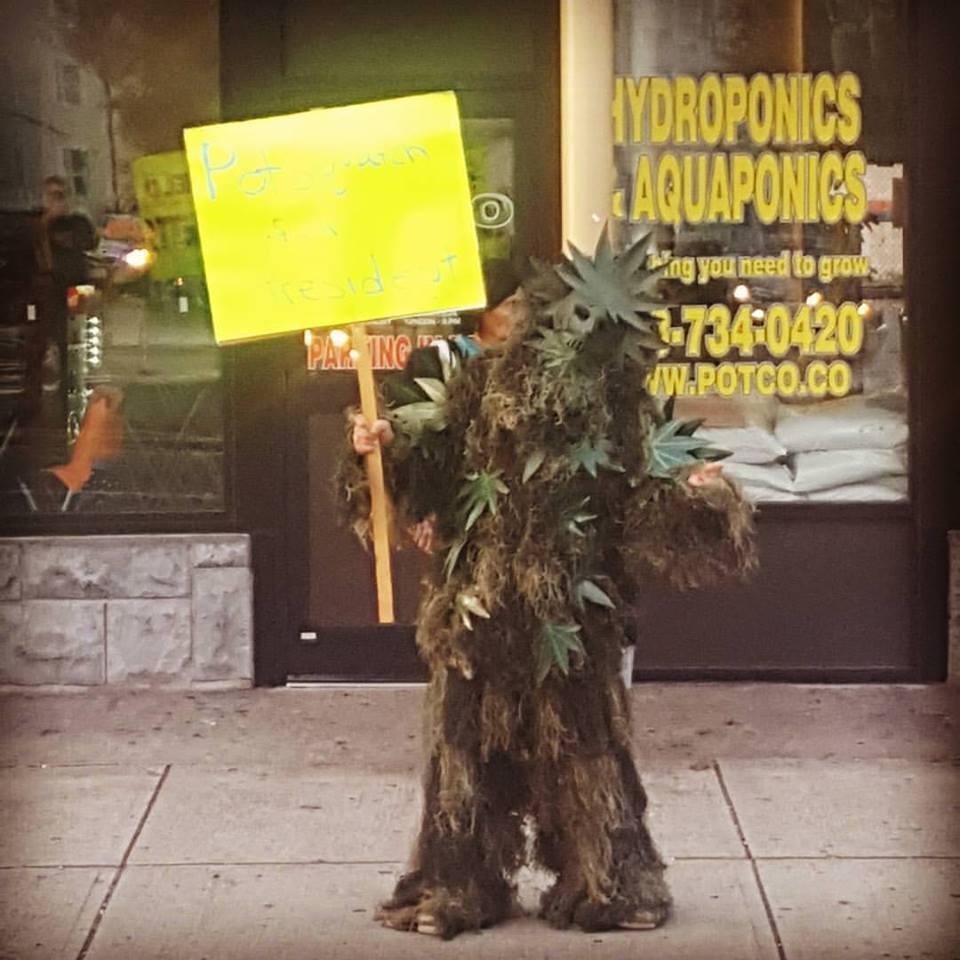 22 News was preparing for a live storm update near the X in Springfield, right outside Mech’s store. Pagliei’s report began as normal, before a lumbering sasquatch covered in fake marijuana leaves moved into the shot.

“I saw them setting up and said this might be fun,” Mech said. “I don’t wear it that often because some of the leaves are fragile, but it didn’t break when I fell in the middle of the street, which was good.”

Media outlets quickly picked up on Pagliei’s close encounter with the mythical weed beast, and dubbed it the “pot sasquatch.” It’s proper name, Mech said, is “Potsquatch;” it is the mascot of his store, which opened in the spring of last year.

Potco serves medical marijuana patients and could be in line for a market expansion, with the personal growing of marijuana plants now legal in the state.

Mech believes that marijuana can be a tool in helping people kick opioid addiction, and was looking for a “powerful” symbol when he was coming up with the mascot.

“I was thinking of Sasquatch, Karen the designer though of a ghillie suit, and what would come to mind – Potsquatch,” Mech said.