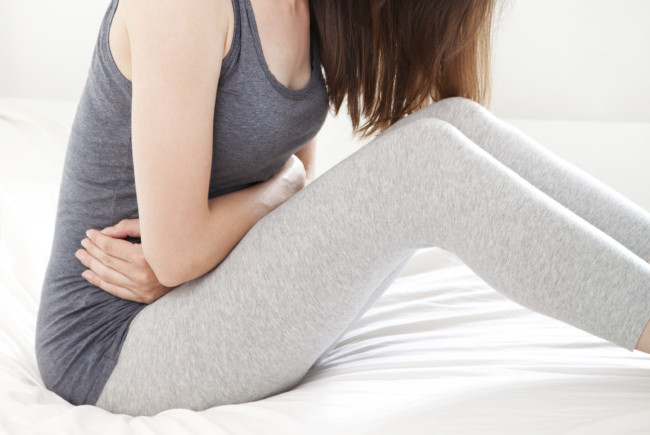 By Kaysie Garza, HelloFlo – For all the times you’ve had to justify a bout of gnarly cramps to someone who doesn’t have a uterus, you should know that there’s now scientific evidence attesting to how insanely torturous menstrual pains can be.

Does that sentence sound dramatic—say, as serious as a heart attack? It should, because that’s exactly what experts are comparing the pain to.

According to Quartz, that pain is rightfully described as agony, citing the American Academy of Family Physicians‘ definition of dysmenorrhea. The condition, described as “severe enough to interfere with daily activities in up to 20% of women” is characterized by aches and pressure in the abdomen, hips, thighs, and lower back.

According to John Guillebaud, a professor of reproductive health in London, it’s totally possible for the cramping to be as bad as a heart attack.

It’s not complaining—it’s bringing the issue to light “loudly enough for doctors to finally do something about it.”

Why does this long-awaited quote from an expert matter? It’s about validation, confirming that some women suffer intense pain before and during menstruation—and that it shouldn’t be brushed off by peers or medical professionals.

One of the key arguments presented in the article above is regarding the tendency of physicians to treat the condition nonchalantly. Would these same physicians prescribe a few hundred milligrams of ibuprofen to combat the pain of a heart attack? And, if this condition were felt by the entire population, instead of just females, would there be more adequate treatment options?

Guillebaud closes by encouraging women with intense menstrual pain to openly discuss their symptoms. It’s not complaining—it’s bringing the issue to light “loudly enough for doctors to finally do something about it.”

What You Should Know About HelloFlo

“Life is full of surprises. Your period doesn’t have to be.” That’s where HelloFlo, the shame free women’s health company, comes in… delivering just what a woman or girl needs when she needs it. Founded by Woman You Should Know Naama Bloom, HelloFlo offers one-of-a-kind “kits for your ladybits,” which are designed to help women and girls (first timers, menstrual mavens, moms-to-be) through transitional times in their lives. They are also crazy talented content creators who deliver news, info, and tips that will educate, inspire and entertain you… period. As they say, “We can’t change biology but we can make it more fun.”

PS – If you don’t know their Camp Gyno, First Moon Party Girl or Period Fairy… you should.

We want to thank our friends at HelloFlo for sharing Kaysie Garza‘s piece with us, which originally ran on their blog.