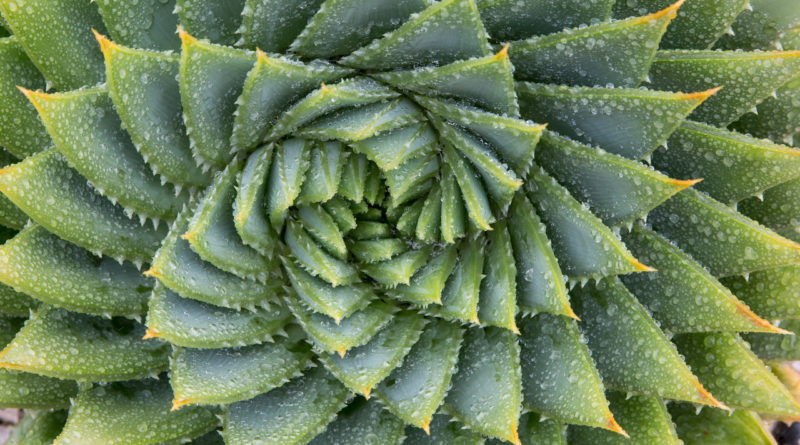 Take a minute to scroll through—your brain will thank you.

In an ideal world, you’d escape to a yoga class, or slip into a warm bath to melt away your stress. But when that’s just not doable, there are fortunately quicker ways to get zen, stat—like simply gazing at images that have the seemingly magical power to ease your mind. Below are five such photos and gifs that will deliver a moment of much-needed peace.

Psychologists have found that city-dwellers who live near green spaces feel less mental distress. But you don’t need a park view to experience the soothing effects of nature. Research has also shown that photographs of greenery can do the trick: In a 2012 study conducted in waiting rooms at a Dutch hospital, patients who were exposed to either real plants or posters of plants experienced less stress, compared to people who saw neither.

The “woosh” of crashing waves is a popular sound on white noise machines—but the appearance of the ocean may be psychologically soothing on its own. Experts have speculated that the sea instills a sense of safety in part, because of the abundance of life-giving water, and its relatively smooth surface. As Michael Merzenich, PhD, a neuroscientist at the University of California San Francisco, explained in an interview with the Santa Cruz Sentinel, “when [the ocean is] landmark-free, it’s naturally calming to us, much like closing your eyes is calming.”

Natural fractals—or repeating patterns that recur on finer and finer scales—can be found almost everywhere in nature: in shells, flowers, leaves, snowflakes, river deltas, even the veins of our bodies. The calming effect of fractals may have to do with our how brains have evolved to interpret them, says Richard Taylor, PhD, director of the Materials Science Institute at the University of Oregon. “The idea is that, through evolution, our visual system has developed to efficiently process the visual patterns of fractals that are prevalent in nature,” he explained in an email to Health. “This increased efficiency results in the observer becoming relaxed.”

Fractal designs seem to work on our brains in a similar way, though they are different from fractals found in nature. “Most artificial fractals belong to a family called exact fractals because the patterns repeat exactly,” says Taylor. Architecture based on fractal geometry can have a mesmerizing effect, like the Jameh Mosque of Isfahan in Iran, above.

It turns out “feeling blue” may not be the best choice of words. Studies have found that the cool hue actually tends to have a good psychological impact. For example, in one study, when 98 college students were asked about the associations they have with various colors, blue elicited a high number of positive emotional responses, such as feelings of calmness, happiness, peace, hope, and comfort, and a low number of negative responses, like sadness and depression. What’s more, color researcher Nancy J. Stone, PhD, a professor of psychology at Creighton University, has found that people doing challenging tasks were less anxious after they saw the soothing hue. So take a minute to soak it up, before you go back to the 1,001 things on your to-do list.