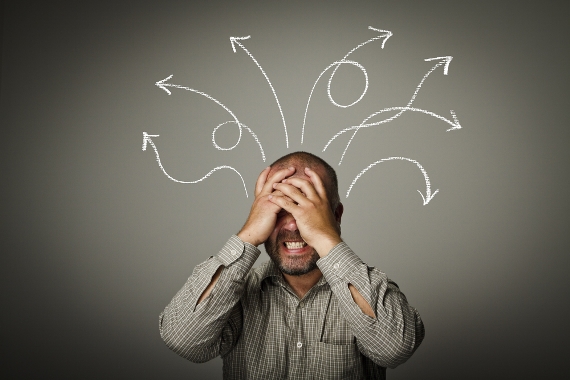 Do you sometimes have trouble making simple decisions? Have you ever wondered why this happens from time to time?

You Are What You Eat… And Drink!

Some people may have a difficult time making decisions due to an unhealthy diet.

If you consume GMO’s, please be aware of the toxins both within the food and ones that are sprayed on your food. Your senses of taste and smell may not initially detect any of these toxins, but your body will let you know through intestinal issues or tumors. Additionally, if you drink or cook with fluoridated water, please know that fluoride is a neurotoxin and isscientifically linked to lower IQs, which may result in difficulties making simple decisions.

Once you’ve ruled out your diet from the equation, then you’re left with several other possibilities on why it’s difficult to make simple decisions.

Parallel Universes Are Affected By Your Decisions!

Perhaps some people have difficulty deciding which shirt to wear on any given day? Every decision we make affects this reality along with everything that happens in parallel universes. For example, if you decided to wear a blue shirt today instead of a white one, then in aparallel universe, you wore the white one. Additionally, in other parallel universes, you wore every possibility of shirts in your closet or dresser, including the option of not wearing one at all!

Even the color of the shirt that you choose will send out a particular vibration!

We’ve all been approached by someone who commented on our clothing. Perhaps if you chose to wear a green shirt instead of a black one, you would meet someone who would profoundly change your life on that particular day?

These are the types of things that some people subconsciously think about when making a decision, and why it’s so difficult to make that decision.

Every decision we make can literally change this present reality. This has been proven through group meditation. In 1978, what is known as the “Maharishi Effect” took place when a group of 7,000 individuals over the course of 3 weeks were meditating in hopes of positively effecting the surrounding city. They were able to literally transform the collective energy of the city which reduced global crime rates, violence, and casualties during the times of theirmeditation by an average of 16%. Suicide rates and automobile accidents also were reduced with all variables accounted for. In fact, there was a 72% reduction in terrorist activity during the times at which this group was meditation.

The decision to participate in this group meditation created a overall positive change for society. On another timeline in 1978, the event never happened. The crime rates and deaths did, however, occur.

It’s possible that some people who have difficulties making decisions are timeline jumpers. While they may not specifically remember why they jumped through time, they are cognizant of the repercussions of every decision they make in present time, and how each decision affects reality every millisecond of every day.

Timeline jumping may seem a little “woo woo” for some people but please remember that when we dream, we leave all constructs of time as we know it in a 3rd dimensional reality. When we dream and enter the astral plane, we may sometimes see future events that have not yet occurred. While we may not remember these dreams, our subconscious mind does. Depending on the scenario of any given dream, we may make asked to make conscious decisions that normally would be easy to make, but subconsciously, we know that whatever decision we make may affect the outcome of every potential timeline.

Another timeline scenario involves the decision not being relative to the outcome. In other words, it really doesn’t matter because the result will be the same. In these types of scenarios, a typical answer would be “I don’t care,” “It doesn’t matter to me,” or “What do YOU think?”.

Simple decision making can affect or cause strain on relationships. For example, your partner may not understand why it’s so difficult for you to make a simple decision. Even if you were to show them this article, there’s a good chance that they still wouldn’t understand!

When You DO Make A Decision…

Sometimes, it takes people a few seconds to make a decision. While they are doing this, they are weighing out the options along with possible and future outcomes.

Other times, people can immediately answer a simple question with a quick and firm response of conviction. This can be construed as their definitive truth, at least for that particular point in space and time.

If you can relate to any of this, then you’re not alone! Please leave a comment below and share your experiences with us.

Thanks to IN5D for this article