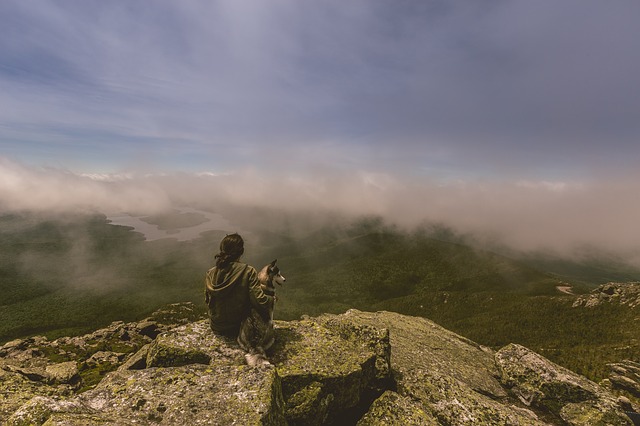 The human body begins adapting to high-elevation environments as quickly as overnight, and these biological changes can last for months – even after the person has returned to lower elevations.

For the first time ever, scientists comparing the blood of mountain hikers have observed how multiple changes affect the red blood cells’ ability to retain oxygen in low-oxygen environments – and it happens within hours.

The find contradicts an assumption that’s lasted for half a century suggesting that humans in high-altitude environments start producing new red blood cells that are more capable of supplying oxygen to their muscles and organs than the average human’s blood.

That means in places like the Mount Everest Base Camp in Nepal – where the atmosphere contains just 53 percent as much oxygen as the air at sea level – scientists thought humans gradually replaced their red blood cells with new, high-functioning versions that are better able to deal with oxygen transport and delivery.

“That’s been the story for 50 years,” Robert Roach, lead investigator and director of the Altitude Research Centre at the University of Colorado, told Richard A. Lovett at Science.

But there’s one big problem with that assumption.

While it might make sense for populations that spend their entire lives in high-altitude, low-oxygen environments – such as the mountain-dwelling Tibetans and the Andean highlanders – it doesn’t really gel with the experiences of mountain climbers and skiers.

Because while your body produces about 2 million new red cells every second, it takes weeks for all the red cells to be replaced, so how can hikers survive up there if it takes weeks to adapt?

As Lovett points out, “even ordinary people can adapt within days”.

To investigate what’s actually going on, Roach and his colleagues have been working with volunteers taking part in a project called AltitudeOmics, which is an ongoing study run by the Altitude Research Centre to figure out the basic biological changes that occur in humans as they acclimatise to high-altitude environments.

Their blood was monitored before they headed up the mountain, at several intervals on the mountain – including during a 3.2-km (2-mile) hike – and then after they had descended to 1,525 metres for a period of seven days.

After their week’s rest, the volunteers were sent back up the mountain again to attempt their 3.2-km hike once more.

Interestingly, the volunteers reported finding the second trip up the mountain as being significantly easier than the first time, and they fared much better the second time they attempted the hike.

This suggests that the volunteers had not only adapted during the first trip up the mountain, but had managed to retain the changes even after they’d returned to lower-elevation environments.

When the researchers analysed the results from the blood tests, they realised that the red blood cells weren’t being replaced – they were changing, and as rapidly as a few hours after exposure on Day 1.

The team also found that the multitude of changes related to the red blood cells’ ability to transport and deliver oxygen to muscles and vital organs were far more complex than they were expecting.

This is the first ever evidence outside the lab of red blood cells undergoing biological changes in response to high-altitude environments, and as Lovett points out, because red blood cells live for about 120 days, the changes are expected to last as long as the cells do.

“We provide for the first time supportive evidence of red blood cell metabolic adaptations that ensue within hours from exposure to high altitude hypoxia,” the team concludes.

That insight is exciting, because it means that even if you’re not born with the genetic variations that ensure the survival of approximately 140 million people living permanently in the high altitudes (more than 2,500 metres) of East Africa, Asia, and North, Central and South America, your body can still undergo changes to meet the challenges of low-oxygen environments.

The find could also inform how we treat injuries resulting in serious blood-loss in the future.

“Low oxygen is also a problem when trauma – from car accidents to gunshot wounds – causes blood loss,” says Lovett. “Finding ways to kick the blood’s oxygen-carrying capacity into high gear in such an emergency … could save lives in both the civilian sector and on the battlefield.”

The research has been published in the Journal of Proteome Research.