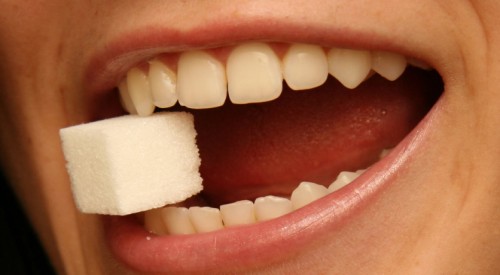 Sugar, primarily in the form of high fructose corn syrup(HFCS), is the largest source of calories in the United States today. While its mass appeal is vastly rooted in cultures worldwide, its health impacts are substantially detrimental and are often overlooked by the majority.

In his book, The Sugar Fix, Dr. Richard Johnson suggests about 50 percent of Americans consume as much as half a pound, more than 225 grams, per day. This statistic is the farthest thing from sweet.

While its no secret that sugar is a major player in the obesity, heart disease, and type II diabetes epidemic, most would be shocked to discover that sugar literally makes you dumber as well.

From our gut to our brain

In his article, Eating Sugar Makes You Stupid, Dr. Mercola discusses a number of studies pointing to the degenerative effects of sugar on the brain.

One of these studies, published in the journal Neuroscience, looked at how a high-sugar diet lead to changes in gut bacteria in mice that were in turn related to a significant loss of cognitive flexibility, which is a measure of your brain’s ability to adapt to changing situations.

“After four weeks of consuming excess amounts of sugar, the mice performed poorly on a variety of tests related to mental and physical function when compared to mice fed a normal diet,” Mercola wrote.

But upon further analysis, researchers discovered something more detrimental that had happened to the mice – their microbiome showed an imbalance of bacteria in the gut, which directly correlated with their poor performance on tests of cognitive flexibility.

Kathy Magnusson, a professor in the OSU College of Veterinary Medicine and principal investigator with the Linus Pauling Institute, said in an Oregon State University news release:

It’s increasingly clear that our gut bacteria, or microbiota, can communicate with the human brain… Bacteria can release compounds that act as neurotransmitters, stimulate sensory nerves or the immune system, and affect a wide range of biological functions…

We’re not sure just what messages are being sent, but we are tracking down the pathways and the effects.

The findings from the study only further substantiate the growing list of evidence showing the cognitive defects of sugar consumption.

Insulin resistance and the brain

In 2012, a team of researchers looked at the effects of HFCS on rats’ brains, soon to discover that rats which had been fed a diet high in HFCS faced cognitive impairment and struggled to remember their way out of mazes.

“Their brain cells had trouble signaling each other, disrupting the rats’ ability to think clearly and recall the route they’d learned six weeks earlier,” Mercola wrote.

Furthermore, the fructose-fed rats showed signs of resistance to insulin, a hormone that controls your blood sugar and synaptic function in your brain. Because insulin is able to pass through your blood-brain barrier, it can trigger neurological processes that are important for learning and memory.

“Consuming large amounts of fructose may block insulin’s ability to regulate how your brain cells store and use sugar for the energy needed to fuel thoughts and emotions.”

What happened when rats were fed Omega-3 fats with sugar

In the same study, a second group of rats was given omega-3 fats in the form of flaxseed oil and DHA (docosahexaenoic acid), in addition to the high-fructose diet. After six weeks, this group of rats was able to navigate the maze better and faster than the rats in the non-DHA group.

The researchers concluded that DHA is protective against fructose’s harmful effects on your brain.

DHA is essential for synaptic function—it helps your brain cells transmit signals to one another, which is the mechanism that makes learning and memory possible.

Unfortunately your body can’t produce enough DHA, so it must be supplemented through your diet in wild-caught seafood or a supplement like krill oil. Many Americans are seriously deficient in omega-3 fats, which means they may be especially vulnerable to the harmful effects of excess fructose.

Elevated blood sugar levels can be linked to memory loss

Mercola also stresses that even if you don’t have type 2 diabetes or pre-diabetes suggestive of insulin resistance, higher blood sugar levels appear to have a negative influence on cognition regardless.

One study found that those with higher blood sugar levels scored lower on memory tests.

For each 7-mmol/mol increase in HbA1c (a measure of blood glucose), participants recalled two fewer words on memory tests. Those with higher blood sugar levels also had lower volume of the hippocampus, a brain region linked to memory.

How insulin sensitivity relates to the development of dementia

Consumption of any grain, sugar, or starch leads to a rise in blood sugar. To help regulate your blood sugar levels, your pancreas secretes insulin into the blood stream which lowers glucose levels.

However, the downside to insulin is that it converts sugar into fat, which in turn can lead to weight gain over time.

If elevated blood sugar levels become your norm, your body eventually requires more and more insulin to be released in order to get the job done. This is when you’ve become insulin resistant, the precursor to type II diabetes.

As you over-indulge on sugar and grains, your brain becomes overwhelmed by the consistently high levels of insulin and eventually shuts down its insulin signaling, leading to impairments in your thinking and memory abilities, and eventually causing permanent brain damage, among with other health issues.

In early 2005, researchers tentatively dubbed Alzheimer’s disease as “type 3 diabetes” after recognizing that in addition to your pancreas, your brainalso produces insulin, and this brain insulin is necessary for the survival of brain cells.

Studies have found that people with lower levels of insulin and insulin receptors in their brain often have Alzheimer’s disease.

Neurologist Dr. David Perlmutter, MD insists that being very strict in limiting your consumption of sugar and non-vegetable carbs is one of the most important steps you can take to prevent Alzheimer’s disease for this very reason. He cites research from the Mayo Clinic, which found that diets rich in carbohydrates are associated with an 89 percent increased risk for dementia.

Destroying the gut destroys the brain
Your gut, which is teeming with microbial life, also communicates with your brain, via what’s known as the “gut-brain axis.” Embedded in the wall of your gut is actually your enteric nervous system (ENS), which works both independently of and in conjunction with the brain in your head. 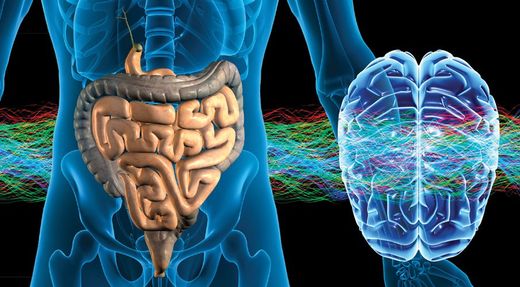 This communication between your “two brains” runs both ways and is the pathway for how foods affect your mood or why anxiety can make you stick to your stomach, for instance. However, this gut-brain connection is about far more than just comfort food or butterflies in your stomach. According toScientific American:

The gut-brain axis seems to be bidirectional—the brain acts on gastrointestinal and immune functions that help to shape the gut’s microbial makeup, and gut microbes make neuroactive compounds, including neurotransmitters and metabolites that also act on the brain.

Obviously keeping your sugar levels below 25 grams per day is ideal in decreasing your chances of dementia or other cognitive defects. For diabetics, pre-diabetics, people who are overweight, or people with high cholesterol or high blood pressure, Dr. Mercola recommends keeping sugar intake to below 15 grams per day.

Lastly, a daily probioitic is also a surefire way to correct gut bacteria levels more efficiently than receiving it from food.

Thanks to Sott for this article