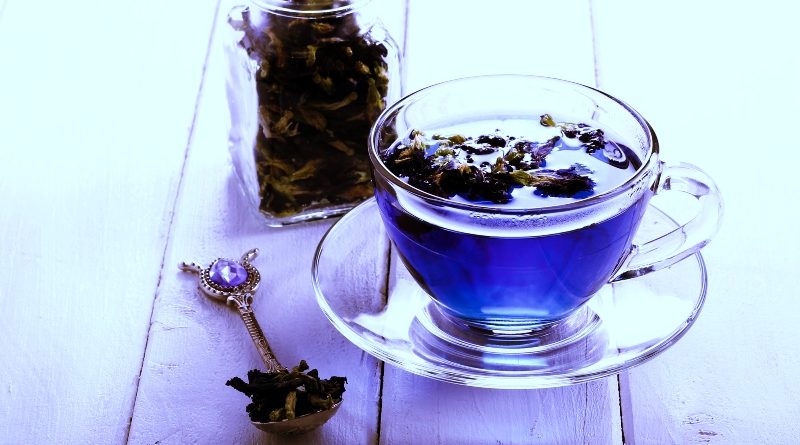 When you think of tea, you probably think of your average brown, green, or black tea varieties. We’ve recently discovered a new type of beautiful blue tea that can change colours, and has zero caffeine.

It’s called Butterly Pea Flower tea, and is made from a stunning plant native to Southeast Asia. It is commonly known as Asian pigeonwings, bluebellvine, blue pea, butterfly pea, cordofan pea and Darwin pea, and belongs to the plant family Fabaceae. 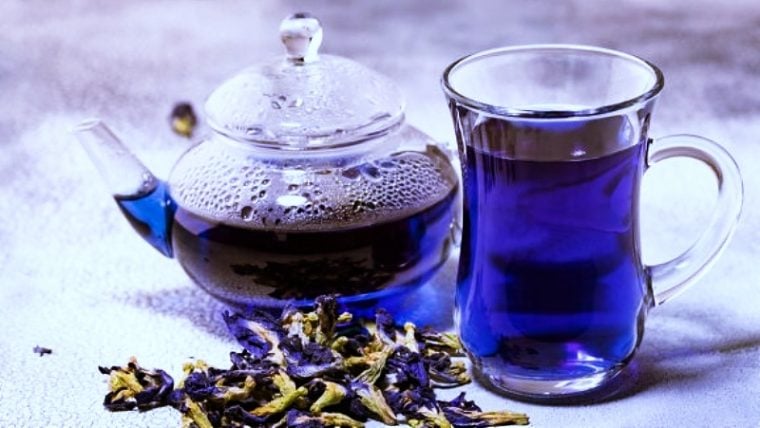 You’ve probably heard of chamomile tea, made from the flowers of the chamomile plant. While chamomile is very well-known for its mild and soothing flavour that acts as a stress buster, tea made from blue pea flowers is not that well known. Yet, it does have many of the same properties.

The tea is popular in Thailand and Vietnam, where it is served post dinner, usually with lemon and honey added to it. 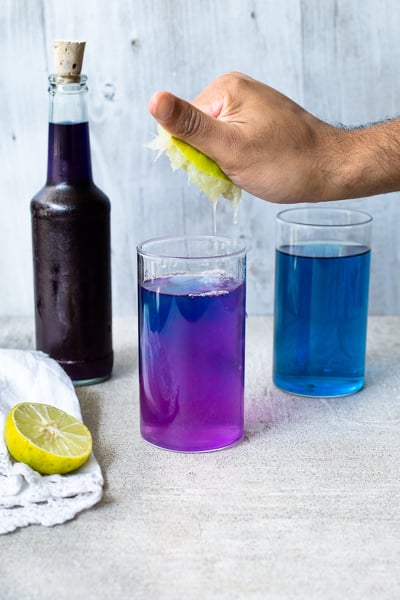 Once water is added to the tea, the deep blue liquid changes color based on the pH level of whatever is added next. Squeeze in some lemon or add in a bit of citrus juice, and the blue changes to purple. Its mood ring-like qualities have made Butterfly Pea Flower tea a hit with anyone who enjoys a little whimsy in their life.

Like green tea, Butterfly Pea Flower tea is full of potent antioxidants, and has even been studied for its ability to help protect the skin against premature aging (it fights against glycation, which is protein damage caused by an influx of sugar molecules). 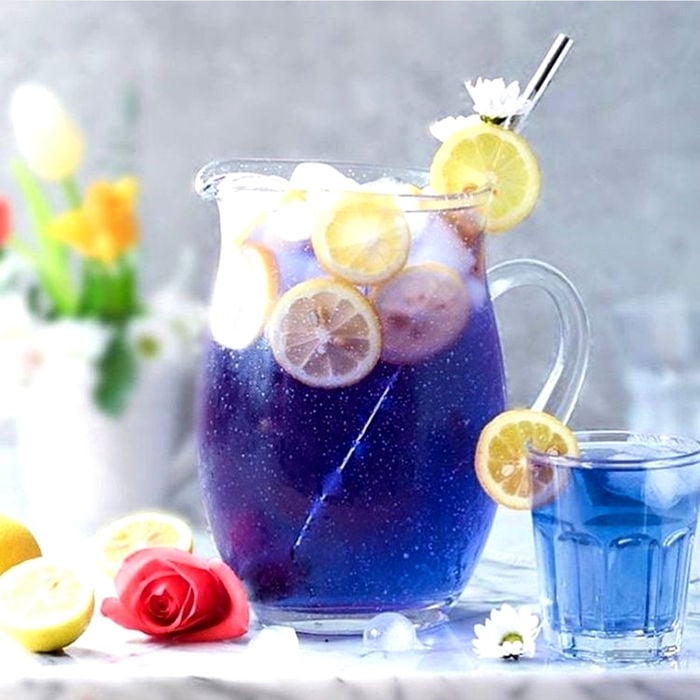 There have been additional studies showing the tea’s ability to help fight against internal inflammation.

Blue tea is not only photogenic, but it is also excellent as part of a diet for anyone who practices a holistic approach to health. Namely, it has been used in traditional Ayurvedic medicine for centuries in the treatment of anxiety, stress, but also as a sedative. 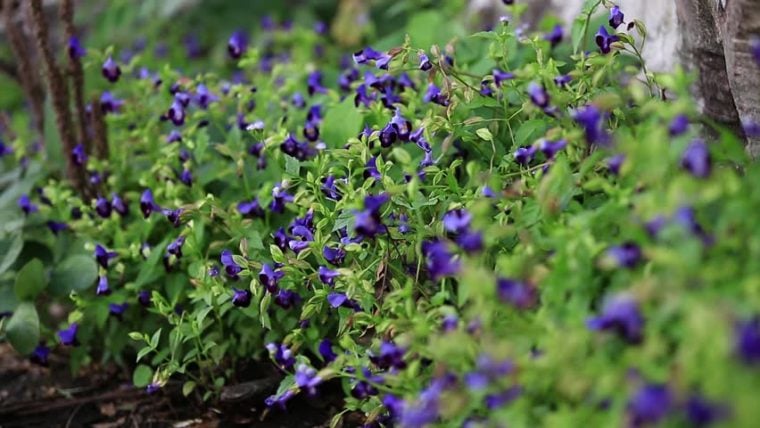 This blue pea extract is also used in the preparation of desserts to add color to various dishes, and in some parts of Asia, the flower is also used as a delicacy – marinated in a mixture of flour and fried in oil.

Have you tried this Blue Tea before?