Not only does this method make your pasta taste better than the traditional way, if everyone in the United States tried this, we’d save billions of gallons of water.

In a quest to decrease his own water footprint in the kitchen, David  Tamarkin at Epicurious started experimenting with less water-intensive cooking methods, like steaming things instead of boiling them. 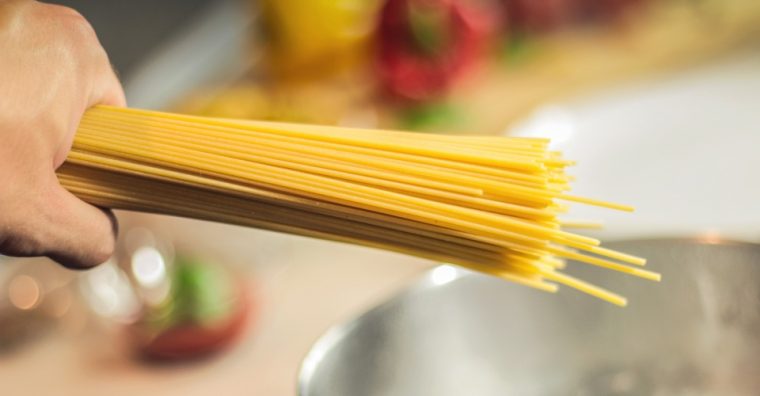 But pasta – how to handle something of which a giant vat of boiling water is part and parcel? Writes Tamarkin:

“I still found myself heating up big pots of water for pasta. I’d read somewhere – perhaps this New York Times piece that Harold McGee wrote in 2009 – that pasta could be cooked in significantly less water. But I also had a nagging voice in my head that this would be somehow incorrect – that even if it worked, the great Italian cooks of yore would start spinning in their graves.”

After some adventures with the Epicurious test kitchen, it was confirmed that less water worked, but why stop there? They went on to experiment with using no water at all, and voila, they could. Well, kind of. 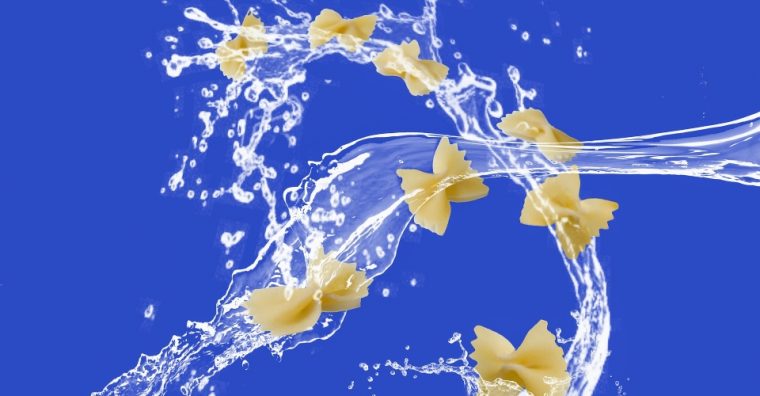 The method works by putting uncooked pasta directly in a pot of simmering sauce, topping it with just enough water to cover (which is significantly less than a whole pot, obviously) and allowing the pasta to cook in the sauce. The extra water steams off, the pasta is cooked.

I really love this method for the reasons above, but also for a selfish reason: It makes pasta taste better, in my opinion. Pasta mavens know that boiling pasta to just al dente and then finishing the cooking in the sauce can do two things: The starch from the clinging (or added) pasta water helps thicken the sauce; meanwhile, hydrating the last of the dry pasta with sauce infuses some of the saucy goodness into the pasta itself. By cooking the pasta entirely in the sauce, you end up with a beautifully thick sauce and a noodle with added flavor. While that might not be for everyone, I find that with tomato sauce, it is lovely. 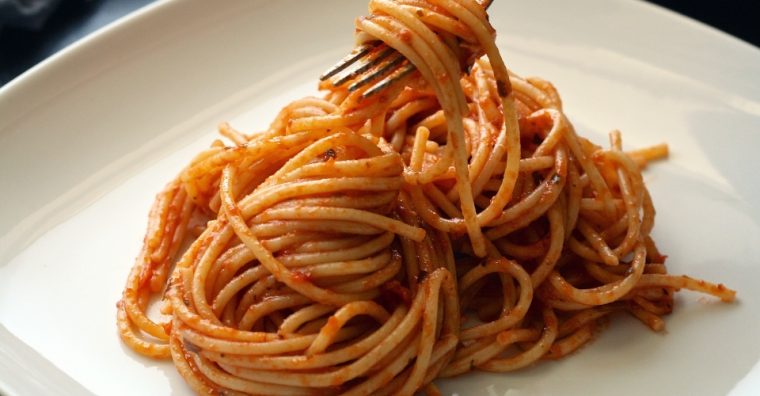 And Tamarkin and I aren’t the only ones who promote the concept: Martha Stewart’s one-pot pasta recipe instructs one to throw all of the sauce ingredients, along with the uncooked pasta, in a pot and cook until the water is absorbed. Basically the same idea, Martha-approved.