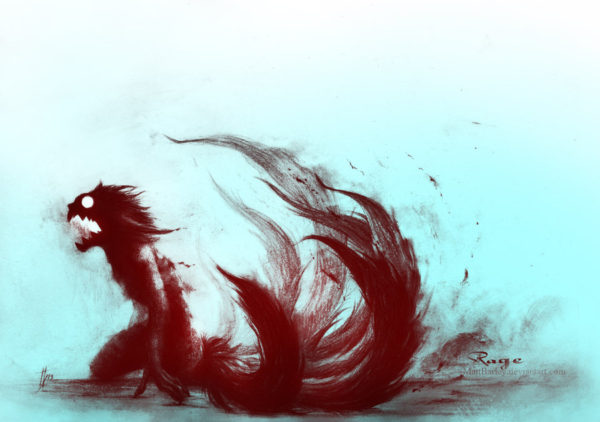 Have you noticed that when you are angry, like really angry, everything else just increases your anger? It’s as if you could turn into the Hulk just because someone looked at you the wrong way after you were already about to engage rage mode.

Yep, a lot of us have anger issues, myself included. Or, I was included. Not anymore. I still get angry from time to time, but it never reaches the point it once did.

The type of anger I am talking about is quite literally “rage”. Not “annoyed” or “frustrated,” I’m talking about blood-boiling, hand-shaking, vision-blurring anger that feels like it could consume you in it’s fire for a hundred lifetimes.

So, how does one quell the anger demon inside them?

This is going to sound like the easiest answer in the world, and it is, but that shouldn’t detract from it’s value.

Breathe. Yep, that’s the magic solution- breathing. And the funny thing is, I have told people to breathe before. When they were experiencing a serious burst of anger, I suggested that they breathe. you know what they have all said to me? “I don’t have the time.”

Bull poop, you absolutely have the time to breathe. If you didn’t you wouldn’t be here in the first place. Deliberate breathing only takes a few seconds but it can completely alter the chemical levels in your body. Cortisol, Oxytocin, Seratonin, and Dopamine levels can all be affected by simply breathing.

One exercise that helped me tremendously was the “In 4 – Out 8” method.  Slowly and deliberately breathe in to the count of four, and slowly exhale to the count of eight. With each exhale, feel your body losing tension, starting with your neck and shoulders. With each additional exhale, release tension further down your body, eventually ending at your toes.

It’s a simple technique that has been proven to work over and over again. No drugs, no therapy sessions, just a bit of oxygen to your over-stressed circuitry.