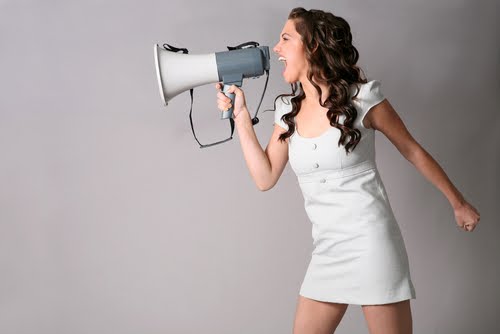 Why do people feel the need to control others and what lessons can we learn from both sides of this dilemma?

Controlling people generally fall into the Type A personality classification. These people are controlling, very competitive, self-critical, experience a constant sense of urgency, can be easily aroused to the point of anger, thrive on attention, and are generally extroverts.

We’ve all known that Type A controlling personality at some point in our lives. For me, my mother fits into this category. Despite her controlling ways, I love her with all of my heart. I know that ultimately, she only wants the best for her children. At a young age, my mother lost her mother to cancer, so she really didn’t have a role model to guide her. She became “the woman of the house” for my grandfather, who expected my mother to cook, clean, and do all of the household chores. My grandfather’s expectations of my mother are most likely the reason why she’s a Type A personality.

In just about every relationship I’ve had in my life, women were mostly controlling.

Related: So, Your Spiritual Awakening Cost You Some Friends

Enter, the Law of Attraction.

The Law of Attraction constantly brings us what we need in our lives so we can spiritually evolve. For me, it was controlling women. In my last marriage, the Universe played a funny trick on me. Not only did it send me a Type A controlling woman, she was born on the same exact day as my mother (which is why I shy away from Virgos!).

My ex-wife is a Registered Nurse and has psychic abilities. When she was little, she would get visions and sometimes, they weren’t so nice. She was raised in a Southern Christian family, so these visions were most likely not accepted or were an embarrassment to her and her family. Additionally, they scared her and she ended up suppressing her ability only to find solace within the box of conformity and has remained there ever since. I can’t help but think about how many people she could be helping (or saving) by using her psychic abilities as an RN.

So, here I am married to (basically) my mother!

What the Law of Attraction was ultimately trying to tell me was to confront my mother.

Also see: Why The Law Of Attraction Fails For Many People And How To Make It Work For YOU!

One time, my sisters and I all met at my parent’s house. My mother, who my sisters and I loving call, “The Agenda Queen,” had mapped out every minute we were there. My sisters and I just wanted to relax and make plans on the fly, but my mother already had everything planned out. That’s when I finally confronted her. I told her that we just wanted to enjoy each other’s company without any time restrictions, plans, schedules, etc.. and if we end up doing anything, WE will decide what we do. Surprisingly, my mother backed down as it was the first time any of her children stood up to her controlling tendencies.

When people try to control others, it generally shows a projection of some sort of insecurity within themselves. In other words, some part of their life is out of control. It’s very similar to when someone calls you a derogatory name. When they do this, it’s generally that which they fear within themselves. For example, if someone calls you an “idiot”, being called an idiot is probably their greatest fear, so they deflect the attention away from them, and project it onto others. Similarly, control freaks are projecting some sort of insecurities within their own lives.

Despite their need for control, control freaks have some positive attributes in a strange way. For example, we are always being led and guided to life lessons that end up being for our highest good. Sometimes, these lessons are given by control freaks. When this happens to you, try to look at the lesson from the standpoint of an observer and SEE what Universe is trying to show you because chances are, there’s a lesson in there that will help your spiritual progression.

Try to see the reason why someone is controlling you. Take an honest look at yourself and see if there’s any part og you that’s being mirrored back at you through controlling behaviors.

For example, (and we’re all guilty of this at some point in our lives) have you ever told someone, “You really need to watch this movie (or video)?” I have, and I bet you have too. No one likes being told what to do, even if it’s in our highest good and comes from a loving heart. As for myself, I rebel from anyone who tries to control me.

Let’s take the same scenario. What if someone said, “I just saw a really great movie that I thought you might enjoy.”

No demands. No control. The ball is in your court.

If someone is controlling you, there may be controlling aspects about yourself that are being projected, so if you catch yourself saying, “You need to ______” to anyone, you can thank the control freak for mirroring something that can help you in your spiritual progression.

If you are a controlling person, try using tact and/or give options instead of demanding or controlling others. Also, try to find the areas in your life that are out of control and address them with love and without fear.

Gregg Prescott, M.S. is the founder and editor of In5D andBodyMindSoulSpirit. You can find his In5D Radio shows on the In5D Youtube channel. He is also a transformational speaker and promotes spiritual, metaphysical and esoteric conferences in the United States throughIn5dEvents. His love and faith for humanity motivates him to work in humanity’s best interests 12-15+ hours a day, 365 days a year. Please like and follow In5D on Facebook as well as BodyMindSoulSpirit on Facebook!

Thanks to In5D.com for this post | Featured image source