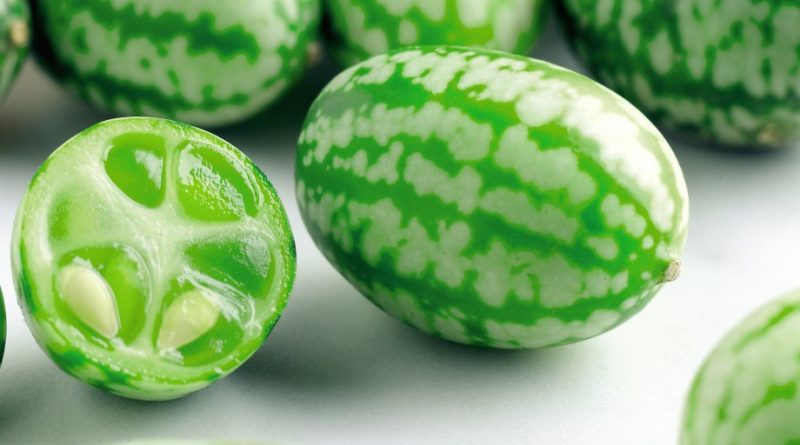 Not only do cucamelons look like adorable tiny watermelons, they also are packed with antioxidants, vitamins, and fiber.

While you may not have heard of the cucamelon, they’re rapidly becoming one of the most popular fruits on Instagram simply because they look like a watermelon that’s been zapped by a shrink ray Honey, I Shrunk the Kids style. But these little fruits are so much more than cute.

Also known as a mouse melon, the Mexican sour gherkin, or by its Spanish name, sandiita (little watermelon), a cucamelon is the fruit of the Melothria scabra vine and is about the size of a grape. But despite the name, they’re not actually a hybrid of watermelons and cucumbers.

They do have a semi-hard rind with markings like a watermelon, but the entire thing is totally edible so you can pop them in your mouth for a burst of cucumber flavor with a sour twist. Think a cucumber and lime mashup. They’re packed with nutrients making them both fun to look at and functional, and while they’re native to Central America, they can easily be grown in most parts of the U.S. 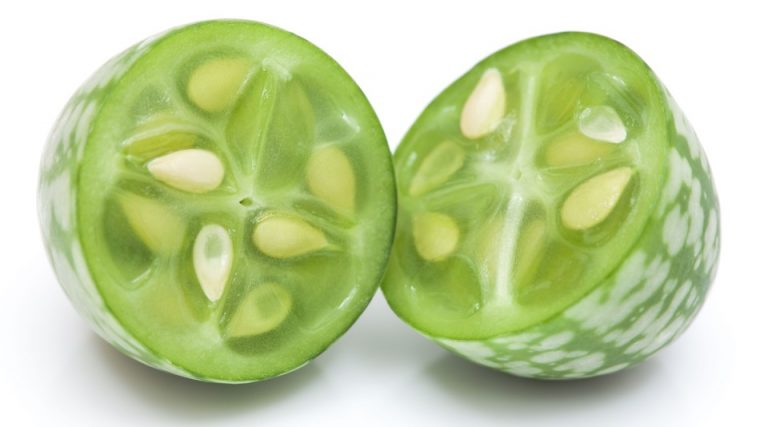 What Makes Cucamelons a Superfood?

Cucamelons are small but pack a healthful punch. They are full of vitamins and minerals, antioxidants and fiber, and are also low in calories. The nutrients they provide can help lower the risk of heart disease, stroke, and cancer.

So How Do I Grow Cucamelons?

Since cucamelons hail from Central America, they prefer climates with similar conditions. They require full sun and hot weather and don’t do well at temperatures under 50 degrees Fahrenheit. But you can still grow them yourself even if your conditions aren’t ideal. If you live in an area with hot days and cool nights, plant your cucamelons in containers rather than a garden bed. You can pull the container inside at night, then bring them out into natural sun during the day. The vines also thrive in greenhouse conditions. 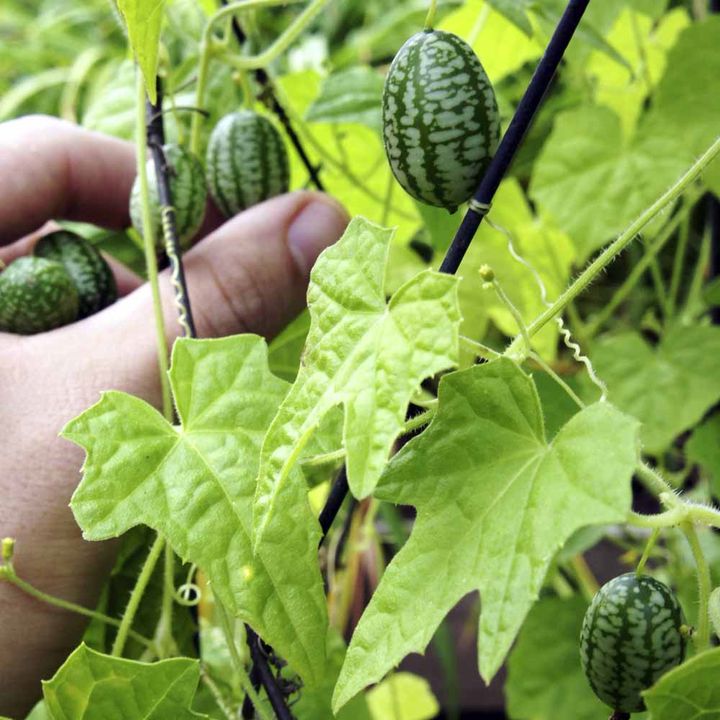 But despite their need for warmer temps, cucamelons aren’t high maintenance plants to grow. They are relatively drought- and pest-resistant and are hardier than most varieties of cucumbers, making this a truly any-on-can-grow-it type of fruit.

If you’re growing outdoors, start the seeds around the same time you would start cucumbers (April or May). Like many fruits and veggies, they like rich, well-drained soil. If you do start them in a container, you can transplant into the ground after the danger of overnight frost has passed. Water the plant well once a week, and increase to twice a week in extremely hot weather. Wherever they are planted, give this vining plant a trellis or stake to climb. 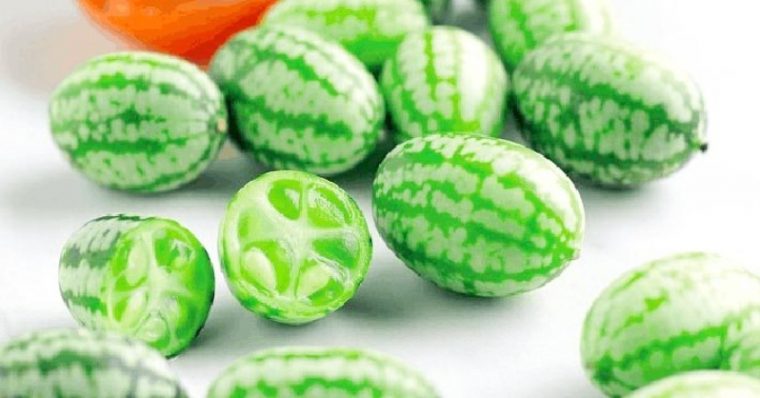