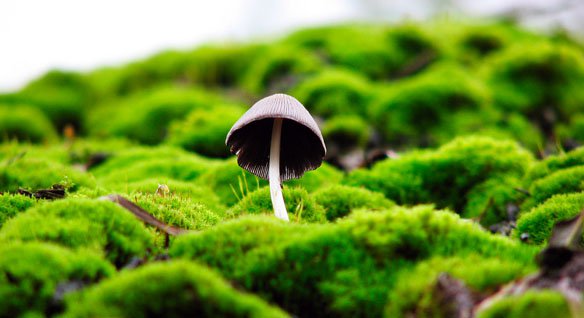 “Magic” mushrooms, which contain the psychoactive compound psilocybin, may soon become the standard go-to for reversing the number one cause of disability on the planet: depression.

In the United States, approximately 6.7% of the population suffers from depression. Whether the mental affliction is a result of disastrous life circumstances, PTSD, or unknown causes, the weight of the burden can be crushing.

While new findings suggest that depression can be combatted through a whole foods diet and balanced lifestyle, a recent study reveals that “magic” mushrooms may also be the answer.

According to a first of its kind study published in The Lancet, psilocybin mushrooms – fungi with hallucinogenic properties – were able to lift the severe depression of all twelve human volunteer participants. This is astounding, considering that the participants had been struggling through with the disease for an average of over seventeen years. The volunteers had also tried various pharmaceutical medications to find relief but hadn’t found any that offered long-lasting benefits.

“This is the first time that psilocybin has been investigated as a potential treatment for major depression. Treatment-resistant depression is common, disabling and extremely difficult to treat. New treatments are urgently needed, and our study shows that psilocybin is a promising area of future research.”

After a single treatment dose of psilocybin, most participants reported feeling a considerable lift from the disease. Amazingly, five of the original twelve severely depressed patents were in complete remission from depression three months after the study took place. They were following no other treatment plan. It took only two doses of psilocybin for all participants to experience a significant lift in resistant depression for three weeks.

Of course, the size of the small trial and the absence of a placebo mean the research, which was funded by the Medical Research Council, is a proof of principle only. In addition, the possible side effects of long-term use are unknown.

However, considering that 100,000 Americans die each year from pharmaceutical drugs, this finding is an optimistic one for sufferers of depression.

In most ‘developed’ societies, depression is treated with selective serotonin re-uptake inhibitors (SSRIs), which not only have a long list of negative side effects (including dizziness, insomnia, headaches, and even lower birth weights in infants) but need to be taken on a daily basis as well. Psilocybin works similarly, but, of course, is all natural.

“Previous animal and human brain imaging studies have suggested that psilocybin may have effects similar to other antidepressant treatments. Psilocybin targets the serotonin receptors in the brain, just as most antidepressants do, but it has a very different chemical structure to currently available antidepressants and acts faster than traditional antidepressants.”

In spite of the research, the scientists urge people not to try magic mushrooms themselves. Said Carhart-Harris:

“Psychedelic drugs have potent psychological effects and are only given in our research when appropriate safeguards are in place, such as careful screening and professional therapeutic support.

“I wouldn’t want members of the public thinking they can treat their own depressions by picking their own magic mushrooms. That kind of approach could be risky.”

While more research needs to be conducted, this finding has inspired a number of scientists to believe that the hippy counter-culture of the 1970s could one day become mainstream medicine. The only thing standing in the way is the law, of course, as psilocybin mushrooms are still classified under Schedule I, despite this study, other similar findings, and their long history of medicinal and sacred use in indigenous cultures.

This article (First-Ever Human Trial Finds Magic Mushrooms Combat Severe Depression) is free and open source. You have permission to republish this article under a Creative Commons license with attribution to the author and TrueActivist.com