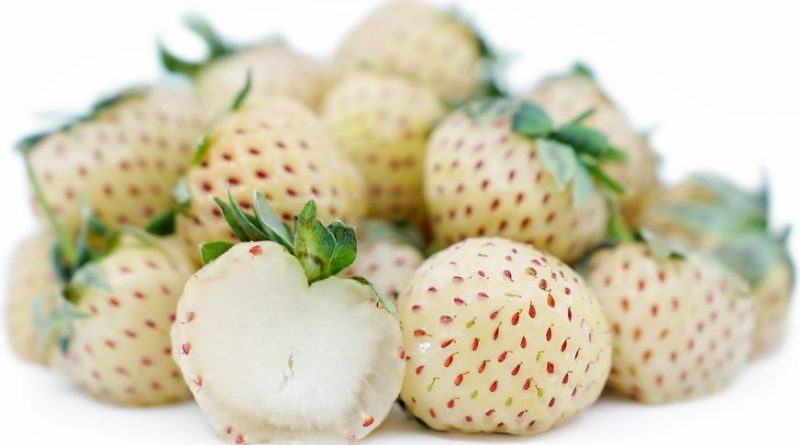 If you’ve never heard of a pineberry, you’re not alone. The ancient fruit tastes like a cross between pineapple and bubblegum.

To those who are wary of GMOs: neither the color nor the flavor comes from genetic modification. Fragaria chiloensis, the South American strawberries native to Chile, were always white with just a touch of the lightest pink. 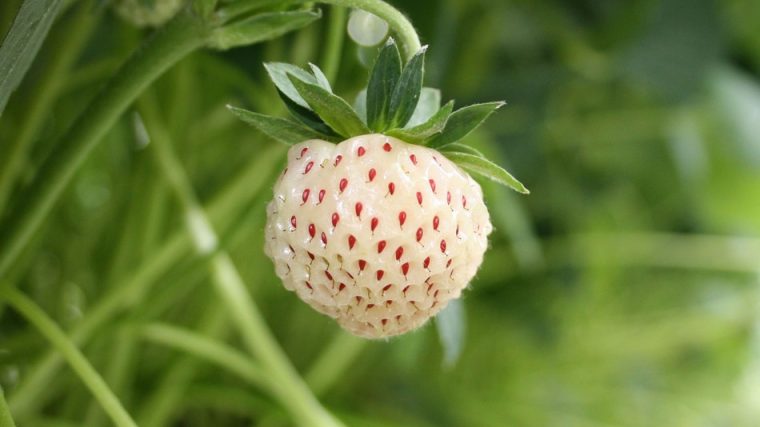 The term ananassa probably refers to pineapple flavor of the original species; pineapple is called ananas in most parts of the world. There are other white strawberries in cultivation, but they are versions of the Alpine strawberry Fragaria vesca. Unlike the pineberries, their seeds are usually white to light green, so you can tell them apart. They are much smaller too.

Pineberries now come from the original Chilean strawberry stocks that still remained with some European breeders. The breeding program started about ten years ago, and it took them about four years to bring this variety into the market.

When first introduced on April Fools’ Day, 2010, they were well received, although most people thought to be a joke at first. However, despite the public interest in these new entrants, they still remain scarce.

If you can get hold of some, it is worth growing, not only for the novelty value but for its distinctly different taste and flavor.

How To Grow Pineberries

If you have experience growing regular strawberries, pineberry cultivation can be just as easy.

To get started I recommend that you get a hold of bare-root plants or even better, plants created from runners. I got mine from a friend since pineberries, like strawberry plants, freely throw out runners that create baby plants.

If you see Pineberry seeds for sale do not buy them. Pineberries cannot be grown true from their seeds because they’re a hybrid. If you try to grow from seeds, you’ll probably end up with an ordinary red strawberry plant.