Scientists have found that people who constantly get bothered by grammatical errors online have “less agreeable” personalities than those who just let them slide.

And those friends who are super-sensitive to typos on your Facebook page? Psychological testing reveals they’re generally less open, and are also more likely to be judging you for your mistakes than everyone else.

In other words, they’re exactly who you thought they were.

That sounds pretty obvious, but this paper, which was published in PLOS One in 2016, was actually the first time researchers were able to show that a person’s personality traits can actually determine how they respond to typos and grammatical errors, and it could teach us a lot about how people communicate (or miscommunicate) online. 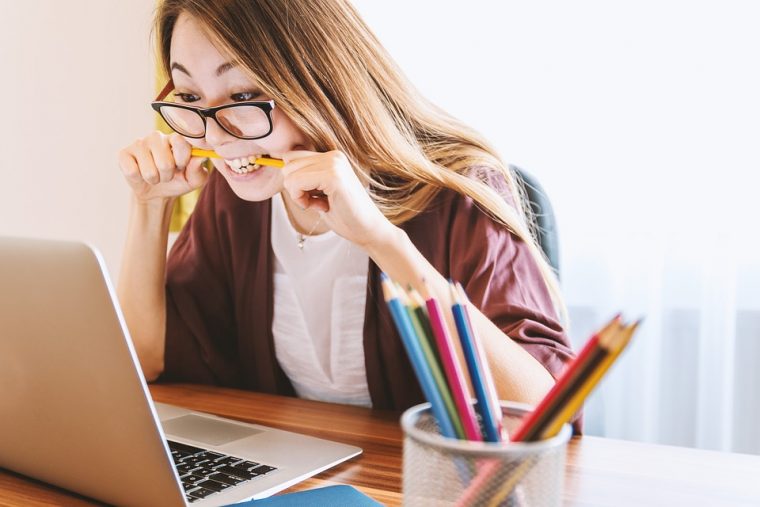 “This is the first study to show that the personality traits of listeners/readers have an effect on the interpretation of language,” said lead researcher Julie Boland from the University of Michigan back in 2016.

“In this experiment, we examined the social judgments that readers made about the writers.”

The researchers took 83 participants and asked them all to read email responses to an ad for a housemate, which either contained no errors or had been altered to include typos (e.g. “teh” instead of “the”) or grammatical mix-ups, such as too/to or it’s/its.

Those 83 people then judged the person who’d written the email based on their perceived intelligence, friendliness, and other attributes, such as how good they’d be as housemates.

They were also asked at the end of the experiment whether or not they’d spotted any grammatical errors or typos in the emails, and, if so, how much it had bothered them.

The researchers then asked the participants to complete a Big Five personality assessment – which rates where they are on a scale of openness, agreeableness, extraversion/introversion, neuroticism, and conscientiousness – as well as answer questions about their age, background, and attitude towards language.

Overall, everybody rated the fictional housemate applicants with typos and grammatical errors in their emails as worse than those with perfect spelling and grammar. But there were definitely certain personality types that judged the typo-riddled applicants more harshly.

And people who tested as being more conscientious but less open were more sensitive to typos, while those with less agreeable personalities got more upset by grammatical errors.

“Perhaps because less agreeable people are less tolerant of deviations from convention,” the researchers wrote.

Interestingly, how neurotic someone was didn’t affect how they interpreted mistakes.

The differences picked up in the research were pretty subtle – and it’s a small sample size in general, so we need to take the results with a grain of salt. But the results couldn’t be explained by people’s age or education, which suggests that personality traits were playing a role.

More research is now needed to confirm these links, but for now, take comfort in the fact that typos can happen to everyone, but it takes a particular type of person to constantly point them out to you.

The research was published in PLOS One.