While depression can affect a person psychologically, it also has the potential to affect physical structures in the brain. These physical changes range from inflammation and oxygen restriction, to actual shrinking.

In short, depression can impact the central control center of your nervous system.

“Greater inflammation in the brain is a common response with degenerative brain diseases as they progress, such as with Alzheimer’s disease and Parkinson’s disease,” says senior researcher Jeff Meyer. 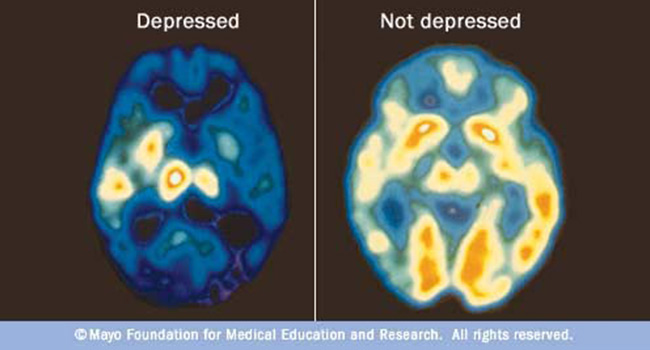 And this is not the only way depression can leave marks on the brain. Last year a study of more than 3,461 individuals found a connection between depression and reduced integrity in people’s white matter of the brain.

Other studies have shown that persistent depression can shrink the hippocampal area of the brain, leading to problems with behaviour, emotions, and memory.

It’s a complex picture, but any study that tells us more about depression and its effects on our physical and mental well-being should prove useful in working out better ways of beating it.

The team behind this study now wants to see more research into patients who’ve had untreated depression for an extended period of time. Let’s hope they find some light at the end of the tunnel.

How can I help prevent these changes?

It’s very important to be willing to ask for help. Unfortunately, the stigma around mental illnesses is a major obstacle to people getting help, especially among men.

When we understand that depression is a physical disease — as we’ve shown above — it can help society move away from these stigmas.

If you have depression, remember that it’s not your fault and you’re not alone.

Cognitive and group therapy, especially those incorporating stress-relieving mindfulness techniques, can be a great resource for finding support and overcoming these stigmas. They’ve even been shown to help treat the symptoms of depression.

The research has been published in The Lancet Psychiatry.