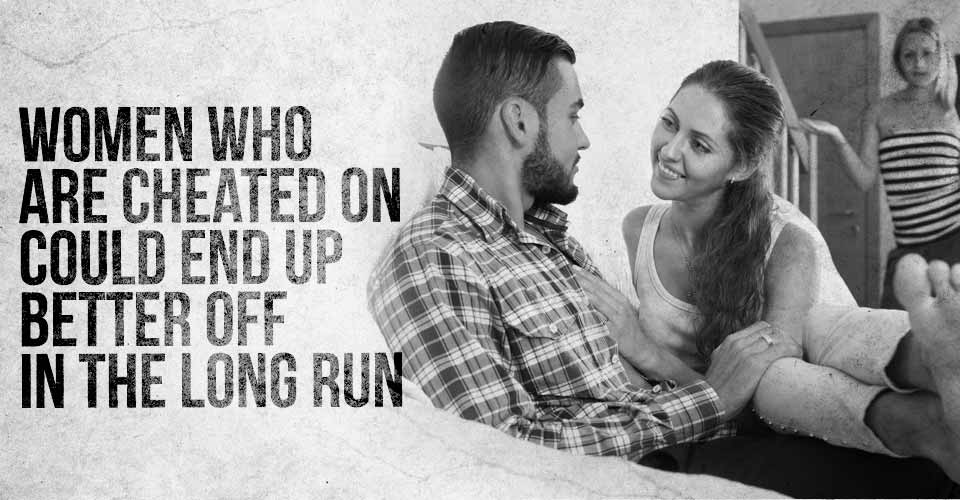 It’s a story we know all too well – a man cheats on his wife and ultimately leaves her for the other woman. The home is shattered and the wife’s heart is broken, while the husband and his new lover ride off into the sunset – or do they? New research suggests that the jilted wife may actually be better off, and the new lover is the one who is losing out. Your grandmother told you so, and now science has proven it – there’s no good that comes from stealing another woman’s man.
Buy an “Intelligence is sexy” t-shirt!

In the past, research regarding infidelity has focused primarily on the short-term consequences. However, researchers from Binghamton University and University College London recently conducted a study that examined the long-term impact that this sadly common situation has on each woman’s personal development. The study, published in The Oxford Handbook of Women and Competition, found that women whose mates cheat on them and leave them for the other woman ultimately end up benefiting from the situation. Meanwhile the “other woman” often struggles in her new relationship.
Sex With Others Isn’t The Only Way of Cheating In Our Relationships.

“Mating intelligence” is a term that the scientists used to describe a woman’s ability to identify a good husband, or one of “high mate value.” The researchers examined the impact that this experience has on each woman’s mating intelligence, future relationships, and future mate’s value as a husband. It was the largest ever study on this topic, with 5,705 participants in 96 countries.

“The woman who ‘loses’ her mate to another woman will go through a period of post-relationship grief and betrayal, but come out of the experience with higher mating intelligence that allows her to better detect cues in future mates that may indicate low mate value. Hence, in the long term, she ‘wins,’” said lead author Dr. Craig Morris of Binghamton University. “They can learn that they are not alone — that virtually everyone goes through this, that it’s okay to seek help if needed, and that they will get through it.”

“The ‘other woman,’ conversely, is now in a relationship with a partner who has a demonstrated history of deception and infidelity. Thus, in the long-term, she ‘loses,’” added Morris. Once again, your grandmother was right – if he’ll cheat with you, he’ll cheat on you.
4 Ways that We are Unintentionally Unfaithful in Our Relationships

We have all long known that infidelity of any kind is wrong. Now, thanks to this research, we can disprove the thought that “all’s well that ends well.” If you steal a married man, it will not end well. It will end with you married to a liar and a cheater. The other woman, however, will ultimately find a stronger and happier self.

Thanks to IHeartIntelligence.com for this post and featured image