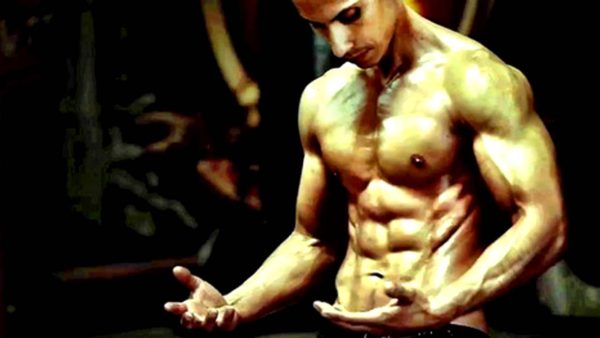 Whether they are savants who can paint a masterpiece blindfolded in seconds, geniuses who can calculate numbers only a computer could, or regular people who can remember every single detail of their lives down to the date and time, humans with special abilities seem to be abundant in society. But special abilities go far beyond what many savants are doing today, and science has been studying these abilities for decades, despite the fact that the results are not always emphasized by mainstream academia. Below are a few of many examples that will make you stop and question what you think you know.

Remote viewing is the ability of a person to describe a remote geographical location up to several hundred thousand kilometers from their actual physical location. It’s not just one person who can do this, but multiple human beings can and this is a verified fact. The CIA and NSA, in conjunction with Stanford University, were involved in the scientific study of parapsychological phenomena that that lasted more than two decades, which also included remote viewing.

In these experiments, multiple individuals were able to describe distinct objects that were located in a separate room, and at other remote physical locations from where their body was not.(source 1)(source 2)(source 3)

It’s kind of like projecting your consciousness outside of your body to another location that is, again, away from your current physical location.

As reported by a publication in the Journal Scientific Exploration, one of the study’s participants, Ingo Swann, was able to successfully describe and view a ring around Jupiter that scientists had no idea existed at the time. (source 1) Ingo has gone on to write about remote viewing the moon and other strange anomalies within the realm of parapsychology.

Remote viewing was actually used by intelligence agencies, which is why they spent large amounts of money, time, and years investing in the program. Who knows what information still remains classified from it?

Another great example comes from the work of professional aerospace engineer and physicist Jack Houck. He, alongside Army Colonel J.B. Alexander, was responsible for holding a number of sessions to test the validity of psychokinesis (moving objects with the mind). In these sessions, attendees were taught how to initiate their own PK events using various metal objects. Individuals were able to completely bend or contort their metal specimens with no physical force being applied whatsoever. (source)(source)

There have also been reports of individuals (mostly children) being able to “teleport” full physical objects from one location to another. (source)

One notable individual was Psychic Uri Geller, who, during a talk he gave at the U.S. Capitol building, caused a spoon to curve upward with no force applied. The spoon then continued to bend after he put it back down and resumed speaking. (source)

Regardless of whether you think this is a hoax, or question the validity of what happened with Uri Geller, the fact that consciousness has some sort of measurable affect on our physical material world is now, at least some scientists believe, firmly established in scientific literature.

The quantum double slit experiment is one great example out of many. Although science has observe these types of phenomenon, it can’t explain it yet. Perhapsquantum entanglement has something to do with it?

For a selected list of downloadable peer-reviewed journal articles reporting studies of this type of phenomena, mostly published in the 21st century, you can click HERE.

Stephen Wiltshire, diagnosed with autism at the age of 3, is an artist who draws and paints detailed cityscapes. He’s most known for his ability to observe accurate representations of cities for seconds, and then depict them with remarkable precision.

Below is a video of Wiltshire drawing the Singapore skyline from memory.

Wim Hof raised the eyebrows of many scientists after he was able to use meditation to stay submerged in ice for almost two hours without his core body temperature changing one bit. This is remarkable, and adds to the growing body of evidence that points to the important role consciousness plays in our body’s reaction to certain situations/ailments.

Since Wim was able to successfully maintain his core body temperature in such a harsh environment, he’s since gone on to climb Mount Everest in his shorts, resist altitude sickness, complete a marathon in the Namib Desert with no water, and proven under a laboratory setting that he’s able to influence his autonomic nervous system and immune system at will.

Almost everything this man has done was thought to be impossible by most. Below is a documentary done on Wim by VICE news if you are interested.

During a visit to remote monasteries in the 1980s, Harvard professor of medicine Herbert Benson and his team of researchers studied monk living in the Himalayan Mountains who could, by g Tum-mo ( yoga technique), raise the temperatures of their fingers and toes by as much as 17 degrees. This is very significant, and it’s still unknown how the monks are able to generate such heat. (source)

It doesn’t stop there, the researchers also studied advanced meditators in Sikkim, India, where they were astonished to find that these monks could lower their metabolism by 64 percent.(source)

In 1985, the Harvard research team made a video of monks drying cold, wet sheets with body heat alone. Monks spending winter nights 15,000 feet high in the Himalayas is also not uncommon.

Can yoga, meditation, and other similar practices unleash our inherent supernormal mental powers?

Just over a year ago, I wrote an article regarding meditators collapsing quantum systems at a distance, you can read that HERE.

There is no shortage of literature when it comes to Buddhist monks, and monks from all over the world, who possess “supernormal” abilities.

If you’re further interested in this subject, I recommend reading “Supernormal: Science, Yogo, and the Evidence for Extraordinary Psychic Abilities” by Dr. Dean Radin, Chief Scientist at the Institute of Noetic Sciences.

In 2004, Daniel Tammet gained a lot of public attention when he recited the mathematical constant Pi (3.141…) from memory to 22,414 decimal places in 5 hours, 9 minutes, without error. The recitation took place at the Museum of the History of Science in Oxford and set a European record.

He was diagnosed with high-functioning autistic savant syndrome that same year, as he is able to perform a number of complex mental tasks, and learn at the rate another “normal” mind could not.

This is common among “autistic” people, and Daniel emphasizes himself that the differences between savant and non-savant minds have been exaggerated by the medical industry. According to him, his astonishing abilities are not the result of a genetic quirk, but are rather the results of a highly rich and complex associative form of thinking and imagination. According to him, autistic thought is an extreme variation of a kind of thinking that all of us do, from daydreaming to the use of puns and metaphors. (source)

Thanks to Collective Evolution for this post | Featured image source