Waking up early is no easy feat, especially if you stay up late at night. Particularly, if you stay up later than 11 pm, it can be extremely difficult to wake up around 5 am or 6 am. Yet, a study from the University of Colorado Boulder discovered that those who wake up later in the morning are more likely to have depression.

The study was a joint effort from the University of Colorado Boulder, The Channing Division Of Medicine in Brigham, the Women’s Hospital in Boston. Scientists from the group tested nearly 32,000 females that worked in the field of nursing; the mean age of participants was 55 years old. Their findings illuminated an interesting hypothesis: women who woke up early were less likely to suffer from depression.

The study took multiple years, as every two years the participants were given a survey on their health. Part of the reason for this survey was to discover their preferred time to fall asleep, and their preferred time to wake up. Findings revealed that only 10% of females in this study were “evening” people, 37% were “morning” people, and a whopping 57% were in the middle.

The findings didn’t stop there. According to the research, there was a 12%-27% higher likelihood that women who spent more time in the sun would not develop depression. There seemed to be a strong correlation between sunlight exposure and happiness. Women who identified as being “in the middle,” or as an “evening” person, and who also didn’t get much sun exposure, were more likely to develop depression. Also, women who enjoyed the evening hours were much more likely, and, preferring to live alone. 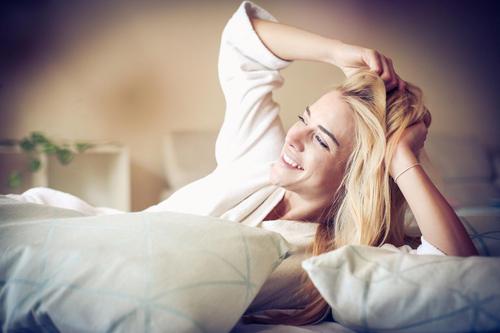 What we’re talking about is chronotype: the preference to different parts of the day. Dr. Celine Vetter, one of the main authors and contributors to the study, who also works at a sleep lab for a university, explains the matter further. She believes that chronotype is a primary influencer in a woman’s chance for developing depression. She believes that how much light you’re getting throughout the day influences your chronotype, which also plays a role in the likelihood a woman will have depression.

It’s unfortunate, but in today’s world depression can easily be ignored as a nonissue, both in the person its affecting as well as people closest to them. Depression can be hard to pinpoint in others, especially when they’re able to hide it. However, if this condition is not treated properly, it can quickly lead to more serious issues. One of the most simple and effective treatments includes tweaks to lifestyle choices, such as getting more sun throughout the day.

Dr. Vetter makes it clear that coupling the amount of sunlight you receive with the right amount of sleep will have an even greater impact. In other words, sleep can be just as important as sunlight exposure. She believes a healthy lifestyle, one that also includes the right amount of exercise, can also have an impact.