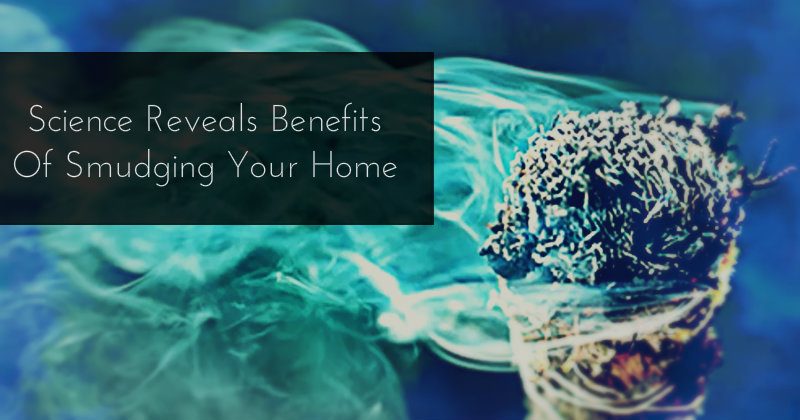 Smudging is known as an effective way to rid your home of negative energies and evil spirits. But recent studies suggest it could actually be doing more. While many people think that smudging is a new age technique, it is actually traced back to Native Americans thousands of years ago.

People who practiced would burn some herbs in a bowl. It was a sacred ritual called the Sacred Smoke Bowl Blessing. The smoke would then create cleansing properties throughout the room. Today, people tie the herbs together in a smudging stick to make the process easier. Many people are skeptical of this practice. They don’t think it actually gets rid of negative energies or evil spirits. Does it actually work or is it just a placebo effect? If you think the negative energies are being removed, wouldn’t you automatically feel more positive as a result?

Recent studies show it might have a physical benefit as well as. The smoking delivery system is shown to have benefits on its own. It’s being looked into as a potential medicinal delivery system in the future. It could be a much more effective way for someone to get their medicine while also providing them with benefits to their neurological health and the health of their lungs. 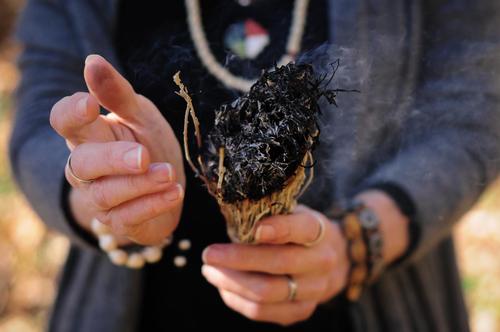 Smudging is known to not only cleanse a room of negative energy, but it also is proven to cleanse a room of airborne bacteria. One study shows that when the herbs are burned for 1 hour, it removed 94% of the bacteria in the area. A month later, there was an undetectable amount of bacteria in the air. This is more effective than the antibacterial spray many people use that are full of harmful chemicals.

While the effects of pathogens and their impact on our lives is not fully known, society today urges us to use chemicals to kill off harmful bacteria anywhere and everywhere. However, this recent study makes us consider the number of chemicals we are bringing into our lives.

Is it really necessary to use so many chemicals in our every day lives? Was the answer to this question discovered thousands of years ago? For the avid believers of smudging, it is not hard to believe that smudging has many more benefits than cleansing negative energies. This could be the answer to a more natural way to protect our homes.