Whether we think of ourselves as religious or not, lots of people experience moments in life that can be considered spiritual – where we feel a greater sense of meaningfulness, serenity, or connection with the world around us.

Now, scientists think they’ve pinpointed where those transcendental moments are processed in the human brain, identifying a region in the parietal cortex that appears to be involved in experiences that go beyond our ordinary state of being.

“Spiritual experiences are robust states that may have profound impacts on people’s lives,” says one of the researchers, neuroscientist Marc Potenza from Yale University.

“Understanding the neural bases of spiritual experiences may help us better understand their roles in resilience and recovery from mental health and addictive disorders.”

To ascertain where these moments of spiritual insight take place inside people’s heads, Potenza’s team interviewed 27 healthy young people, inviting them to help develop a personalised ‘imagery script’ in which they recalled a spiritual episode from earlier in their lives. “We would like you to describe a situation in which you felt a strong connection with a higher power or a spiritual presence,” the participants were instructed.

“Spiritual states are those that through a felt-sense connect you to something bigger than oneself, a oneness, or strong force which may be experienced as an energy, force, higher power, God, deity or transcendent figure or consciousness.”

In a separate session one week later, the same volunteers underwent fMRI brain scans recording their neural activity as they listened to a neutral female voice reading a script of the spiritual experience they had recounted.

The idea was to make them recall the personal moments where they felt a transcendent experience of something bigger than themselves, while imaging their brain activity to see where and how that spirituality registered itself cognitively.

“Across cultures and throughout history, human beings have reported a variety of spiritual experiences and the concomitant perceived sense of union that transcends one’s ordinary sense of self,” the team explain in their paper. 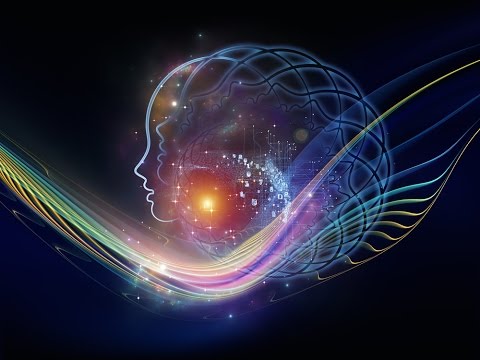 “Nevertheless, little is known about the underlying neural mechanisms of spiritual experiences, particularly when examined across different traditions and practices.”

The results showed that when the spiritual experiences were recalled, participants exhibited similarly reduced patterns of activity in the left inferior parietal lobe (IPL), which is involved in awareness of self and others, as well as reduced activity in the medial thalamus and caudate, regions associated with sensory and emotional processing.

“Taken together, the present finding suggests that spiritual experiences may involve a perceived encounter with a spacious ‘presence’ or entity external to oneself,” the researchers write.

“This interpretation is consistent with a strong feeling of connection or surrender to a deity or other revered figure, as often reported in religious and spiritual literature.”

It’s important to note one of the chief limitations with this particular research.

Specifically, the team are basing their findings on a study of only 27 participants, all of whom were young, English-speaking people recruited from New Haven, Connecticut.

Of course, their experiences of spirituality can’t be said to be representative of everybody else’s – which is something the team acknowledges and says should be extended upon in subsequent studies, by incorporating people from a more diverse set of backgrounds.

But to the extent that this study offers us new insights into how feelings of spirituality occur inside the brain – and the attendant calmness and sensations of connectedness that go along with it – it could be a great launching point for future research into the neurological mechanisms of mental health.

By improving “our empirical understanding of how spiritual experiences are mediated by the brain,” the researchers write, we will be able to help “facilitate the judicious integration of spirituality into treatment and prevention in areas of mental health conditions”.

The findings are reported in Cerebral Cortex.