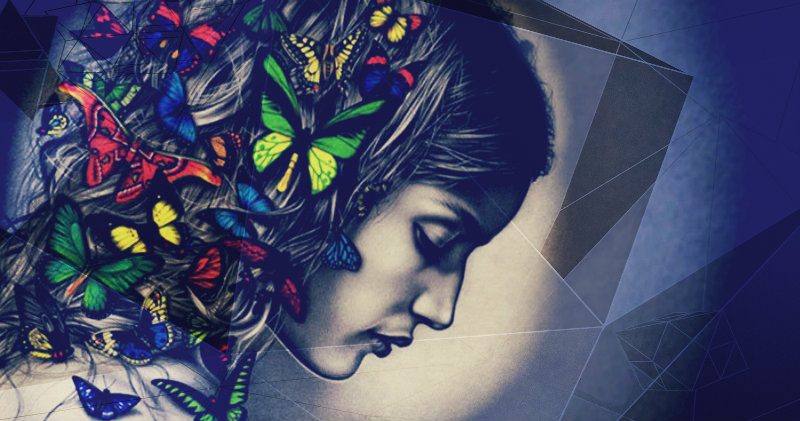 Are you an introvert? Good news: You’re apparently the most highly evolved personality type, according to research.

Yes, seriously. When renown psychiatrist Carl Jung first described the terms introversion and extroversion, he noted the introvert personality as being more mystical and spiritual than its extrovert counterpart. And now, research points to the former as being more evolved. Read on below for more details.
Do you identify as an introvert or an extrovert? Sound off in the comments section!

”I” and “E.” In describing the introvert personality as more mystical and spiritual, Jung noted that extroverts were more focused “on the objective and practical,” according to YourTango. At the end of the day, Jung’s complex theory on the matter laid the groundwork for the “I” and “E” on the Myers-Briggs scale.

Existing together. Though it might sound like Jung preferred introverts over extroverts, that’s simply not the case. In fact, he didn’t see one type as better than the other. Instead, he saw them as “existing together,” YourTango reports.

Theory. Jung’s theory states that both introverts and extroverts exist together on an “evolving continuum.” This theory of “evolving human consciousness” is described as this, per YourTango: “We evolve over time. As we begin, we don’t perceive what is known as subtle energy. Instead, we tend to perceive only what we can see with our eyes.”

Theory. The theory continues: “The hard stuff. The physical stuff. We don’t really try to examine our inner world, because we’re so focused on the outer world.”

Extroverts. In laymen’s terms, the theory suggests that there are people who watch and copy what other people do. In short, these people compete and try to be better than others. These kind of people are — as you might have already guessed — extroverts.

Extroverts. YourTango explains: “We are the extroverts, for whom being with others is liking plugging into an outlet to recharge our battery. When we’re alone, we extroverts may feel our energy plummet and start to feel depressed. In those moments, we forget that we can tap into our own inner energy reserves.”

Begin to evolve. Slowly but surely, *some* extroverts began to evolve and started to develop a sensitivity to more subtle waves of energy— the “not hard” stuff. Enter introverts. “We begin to feel bandwidths of energy that vibrate at a higher and faster speed than those material layers we had been focused on at the slower speeds that made them more easily visible to our eyes,” according to YourTango.

The phone analogy. This higher sensitivity can be put into perspective when thinking of a phone. As an extrovert, one can feel the phone itself. But as an introvert, one can actually feel the energy vibrating off the device. Pretty cool, huh?

Pros and cons. Naturally, this higher sensitivity can be both good and bad. “On the upside, we feel energy more readily because we’ve developed this amazing radar,” YourTango notes. “We more naturally feel our own energy, and we are able to recharge on our own. To do so, we simply go within to where we feel our own vibration at the source. We luxuriate in the energy field that is our own being.”

Pros and cons. The downside? An overwhelming sense of energy that’s “screaming” at you 24/7. “From this perspective,” YourTango explains, “introverts are considered to be people who have evolved to a higher consciousness, simply because they can feel the energies of higher, faster vibrations.”

”We” consciousness. As a result, introverts tend to live from more of the “we” consciousness motivations, YourTango notes. Meaning that they focus on collective energies and intentions, and try to use themselves as vessels for the greater good.

Other research. Of course, this isn’t the first time science has looked into the link between a human characteristic and evolution. Writing for the New York Times in 2011, Susan Cain detailed how shyness is actually an attribute that has contributed to the survival of the human species.

Celebrated, not medicated. In her report, Cain explained how shyness is something that should be celebrated, not medicated. At one point, she notes how many scientists have categorized animals as either “sitters” or “rovers” based on the way they behave. While “sitters” are shy animals that tend to wait on the sidelines, “rovers” explore and roam around looking for food.

World of humans. Thus, sitters are shy animals, while rovers are outgoing. And though the latter are the first to warm up to new situations and investigate, they’re also the first to, well, get killed by another animal. In the world of humans, similar archetypes exist: Introverts and extroverts.

Advantages. Though both extroverts and introverts have their advantages, the extroverted personality tends to get its “owner” in more trouble. By comparison, introverted people tend to be more observant, conscientious, and careful, Cain explains. Not to mention, they’re also better at doing thorough work and staying on task.