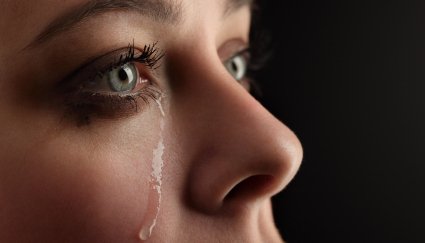 Psychologists have come up with an official test to measure your need for drama.

We all know someone who just seems to thrive on drama, whether they’re directly involved in it or are gleefully spectating from the sidelines with a bag of popcorn in hand.

And while it seems like a lame personality trait that you hope they’ll grow out of, psychologists are becoming increasingly interested in the way certain personalities tend to insert themselves into drama, or create it for themselves, because it can have pretty serious consequences on not only their life, but for those around them.

“People with drama-prone personalities generally live chaotic lives and inflict contrived crises on family, friends, and co-workers,” a team from the University of Texas explain in a new study.

‘High drama’ individuals tend to have long histories of failed relationships, search out conflict in the workplace and on social media, and not only engage in gossip about others – they complain about being the subject of gossip themselves.

“[They] seem to see the world as happening to them,” the researchers report in the journal Personality and Individual Differences, “which likely makes them reactive to perceived slights.”

This new scale is based on three main factors:

After testing a range of potential measures for NFD against various statistical models, the team, led by psychologist Scott Frankowski, came up with this 12-point survey, which tests characteristics such as an individual’s paranoia, outspokenness, and self-absorption:

As psychologist Scott Barry Kaufman from the University of Pennsylvania, who was not involved in the research, explains, after submitting almost 500 volunteers to the test, they found that those who scored highly on the NFD scale were more likely to display so-called dark triad personality traits, such as non-clinical psychopathy, non-clinical narcissism, and Machiavellianism.

High NFD individuals also showed a higher tendency towards gossiping, neuroticism, and an external locus of control – a feeling that you can’t control the negative things that happen to you, even if you actually did play a role in making them more likely.

“The scale was also negatively related to conscientiousness, agreeableness, and self-esteem,” says Kaufman.

That’s important, because while all three traits share similar characterisitcs, “people with both BPD and HPD tend to be at risk for self-harming, but people with a high need for drama do not,” Melissa Dahl writes for Science of Us. That means NFD can now be defined as a less severe, non-clinical version of those disorders, and knowing this will help psychologists to better understand and treat their patients.

The study also finally puts an end to the whole ‘drama queen’ myth, which is as sexist as it is false. As Kaufman explains, unlike those other disorders, the Need for Drama personality trait was not gender-biased – women were no more likely to test positive for the trait than men, despite what 30 Rock’s Jenna Maroney would have you believe.

“Clinicians have always labelled women with these traits but my thought was I know a lot of men who are also exhibit these very dramatic personality traits,” Frankowski told Science of Us.

It’s about time we put that one to bed.

Thanks to Sott.net for this post | Featured image source