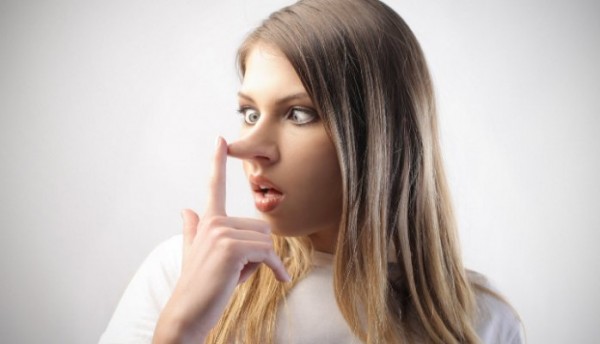 “Deceit is the linchpin of conscienceless behavior.” ~Martha Stout, The Sociopath Next DoorIn the beginning of my recovery, very soon after I discovered that the man I thought I knew had never existed, I held on to the one solid piece of truth that I had finally figured out: he was a LIAR. I held on tightly to that fact and started to research “pathological lying” on the internet. Unfortunately, I came up with nothing helpful. It was only when I painstakingly found my way to sociopathy/psychopathy that I uncovered accurate answers to my many questions! I eventually realized that pathological lying and psychopathy are inextricably linked.

Unfortunately, the above truth is obscured by a popular, and dangerous, assumption that exists within our society; it is even supported by research. That assumption is:everyone lies. Since everyone does it, since lying is apparently so universal and typical, it follows that it must not be that bad. Right? Wrong. Yes, almost all of us have told white lies to spare others’ feelings or with the intention of protecting others. And normal people lie to hide the shame they feel about wrongdoings or because they fear the consequences of their mistakes. But, there are other people who lie habitually, with the intent to deceive and manipulate others for their own personal gain, and they do not feel bad about doing it. In fact, they revel in it. These people are pathological liars, and they are psychopaths.

After much research, I have concluded that all pathological and compulsive liars have personality disorders, and those disorders can be placed on a psychopathic spectrum. Pathological lying is the opposite of normal. I will repeat that: pathological lying is the opposite of normal! It is irrelevant that researchers have discovered evidence that everyone lies in one way or another. Not only are most lies damaging, psychopathic lies are beyond the scope of what most people can even imagine when they think about lying. When someone lies habitually, that behavior pattern is always connected to other extremely disturbing traits and behaviors.

Lying is like breathing for psychopaths, and they use it as a manipulation tool in the following ways:

Psychopaths lie in order to dominate others

Because relationships are games to them, and because they view other people as objects and feel completely justified in exploiting them, psychopaths know that deception creates an uneven playing field. Lying is integral to impression management and mirroring; the lies enable psychopaths to present false images of themselves to potential targets. Those targets lose the ability to make safe and appropriate decisions. They enter into the relationships, unaware of the danger in store for them. Then, once the targets are hooked, psychopaths continue to use lies, along with a sprinkling of truth, in a multitude of ways, to ensure that their targets keep “playing.” They lie to cover up cheating, alcoholism, drug use, and sometimes various illegal activities. They lie through evasion and by withholding information. They lie as a form of gaslighting, in order to increase their control over their targets by making them constantly question themselves. They often repeatedly tell the ultimate lie, that they “love” their targets. And, they lie just for the fun of it.

<Psychopaths actually feel a form of pleasure when they lie

Unlike lies told out of fear or to hide shame, psychopathic lies are often told because they bring a shallow form of pleasure to the liar. This is called “Duper’s Delight.” This explains why psychopaths sometimes lie when it is completely unnecessary or when the truth would be more advantageous. Psychopaths also include a variety of details in their lies, not only because it makes their lies sound more credible, but also because they enjoy constructing a false reality and making others believe it. It feeds their need for power and provides them with sick entertainment.

Psychopaths experience pleasure from lying because they lack the normal range of human emotions. They are empty and bored, they lack empathy for others, and they do not feel shame or remorse. This emptiness also enables them to lie with minimal effort. They can look other people straight in the eye, without flinching, and lie quickly and guiltlessly, even when confronted with probing questions and evidence of previous deception. It is also easy for them to deny the lies, make up excuses, and project their own behavior on to others, which is, of course, a lie in itself. Although some psychopaths do not bother with apologies, others say they’re sorry on a regular basis, and because they say this without feeling any shame, they can come across as sincere.

Psychopaths lie to make others feel sorry for them

All psychopaths know exactly how to elicit sympathy from their targets. They are exploiters, and so they take advantage of the natural desire most people have to help and nurture their fellow human beings. They use deception (and sometimes a smidgeon of truth) to create a plethora of fabricated ailments and problems. Common pity plays include fake illnesses and injuries, along with “crazy” exes, car accidents, and theft, to name just a few. Psychopaths generate as many pretend sob stories as needed in order to draw others into their hidden games, again and again and again. The ability they have to lie pathologically, easily, and confidently makes it possible for them to convince others that such an implausible number of tragedies is plausible, which unfortunately opens the door to a variety of manipulation and exploitation opportunities.

Martha Stout’s telling quote from above, “Deceit is the linchpin of conscienceless behavior,” can be translated as: lying is central to the psychopathic personality. It therefore cannot be separated from other psychopathic behavior; it is integrated completely into how psychopaths think and into everything they do. Habitual, pathological lying is the opposite of normal, and it is always a telltale sign of a psychopathic personality disorder.

Thanks to PsychopathFree for this post | Featured image source