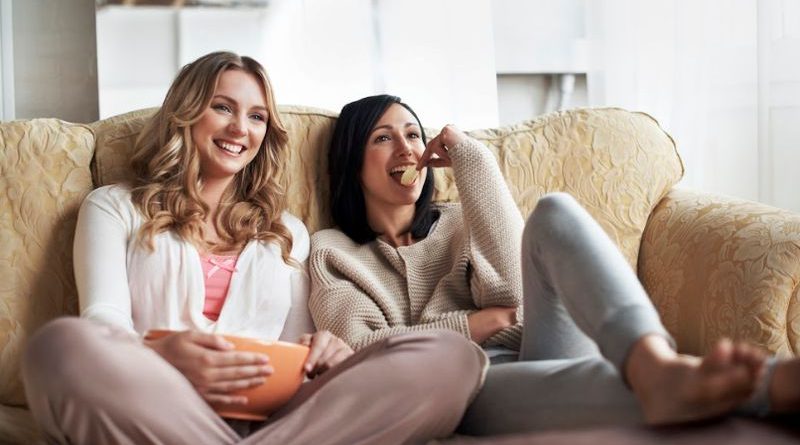 A scientific study states that people who prefer to stay at home instead of going out are smarter. This analysis, carried out by the scientific journal British Journal of Psychology, validates the lifestyle of the most introverted by ensuring that the individuals who socialize the least are happiest.

The research gathered 15,000 people from a wide range of places and situations (different religions, ethnicities, financial status, genders, and orientations), and found that the desire to stay at home often coincides with a higher IQ. “The most intelligent beings experience less vital satisfaction with the increase of interpersonal contact with their friends or acquaintances”, was one of the conclusions of the psychologists which sounds just about right.

The team of experts, led by psychologists Satoshi Kanazawa and Norman Li, also found that while people living in areas with high population density are less happy than those who live in smaller communities, spending time with friends gave the majority of the participants’ warm feelings of enjoyment and satisfaction. However, when they left those with high coefficients at home, the opposite was also true.

Those with higher intelliigencees do not have as much “satisfaction” socializing and prefer to be alone. These discoveries can make us more aware of the way in which our brains have been accommodating and developing to face modern lifestyles. Basing their analysis on “the savanna happiness theory”, the researchers came to the theory that the way of life of our hunter-gatherer ancestors still has an influence on how we live in the world.

Life in the African savannah, for example, would be drastically different from that of the city. It is thought that people lived then in dispersed groups of approximately 150 individuals and that socializing within your own tribe was crucial for survival in terms of feeding and reproduction. It is these principles and systems of our ancestors that Kanazawa and Li based their latest conclusions on.

While a large part of society finds comfort, enjoyment, and satisfaction in the same things (having a small group of trust with which to socialize and share leisure spaces), the results of the study suggest that those with higher intellectual coefficients have developed beyond these needs. Changes in the brains and requirements of the “extremely intelligent” have come with the constant changes and demands of modern times.

“The more intelligent individuals, who possess higher levels of general intelligence and, therefore, a greater capacity to solve evolutionarily novel problems. They may face less difficulty in understanding and deal with evolving new entities and situations,” Kanazawa said to the media. Although we depend more than ever on our connection to the world, it seems that the brain is preparing for a life in solitude. In other words, according to Kanazawa and Li, the smarter people prefer to spend moments in the solitude of their home because their minds have adapted better to the modern lifestyle, detached from the habits of our ancestors.

A highly intelligent person is his own guru, master or idol. They may be inspired by work of others, but one thing they do know well is the fact that by working hard, expanding the horizons of their knowledge and searching for answers, they will be able to find all of the knowledge they seek on their own.

There are some other signs that can indicate that you are one of the smartest people ever lived which are quite related to the previous signs. Here are few of the examples:

One of the main struggles of being highly intelligent is learning how to behave in common social settings especially that people are quick to assume if somebody is socially awkward. Highly smart people start to overthink everything, from what topics they should bring up next to how people react to their conversation. This makes it impossible for them to relax and go with the flow.

They say that “Birds of a feather flock together” can’t be as true as it is in this situation. Highly intelligent people tend to hang out with people who are just as smart and creative as them. Clever people gravitate towards each other because they are able to relate on a deeper level. If your group of friends consists of the smartest people you know, there is a huge chance that you are highly intelligent too.