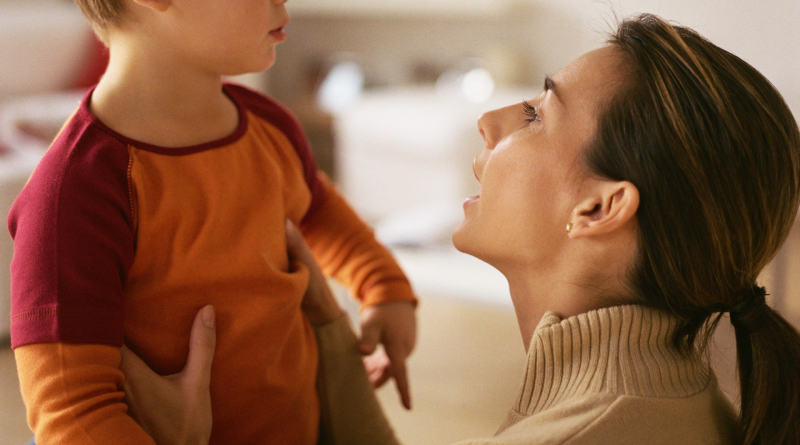 When it comes to parenting, many articles and books focus on what mothers and fathers ‘should’ do in raising their children. But what about the things they do that they ‘shouldn’t’? Since the amount of information can be so overwhelming when it comes to the ‘dos’ of parenting, we decided to focus on the opposite: the ‘don’ts.’ Not just that, however; we decided to hone in on what parents perhaps unconsciously do to their kids that seriously messes with them well into adulthood.

But instead of turning to psychologists or doctors for some tips, we turned to our favorite self-help network on the Internet: Reddit. Here, we highlight 15 things parents do their children that screw them up for life, according to Reddit.

User “JessBroBabe.” “Making it really hard to tell them things. My mom always freaks out when I tell her anything, and then as a defense mechanism she makes fun of whatever it is that I’ve told her. I switched my major to criminal justice and she freaked out saying well good thing you don’t want to be a cop, you were always so sensitive, you’d look pretty dumb crying in the uniform when someone says something mean to you.

User “Sloths_are_overrated.” “Refuse to believe their child could do something wrong. I know a few f*ck ups and their parents are either totally apathetic towards them or no matter what the situation, blame other children or claim its some sort of conspiracy against their child.”

User “Aelle1209.” “Your children will remember all the times you hurt their feelings and then tried to pretend like it never happened. They will remember the cashier you yelled at for a mistake that you made but wouldn’t say sorry for. They’ll either turn into an a*shole or they’ll overcompensate and feel responsible for everything that goes wrong because you set a horrible example.”

User “Burnerrrs.” “Using your kids as an emotional dumping ground. My mom has always told me everything bad in her life. She always tells me about her issues with my dad. It makes me super uncomfortable so I keep telling her to get professional help which she does for a while but doesn’t stick to it.”

User “Profhelios.” “Physically punishing and screaming at your kid for fessing up to an honest mistake. I accidentally broke a window when I was 5 and told the truth about it. I was promptly spanked pretty vigorously and sent to my room and told to stay in there. What did I take away from that? Lie if it prevents you from getting into any sort of trouble. I was a pretty dishonest kid for years after that.”

User “SalemScout.” “Comparing them to other kids, especially siblings. No kid likes to hear ‘Why can’t you be more like so and so.’ It’s just so damaging. Your child is not so and so, they will never be so and so. Just help them along with being who they are.” Another added: “This will make children constantly compare themselves to other people. My parents have a tendency to compare me to my little brother, which is obviously having a negative impact on his self-esteem.”

User “punkterminator.” “Never standing up for them. Parents shouldn’t be fixing their kid’s every f*ck up but they should be there for their kid when they get bullied. It’s hard for kids to trust their parents if they can’t be certain they have their back.”

User “Zargon2.” “Train their kids to be doormats. Drop what you’re doing and do whatever I or any adult you know tells you to is a reasonable rule for a 5 year-old, but tons of parents continue to enforce that upon teenagers because it’s more convenient to them for their teenagers to be doormats, and then big shock, they grow up to be adult doormats, unable to stand up for themselves or even assert their own desires.”

User “vagexlfz.” “Refusing to admit when they’re wrong. It’s actually very hard to admit you’re wrong and not trying to make excuses but it can have a negative impact on kids.” Another added: “Kids then grow up feeling like they constantly have to defend themselves and/or feeling like they actually can’t/shouldn’t.”

User “SlaughterHouse451.” “Giving a kid freedom as a teenager is key. However, giving a kid so much freedom that you essentially check out from any sort of parental role is bad parenting that ultimately leads to the kid trying to make life decisions without any real guidance and somewhat f*cks up their life.”

User “Buloi92.” “Give in when kid is being demanding or throwing a tantrum. And I don’t mean giving in once in a while to keep the peace in a public place, I mean every time. I found a dollar outside once when I was about 9, I was with my 4-5 year old neighbor who got really jealous and demanded I give it to her. I refused (f*ck you I found a dollar and I’m a 9 year old that’s a big deal!) and she ran home to her mom upset and about to cry. Her mom tried to explain that I found it, so it was mine only one time before she solved the issue by grabbing a dollar from her purse and tossing it into the bushes while her daughters back was turned. ‘Hey look! There’s another one! Now you found one too!’

That kid was a nightmare with a very warped definition of ‘fairness.'”

User “Elandalder.” “Not letting the kid express themselves: my parents tried really hard with me- but they really screwed me up with their helicopter parenting. I wasn’t allowed to wear t-shirts with cartoon characters, for example (because they were childish- I was 13), or floral print (because it’s for old people). As a result I was dressed like I was 30 years old for most of my life- every birthday party I went to, I was the best dressed- and not in a ‘oh she looks precious’ way, but more of a ‘I thought this was a kid’s party, why is she dressed formally’ kind of way. As an adult I don’t know what’s socially appropriate to wear most places, and my fashion sense is really…interesting.”

Anonymous. “Making sex and sexual anatomy taboo. Parents who refuse to talk to their kids and write it off as ‘embarrassing’ are doing their kids a huge disservice, I actually just posted a PSA about it in the parenting sub yesterday. My son woke up yesterday with extreme pain in his testicles. We ended up rushing to the hospital and found out his has testicular torsion. They were able to do surgery and he’ll be as good as new shortly. The doctor told us that his last 3 cases of testicular torsion involved having to remove the testicle because the person waited to long. All three were teens around my son’s age and all were too embarrassed to speak up sooner. Don’t do that to your kids. It could cost them their ball(s).”

User “ohwhatirony.” “Besides the obvious abusive answers, invading the kid’s privacy. My mom (along with many other parents) would read my texts sometimes and confront me about them. I never felt comfortable locking my door, it was always associated with being angry or spiteful. I didn’t even realize knocking was normal. It kind of messed up my idea of privacy in relationships. Didn’t really think snooping was that wrong for a while.”

User “palacesofparagraphs.” “In general, not respecting that they are their own individuals whose feelings are as important to them as yours are to you. So many adults look at kids from an adult perspective. We know their problems aren’t that big a deal, or their activities are neither time-sensitive nor very important, but that’s not how the kids see them, and their feelings are no less valid than ours. Dismissing a child’s desire to keep something private doesn’t teach them that it doesn’t matter if you know what they texted their friend, it teaches them you don’t consider their feelings important.”