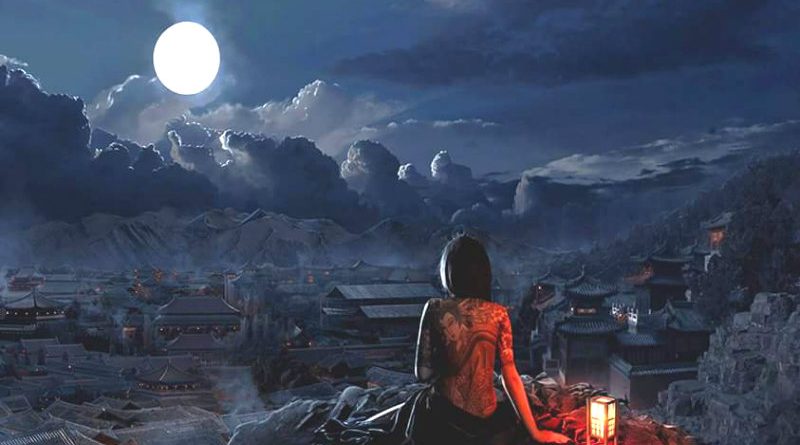 Have you ever attributed a child’s wild or wound-up behavior to the presence of a full moon? If so, you wouldn’t be the first parent to feel as though their child might open his mouth and howl at the dark sky. Our connection to the moon and lunar cycles has been the subject of legend, speculation, and mythology throughout human history.

The relationship of human behavior—and sleep—to the shifting phases of the moon is also the subject of scientific inquiry. Still relatively underexplored compared to the influence of solar, seasonal, and circadian rhythms and clocks, the effects of lunar rhythms are being investigated by researchers across disciplines. There is already mounting evidence that the lunar cycle influences physiological function and behavior in animals, including birds, fish, and other marine life.

The findings related to the impact of lunar rhythms on human physiology, behavior, and sleep are mixed. Some studies have found an association between phases of the moon and changes in sleep patterns and activity levels, while others have failed to discover any such link.

A new, large-scale international study recently examined the effects of lunar phases on the sleep and waking activity levels of children. The investigation involved more than 5,000 children from 12 countries, and the research team discovered a change in children’s sleep patterns associated with the changing phases of the moon.

A total of 5,812 children between the ages of 9 and 11 participated in the study, spread about evenly among the participating nations. Sleep and waking activity levels were measured using waist-worn accelerometers. Researchers collected data on nighttime sleep duration, and sleep efficiency—the amount of time spent sleeping compared to the total amount of time spent in bed. They also assessed waking activity levels ranging from light to moderate to vigorous, and overall sedentary time. The data collected was analyzed in relation to three different lunar phases:

Full moon (plus or minus four days)

The team’s analysis revealed a small but statistically significant change to children’s sleep duration in connection with the full moon—specifically, children slept an average of 4.9 minutes less during the time of the full moon, compared to the time of a new moon, an average 1 percent reduction in total sleep time.

This was the only sleep and activity measurement that was associated with changing moon phases. Researchers found no links between the different lunar phases and children’s waking activity levels, sedentary time, or sleep efficiency.

Other Evidence of the Connection Between the Moon and Sleep

Although the scientists didn’t find broad or dramatic shifts in children’s sleep patterns linked to the moon, their study—the first to examine the lunar influence of sleep in children across five major regions of the world—established a modest but meaningful link between sleep duration and lunar phases. This research aligns with previous studies that demonstrated a connection between human sleep patterns and the lunar cycle.

In 2013, Swiss researchers shared the results of a study of sleep and lunar cycles which found several significant changes to sleep patterns associated with the full moon:

Delayed sleep. Participants took an average of five minutes longer to fall asleep at or around the full moon.

This study garnered a lot of attention because it strongly suggested links among human physiology, sleep, and the phases of the moon. Additional studies subsequently reported similar changes to sleep patterns linked to the lunar cycle. One investigation—also conducted in Sweden—found a reduction in sleep time of 25 minutes (on average) near the full moon. Those researchers also found changes to sleep architecture, particularly a change in the time it took participants to enter REM sleep around the time of a new moon. The participants, who slept in a laboratory during the study, also demonstrated greater reactivity to environmental stimuli while sleeping during periods of a full moon.

In another study, a team from Europe, Canada, and the U.S. also found links between the lunar cycle and sleep duration, sleep efficiency and quality, and changes to slow-wave sleep and REM sleep.

Not all evidence points to a clear association between sleep and the lunar cycle, or uniformly demonstrates what that association may be. A recent study of more than 2,000 men and women in Switzerland found no link between the phases of the moon and sleep duration or sleep quality.

Another recent investigation—one of the few other studies to look specifically at children’s sleep in relation to lunar phases—found changes to sleep and activity levels that were distinctly different from the current study. In the study, Danish researchers evaluating 795 children between ages 8 and 11 found that the children slept slightly more—an average of three minutes—around the time of the full moon, not less. In addition, they found that children’s activity levels changed in relation to the moon: Children were slightly less active during the full moon phase by an average of about four minutes of moderate or vigorous activity.

The folkloric link among sleep, waking behavior and the moon has been around for a very long time. We’re just beginning to scientifically explore possible connections, and how they may affect our sleep patterns—and our children’s. We know that other forms of animal life display physiological and behavioral connections to the moon. More research—sure to come—may eventually reveal to what extent humans do as well.