Humans will be very different creatures 1,000 years from now.

Climate change, artificial intelligence and genetic mutations are all set to transform our bodies in drastic ways, according to a recent video.

We could for instance, develop red eyes as our DNA mutates, and have darker skin as an evolutionary response to global warming.

The video, created by Canada-based AsapScience, describes a hypothetical scenario in which our bodies are part-human part-machine.

‘In the future nanobots – or tiny robots – will be suddenly integrated into our own bodies, enhancing our abilities,’ it says

‘No longer will we be limited by own own physiology, but truly become a mixture of biology and machine on the inside.’

Meanwhile, designer babies will cause future generations to grow into intelligent, attractive and physically people.

‘But while that will make us better smarter, stronger and better looking, such genetic similarity, or lack of human diversity, leaves room for a single new disease of the future, to wipe out the entire human race.’

Our faces may also change dramatically, according to Dr Alan Kwan, who holds a PhD in computational genomics from Washington University in St Louis.

Dr Kawn has created a stunning series of images which display one possible evolution for the human race over the next 1,000 years.

Dr Kwan believes that key to our future evolution will be man ‘wresting control’ of the human form from natural evolution and adapting human biology to suit our needs.

As genetic engineering becomes the norm, ‘the fate of the human face will be increasingly determined by human tastes’ writes Dr Kwan, while foreheads will continue to expand as our brains continue to grow larger.

Dr Kwan believes eyes will grow ‘unnervingly large’ as the human race colonizes the solar system and people start living in the dimmer environments of colonies further away from the sun.

Eyes will also develop in other ways – that would seem startling from our viewpoint today – with new features including eye-shine enhance low-light vision and even a sideways blink from re-constituted plica semilunaris to help protect our eyes from cosmic rays. 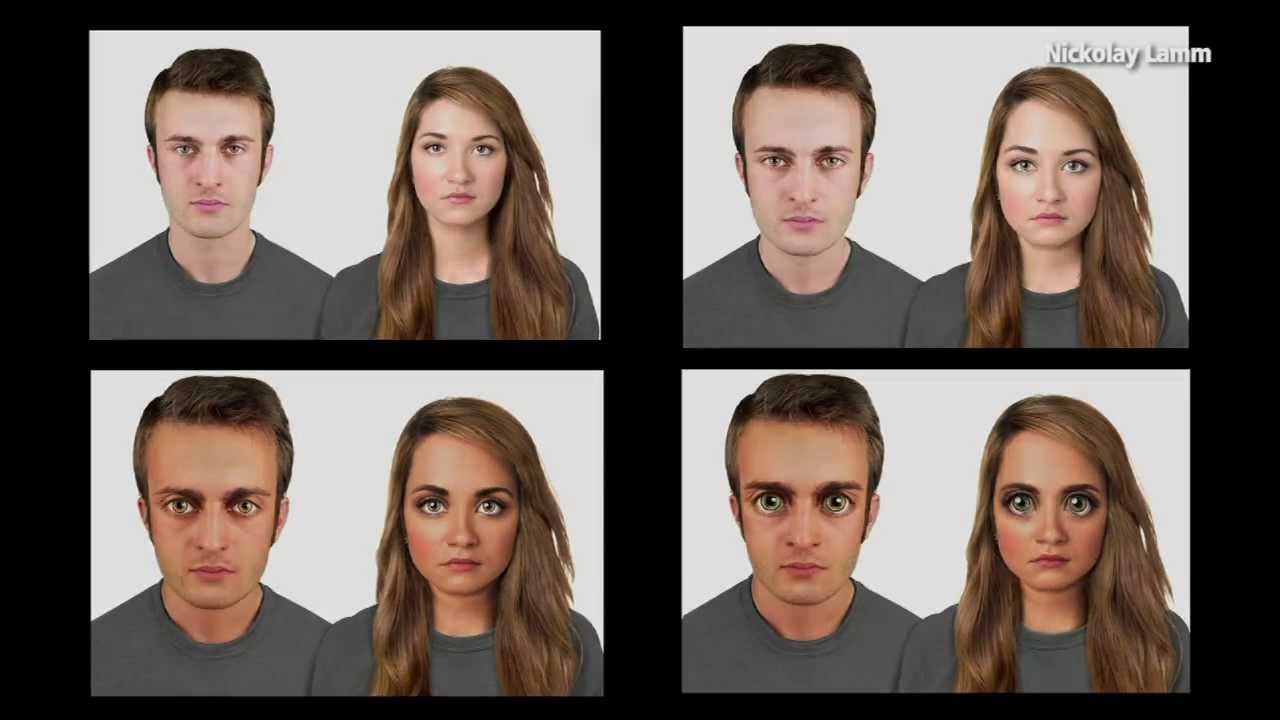 By the change to our appearance may happen much faster than these timeframes.

In fact, by 2050, a completely new type of human will evolve as a result of radical new technology, behaviour, and natural selection.

This is according to Cadell Last, a researcher at the Global Brain Institute, who claims mankind is undergoing a major ‘evolutionary transition’.

In less than four decades, Mr Last claims we will live longer, have children in old age and rely on artificial intelligence to do mundane tasks.

This shift is so significant, he claims, it is comparable to the change from monkeys to apes, and apes to humans.

‘Your 80 or 100 is going to be so radically different than your grandparents,’ Mr Last says, who believe we will spend much of our time living in virtual reality.

Some evolutionary scientists believe this age could be as high as 120 by 2050.