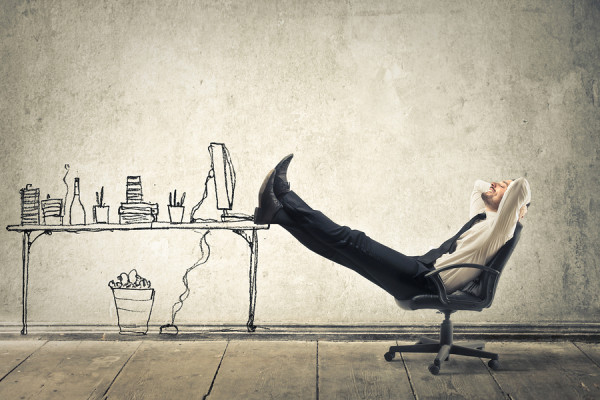 It’s easy to regard happiness as something that happens to you, but being happy is a choice that you can actively seek out and attain. You needn’t sit by and wait for happiness to come to you; you can go out and grab it virtually whenever you want.

What types of choices lead to happiness? Many of them involve leading a healthy lifestyle, because a healthy body goes hand-in-hand with a healthy mind.

Happy people tend to eat healthier, exercise more, and get better sleep than those who are stressed out or depressed — all habits associated with health.

On the other hand, when you feel happy, you’re more likely to actively seek out and follow a healthier lifestyle. Regardless of which comes first, happiness or a healthy lifestyle, striving to be happy can lead to physical changes along with emotional ones.

A review of more than 200 studies found that positive psychological well-being is linked with a lower risk of heart disease as well as lower blood pressure, normal body weight and healthier blood fat profiles.1

Further, among those 60 and over, feelings of happiness and enjoyment were associated with improved mobility and a lower risk of developing a disability over an eight-year period.2

Past research has found that positive emotions — including being happy, lively and calm — appear to play a role in immune function. One study found that when happy people are exposed to cold and flu viruses, they’re less likely to get sick and, if they do, exhibit fewer symptoms.3

The association held true regardless of the participants’ levels of self-esteem, purpose, extraversion, age, education, body mass or pre-study immunity to the virus, leading the lead researcher to say:4

“We need to take more seriously the possibility that positive emotional style is a major player in disease risk.”

Do you want to be happier? CNN compiled 25 happiness hacks that are backed by science.5 Incorporate as many of these into your life as you can, and you’ll be on your way to a happier, healthier you.

The feel-good effects of exercise are often attributed to endorphins, but anandamide may actually deserve the credit. Anandamideis a neurotransmitter and endocannabinoid produced in your brain that temporarily blocks feelings of pain and depression.

It’s a derivative of the Sanskrit word “bliss,” and a deficiency is associated with increased anxiety and stress.6

Anandamide levels are known to increase during and following exercise. A recent animal study similarly found that anandamide might be responsible for producing a “runner’s high” in mice.

Exercise also boosts levels of potent brain chemicals like serotonin, dopamine, and norepinephrine, which may help buffer some of the effects of stress. It’s even one of the most effective prevention and treatment strategies for depression.

Yoga has been around for about 5,000 years, and while many regard it as just another form of exercise — some even see it as a “fad” — it’s really a comprehensive practice that integrates mental, physical, and spiritual elements.

With regards to the latter, yoga can be viewed as a form of meditation that demands your full attention as you move from one asana (yoga position) to another. As you learn new ways of moving and responding to your body and mind, other areas of your life tend to shift and change as well.

In a sense, you not only become more physically flexible, but your mind and approach to life may gain some needed flexibility as well.

Research suggests yoga can have a similar effect to antidepressants and psychotherapy, by influencing neurotransmitters and boosting serotonin. It’s known to benefit mild depression and anxiety, too.

Dark leafy greens like spinach are rich in folate, which helps your body produce mood-regulating neurotransmitters, including serotonin and dopamine. One 2012 study found people who consumed the most folate had a lower risk of depression than those who ate the least.7

“On days when people ate more fruits and vegetables, they reported feeling calmer, happier, and more energetic than they normally did.”

Cognitive behavioral therapy (CBT) is designed to help you deal more effectively with situations that fill you with anxiety. It teaches you to recognize and reverse harmful thought patters and replace them with positive ones.

In a systematic review of 11 studies, no statistically significant difference in effectiveness was found between second-generation antidepressants and CBT.10

People who looked at flowers first thing in the morning reported feeling happier and more energetic.11 Just be sure your cut flowers come from organic growers (or your own backyard).

Simply thinking about a positive event, and smiling as a result, can make you happier and more upbeat (more so than simply fake smiling, which is actually linked to worsened mood).

A genuine smile includes the facial muscles around your eyes, and can actually prompt brain changes linked to increased mood.

Full-spectrum light therapy is often recommended over antidepressants for the treatment of seasonal affective disorder (SAD), but according to recent research, light therapy may be preferable even for major depression.12

Light therapy alone and placebo were both more effective than Prozac for the treatment of moderate to severe depression in the eight-week study. Blue light has been found to be particularly beneficial for boosting your mood, as it plays a key role in your brain’s ability to process emotions.

If you don’t have a light box, at least open your shades and let the sunshine in. A brighter living or work area will help to boost your mood.

Exposure to bright outdoor light is crucial for a positive mood, in part because regular exposure to sunlight will helps to enhance your mood and energy through the release of endorphins.13

Getting sun exposure outdoors will also help you optimize your vitamin D levels. Vitamin D deficiency has long been associated with SAD, as well as more chronic depression.14,15

Mushrooms are certainly a wonderful medicinal food and many varieties are rich in the antioxidant selenium, low levels of which have been linked to anxiety.

Mushrooms are also one of the better food sources of vitamin D, which supports healthy mood (however, your best option to optimize your vitamin D levels is regular sun exposure or use of a high-quality tanning bed; if that’s not possible, a vitamin D3 supplement may be necessary).

Meditation is an underutilized tool to optimize mental health. Not only is it helpful for stress relief and gaining greater self-awareness, but it has also been shown to alter the structures of your brain for the better, including reducing activity in the “me” centers of your brain.

Meditation is also linked to decreased anxiety and depression and improved psychological well-being.16 Mindfulness meditation has also been shown to increase cortical thickness in the hippocampus and brain areas involved in the regulation of emotions and self-referential thought processes.17

Sweet orange oil has been found to have anxiety-inhibiting effects in humans, supporting its common use as a tranquilizer by aromatherapists.18 Ambient odors of orange (and lavender) also reduced anxiety and improved mood in patients waiting for dental treatment.19

Compared to the controls, women who were exposed to orange odor in a dental office had a lower level of anxiety, a more positive mood, and a higher level of calmness. Researchers concluded, “exposure to ambient odor of orange has a relaxant effect.”20

Taking a few minutes to watch a funny video online, go for a quick walk or have an uplifting chat with a coworker may leave you feeling happier, more upbeat and more energetic.

Curcumin, the pigment that gives the spice turmeric its yellow-orange color, is thought to be the primary component responsible for many of its medicinal effects. Among them, curcumin has neuroprotective properties and may enhance mood and possibly help with depression.

Music triggers activity in the nucleus accumbens, a part of your brain that releases the feel-good chemical dopamine and is involved in forming expectations. One study found listening to music even resulted in less anxiety and lower cortisol levels among patients about to undergo surgery than did taking anti-anxiety drugs.23

The sacculus, a tiny organ in your inner ear, responds to frequency notes associated with singing. In turn, the sacculus is connected to pleasure-inducing areas of your brain, leading researchers from the University of Manchester to conclude that we may be hard-wired to derive pleasure from singing.24

Like exercise, chocolate may trigger your brain to produce the “bliss compound” anandamide. It also contains other chemicals that prolong the “feel-good” aspects of anandamide.

Chocolate has even been referred to as “the new anti-anxiety drug.” One study in the Journal of Psychopharmacology also revealed that drinking an antioxidant-rich chocolate drink equal to about 1.5 ounces of dark chocolate daily felt calmer than those who did not.25

Coffee appears to affect a number of neurotransmitters related to mood control, so drinking a morning cup could have an effect on your general sense of wellbeing. Research has shown that coffee triggers a mechanism in your brain that releases BDNF, which activates your brain stem cells to convert into new neurons, thereby improving your brain health

Interestingly enough, research also suggests that low BDNF levels may play a significant role in depression and that increasing neurogenesis has an antidepressant effect. One Harvard study even found women who drink four or more cups of coffee a day have a 20 percent lower risk of depression than those who drank little or none.26

Hugging is known to lower levels of stress hormones like cortisol. Hugging also activates the orbitofrontal cortex in your brain, which is linked to feelings of reward and compassion.28

Avocados provide close to 20 essential health-boosting nutrients, including potassium, vitamin E, B-vitamins, and folate, and, according to research published in the Nutrition Journal, eating just one-half of a fresh avocado with lunch may satiate you if you’re overweight, which will help prevent unnecessary snacking later.29

Those who ate half an avocado with their standard lunch reported being 40 percent less hungry three hours after their meal, and 28 percent less hungry at the five-hour mark compared to those who did not eat avocado for lunch. The study also found that avocados appear helpful for regulating blood sugar levels. This combination of satiety and blood-sugar regulation can help keep your mood steady, even in times of stress.

Found in salmon, sardines and anchovies, as well as in supplement form, such as krill oil, the animal-based omega-3 fats EPA and DHA play a role in your emotional well-being.

One study in Brain Behavior and Immunity showed a dramatic 20 percent reduction in anxiety among medical students taking omega-3,30 while past research has shown omega-3 fats work just as well as antidepressants in preventing the signs of depression, but without any of the side effects.

I’d also add one more important mood booster, which is optimizing your gut health with fermented foods. Fermented foods, including fermented vegetables, are one of the best sources of probiotics there is. Certain probiotics are now being referred to as psychobiotics, or “bacteria for your brain,” and are being used to successfully treat depression, anxiety, and other psychiatric problems.

In one recent study, a multispecies probiotic supplement taken for four weeks reduced cognitive reactivity to sad mood, which is a strong marker for depression (the more a person reacts to sad mood with dysfunctional thoughts, the more prone they are to a depressive episode).31 So if you want to be happy, be sure your diet is rich in traditionally fermented foods.

Even better, get together with friends and family to make a big batch together; you’ll get the benefit of healthy foods together with the mood-boosting benefits of positive social interactions. It doesn’t get much better than that!