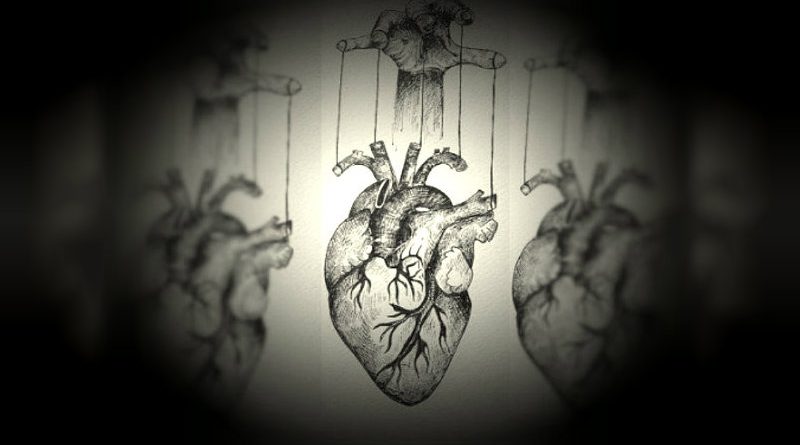 We often read that psychopaths/narcissists experience a limited range of emotions, and those that they do experience are largely shallow and fleeting in nature. However, they are extremely adept at reading and manipulating the emotions of others, in order to exert control and influence. The lack of healthy emotional activity in the mind of a psychopath/narcissist creates intense boredom, irritability and a thirst for drama. With the addition of an insatiable ego driving their desire to control and dominate, the psychopath/narcissist looks to our emotions to get their fix.

This process begins almost immediately during the initial idealisation phase of the relationship. The psychopath/narcissist uses crafted charm, mirroring and intense flattery in order to make you believe you have met your ideal partner in the form of a devoted and loyal soul mate. The false sense of security you have been lulled into, now leaves your emotions ripe for manipulation. Once a strong bond has been created, the psychopath/narcissist now begins to respond to your emotions in a completely different way, using them as a guide as to how to control your future behaviour.

The resulting emotional state you experience following the intense idealisation phase is one of contentment and a general feeling of happiness. You believe you are participating in a mutually loving and caring relationship, but such a concept is futile and meaningless to a psychopath/narcissist. They never intended it to be mutual. They want to keep you bonded to them, but keeping you in an emotional state of happiness lacks the drama and excitement they crave.

As time moves on, your happiness and contentment becomes a source of boredom and frustration to the psychopath/narcissist, and serves as a reminder to them that it is once again time to take hold of the “puppet strings” in order to transform your emotional state into one that better feeds their insatiable ego.

One way to satisfy both their ego and their thirst for drama, is to manufacture an emotional state of jealousy using manipulative tactics such as triangulation. Creating artificial rivalries between yourself, their former exes and other ‘interested’ parties, serves the psychopath/narcissist’s agenda in a number of ways.

Firstly, it keeps their ego as fully inflated as possible. Secondly, it keeps you focused on satisfying their needs as you look for ways to hold on to their affection. Thirdly, your ever increasing desperation gives them the opportunity to label you as ‘crazy’ and ‘paranoid’, as they accuse you of over-reacting.

They want to use this unstable emotional state of jealousy that they’ve manufactured within you to discredit your reputation and place themselves as the victim in the eyes of onlookers. They will use the opportunity to garner sympathy from their minions as they goad you to react in public and confront your perceived love rivals.

Anger and frustration will inevitably accompany your manufactured feelings of jealousy. They will use this to devalue you further with accusations of ‘craziness’ and mental instability. The psychopath/narcissist’s response to your anger can take several forms:

They may ‘stonewall’ or become silent with a complete lack of verbal response. They may further frustrate you with a combination of circular conversations, ‘word salad’, counter accusations and projection. Ultimately, your justified anger will provide them with a ready-made excuse to initiate a period of silent treatment. When they eventually return, they will defend their disappearing act as a necessary means to escape your ‘irrational’ and ‘unreasonable’ behaviour.

They will attempt to invoke your pity, leading to feelings of guilt and remorse. This is intended to make you take responsibility for the confrontation that they orchestrated. From hereon in, you will attempt to suppress your outward expression of emotional anger in a conscious effort to avoid appearing irrational so that they don’t implement the dreaded silent treatment which you found so emotionally devastating previously. You are now entering the territory of ‘walking on eggshells’, a huge source of emotional discomfort.

The psychopath/narcissist has now taken control of your behaviour purely by manipulating your emotional state. You crave the emotional stability and ‘happiness’ of the idealisation phase, and they keep you invested in this illusion by dosing you intermittently with periods of relative calm. Of course, you will gratefully welcome these brief glimpses of the charming, cordial psychopath/narcissist that made you so happy during the idealisation phase. In reality, it is nothing like the euphoria you felt back then, because it is only relative to their less charming persona that has become much more prevalent now.

During these periods of relative calm, their seemingly cordial and attentive behaviour will, more often than not, take place in the company of others. This helps to bolster their fake image as a normal and loving partner to friends, family and other acquaintances. They do this so that you are less likely to be believed when you opt to reveal stories further down the line of their emotional abuse and crazy-making. However, these cordial periods will be short-lived as your happiness is a reminder to them that they need to re-assert control.

So the cycle of emotional manipulation continues, with the psychopath/narcissist using a variety of tactics to destabilise you. These might include brief periods of perceived stability interspersed with personal criticism, withholding of physical intimacy, isolating you from friends and family, false promises and future-faking. All of these serve to create continued confusion and ambiguity.

The psychopath/narcissist relies upon the manipulation of your healthy emotions in order to attempt to quench their thirst for drama, temporarily relieve their boredom and satisfy their abnormal and insatiable ego.

This article was originally published in forum thread: Why Our Emotions Are Important To Psychopaths and Narcissists started by aphrodite on psychopathfree.com| View original post | Featured image source