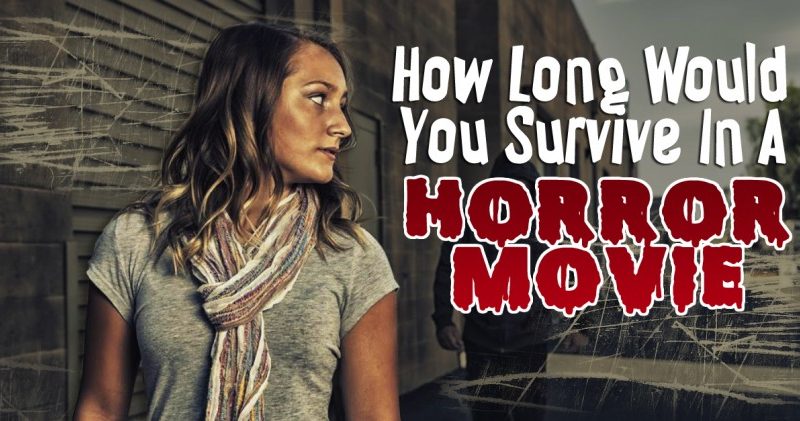 In each horror flick, there are various identities and personalities. There’s the jock, the nerd, the dork, the smart one… You get the idea. Have you ever imagined yourself in a horror movie? How long would you think you’ll go? As it turns out, the answer is in the stars.

In case you’re wondering how your fate stands, here’s how long you would survive in a horror movie, based on your Zodiac sign.

Most horrors start with something called “an opening kill.” I think you know where this is going. Sadly, you’d be the first one to go before you can spell “Am I dead yet?” You wouldn’t even make it through the opening credits.

You wouldn’t last long, as you’ll die after the opening kill. The major drawback is that your death would probably be the least memorable in the entire movie. People are very sad after the first kill. But after the second, they’re just finding a way to save themselves.

Pisces is one of the most promising ones, until it stops listening to its guts. If you listened to your instincts, you’d be half-way across the country and far from the menace. Sadly, Pisces usually bites the dust soon after the fist kills.

You’re one of those character’s that just dies off-screen. No one really accounts the scene in which you died, or even remembers when you die. The most important thing is that you at least add to the victims list… That still counts as something.

People have hope for you because they really think you’d survive. Your passion to outsmart the killer gets the best of you, and sadly you don’t make it out alive.

If it’s not for your unbearable arrogance, you’d actually manage to survive. When you decide to split with your friends, you’ll be the one to insist to seek refuge in a creepy basement rather than a safe place outside. Stubbornness gets the best of you I guess.

You’re a true leader because you surprise everyone by sacrificing your own life just to save the others. While everyone is freaking out, you’re creating strategies to get everyone to safety – but at the end have a face to face contact with the killer. Unfortunately, you don’t make it.

You try to run and save yourself while others die. But the killer catches on to you, too — with a gore ending. I guess karma catches up when you’re selfish and don’t try to save your friends.

You’d be the most likable character in the movie that everyone wished would survive. Sadly, you’d be left in a helpless situation and would not make it. You would be helping and protecting the main character up until the end.1

You would make it until the very end. How? Well, it’ll turn out that you’re actually the killer. No one would guess. Are you surprised? Knowing your maniac thoughts, this is no surprise to you.

You would be save for something that Hollywood calls “the final person.” This practically means that you’ll make it till the end, but don’t fool yourself that you’re going to forget the horrors. You’ll keep on having nightmares from the horrific things you’ve seen and witnessed.

Well Virgo, looks like you’ll make it through the entire movie. You’re not the main character, rather that one friend that’s always one-step ahead. You’ll be in the next sequel. Or in other words, more opportunities to die.