We all know the zombie apocalypse is probably imminent. It’s only a matter of time now before we wake up to find our neighbours shuffling down the middle of the street moaning about their desire for brains. In preparation we need to bolt the doors, shutter the windows, stock the pantry and arm ourselves with good sized baseball bats. Do you really have what it takes to make it out alive? Read ahead to find out how each sign handles a zombie attack!

Aries will fearlessly run straight into danger to kick some zombie ass. 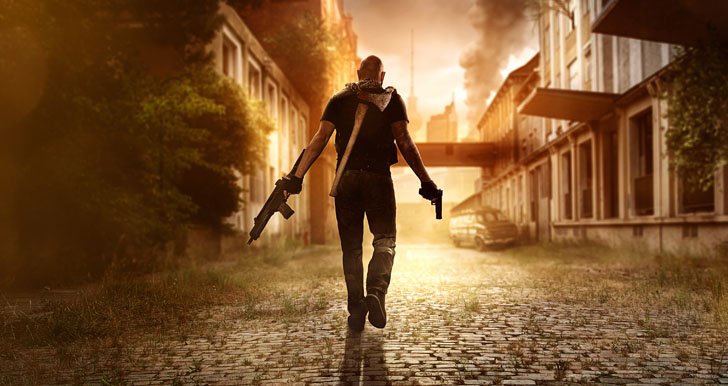 Aries will meet the apocalypse head on – they will mobilise, strategise and launch into battle with heroic flare. They are also able to think quickly on their feet and improvise when faced with an unexpected hoard of shuffling brain munchers. Channeling their inner Mcgyver a piece of string and an old flint can be transformed into a Molotov cocktail. The downside is that the sheer force of an Aries personality can create divisions instead of blinkered loyalty and not all their ideas are foolproof resulting in casualties and collateral damage.

Taurus will be well-prepared and able to bunker down until it all blows over. 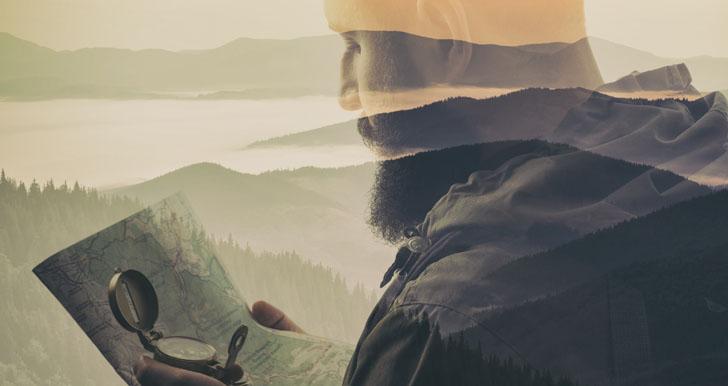 The perfect role for a Taurean – post apocalypse – is supplies and inventory. Well organised with an almost obsessive hatred for waste the bull will ensure that everyone in the bunker receives an equal amount of rations. In terms of battling the undead this sign would prefer to stay in the bunker and take a well deserved nap rather than risk exposure. Their strategy may well be to take a peek outside, 20 years on, in the hope that this whole zombie pandemic thingy had exhausted itself and the neighborhood was now cleansed of its need for fresh brains.

Cancer will provide emotional support to their fellow survivors. 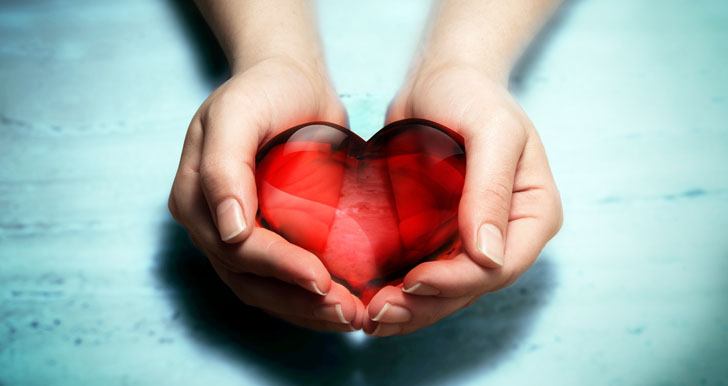 Cancers are highly attuned and emotionally evolved. Post apocalypse their traits will be necessary to smooth the trauma that comes from decapitating and blowing up zombies on a daily basis. They’ll instinctively know when someone in your band of survivors is about to flip out or lose faith. They’ll listen and talk people down from high risk behaviour but there will also be days when their moodiness plunges the whole group into a tail spin of negativity. This is because they can suffer from empathy overload – best to leave them alone on these occasional days – if the bunkers got a spare room suggest they do time in there for a day or two.

Gemini will be adaptable enough to stay one step ahead of zombies. 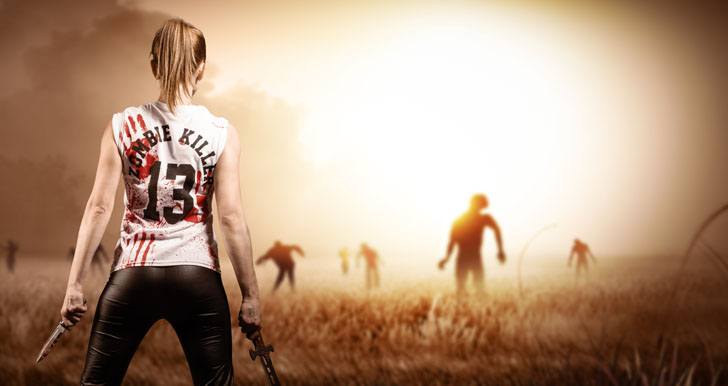 Gemini loves a challenge and surely an apocalypse rates pretty highly in the extreme challenge rankings. They are a quick study and able to switch off emotionally when it comes to zombie slaughter, thanks to their dual characteristics. Geminis make excellent 1st lieutenants and are unfazed by strategic u-turns. They are also formidable scouts which utilises their high energy and sense of restlessness. The down sides?… they can be dismissive of squeamish survivors and too many days locked in the bunker will result in cabin fever and boorish behaviours – keep them moving in the external world if at all possible.

Leo will be both a fierce adversary and a charismatic leader. 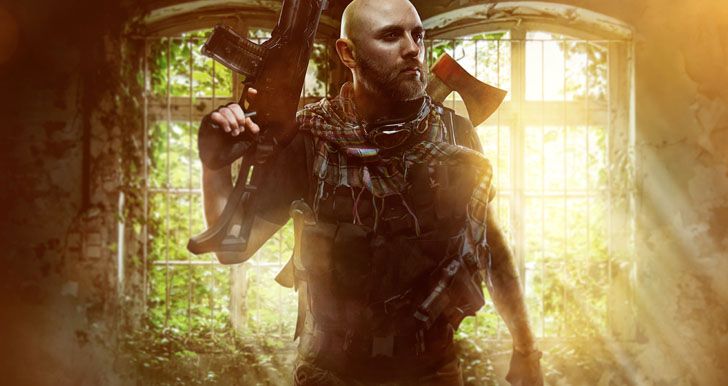 Zodiac royalty, Leo’s tend to fancy them selves as leaders not foot soldiers when it comes to ridding the world of a zombie scourge. They are strong and fierce and tend to like showy displays of might like pyrotechnics, explosions and nuclear warfare. Whilst their ego can sometime override the need for subversive tactics and graduated culls they will listen to advice as long as it comes from someone they trust. They can be lazy and only turn up for the big ticket events like capturing and blowing up the zombie queen but if you stroke their ego in just the right places Leo can be made to do almost anything for a healthy dose of mass adulation.

Virgo will be the on-site medic that will save your ass from dying. 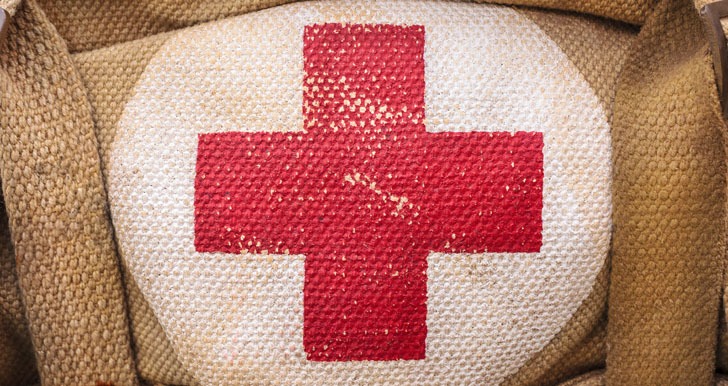 Some people have dared to label Virgos as hypochondriacs and it is true – they embrace their ailments with the tenderness and affection afforded to a bunch of kittens. But as the sign that governs all things medical you will need their expertise in order to survive the apocalypse. For a start they are not squeamish and will view a gapping hole in the chest as a problem to be solved. What they lack in bedside manner they will make up in sanitation and sterilization. As long as they are focused of other people’s ailments they won’t be so self absorbed and their ministrations may result in survival for your group.

Libra will charm their way out of danger by flirting with the zombies. 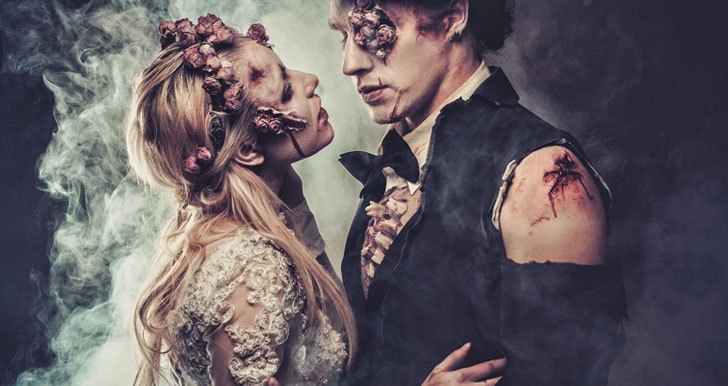 Librans are generous, harmonious and just a tad too flirtatious at times. They are a ray of sunshine and a powerhouse of positivity, which will be needed to temper the gloom and doom of a zombie apocalypse. Highly creative and imaginative they are capable of turning the bunker into an ashram and composing songs to inspire the next foray into zombie territory. Librans may seem childlike and naïve but trust me when they stop to flirt with the zombie on the block, that’s your cue to come up from behind and blow his ever loving brains out.

Scorpio will turn into a silent but deadly zombie assassin. 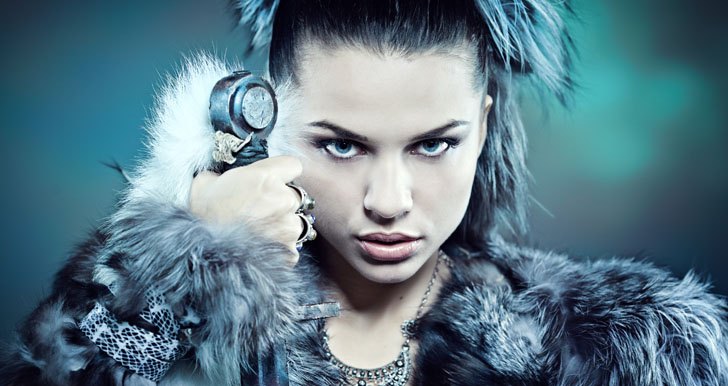 Dark and moody Scorpios will have razor sharp focus when it comes to strategising for zombie combat. They are also patient and willing to lie low and wait before unleashing the sting to end all stings on their enemy. Ninja like, the scorpion attacks with silent stealth and total commitment. Negatives include exhausting everyone else with their intensity and enjoying zombie homicides, just a little too much.

Sagittarius will keep people’s spirits up when everything seems bleak. 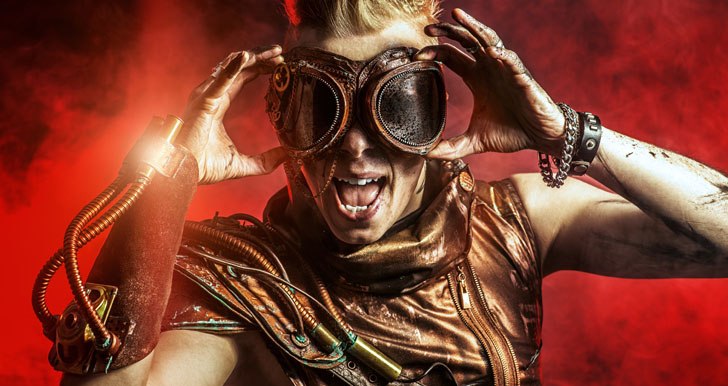 Sagittarians are always the life of the party, even if it’s held at the end of the world. Fun and funny they will keep spirits up and spread light and hilarity even in the darkest moments. Sometimes however, their humor can be too edgy and offend the more sensitive survivors. They’re known to suffer from foot in mouth disease and don’t always fully understand the concept of tact!

Capricorn will remain calm, calculated and focused on the job at hand. 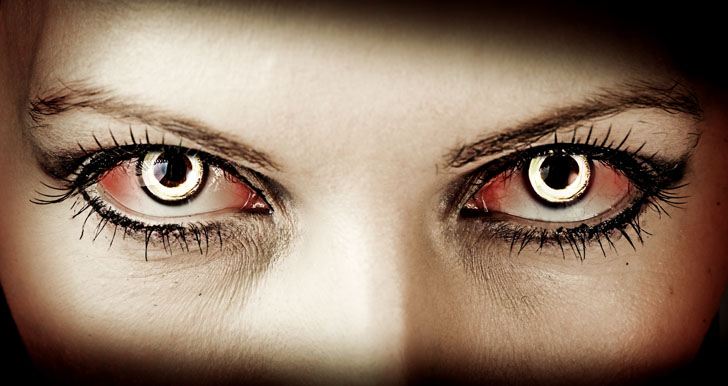 Capricorn is the sign to create stability in the chaos of zombie hell. Trustworthy and grounded they will identify and inspire skill sets necessary to defeat the marauding onslaught. They are thoughtful and considered and able to clearly articulate faults and advantages in everyone’s game plan. They also lead by example and won’t ask anyone to decapitate a zombie if they are not up to the task themselves. A handy sign to have in the bunker or on the battlefront! 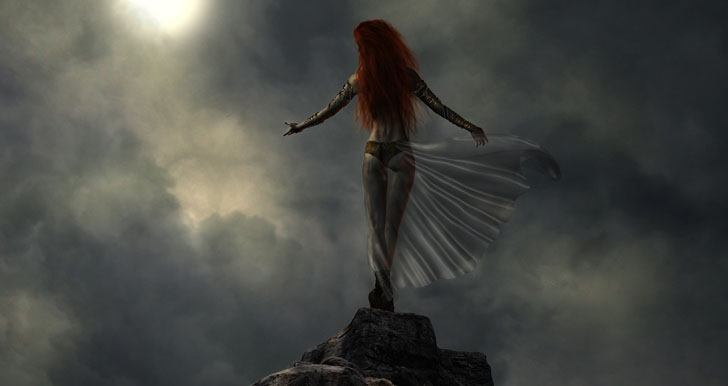 Aquarians will be sad – well not everyone’s going to be a barrel of laughs in zombie-land – they will question the events that lead to the apocalypse and beat themselves up for not having single handedly prevented this catastrophe. They may also be against killing zombies and suggest giving the undead their own homeland, voting rights or access to synthetic brains. In all honesty the Aquarian is probably better off being bitten

Pisces will question everything and embark on a spiritual journey. 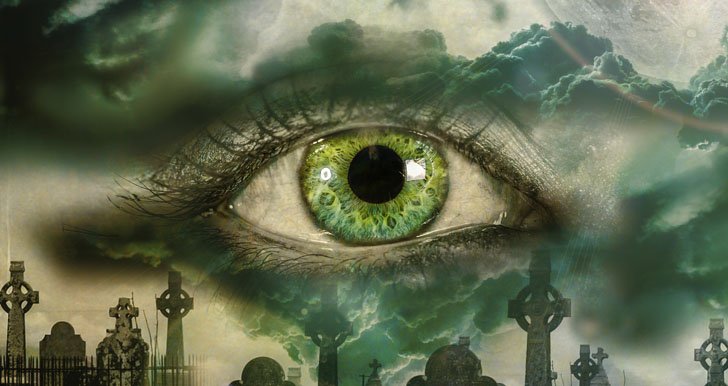 Sensitive Pisces may well drop dead of shock when they wake to that inevitable day – or turn to any form self medication they can get their hands on. If they do survive the trauma of witnessing the world change forever and develop a reserve of born again resilience they have the capacity to create the first post zombie religion. Highly spiritual they might just offer our souls salvation – or perhaps they will just turn into blood thirsty fanatic – it could go either way!