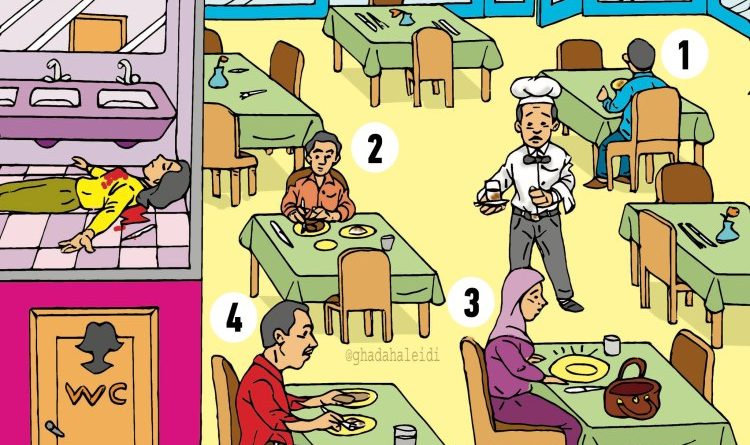 Murder mysteries are so much fun to solve, but only in the fictitious world — Personally speaking, I absolutely hate the sight of blood, so I would rather solve murder cases in the parallel world rather than the real world.

Speaking of which, have you ever been successfully able to solve a gruesome murder mystery quiz and lived to tell the tale (or boast about it in front of your friends?)

Well, murder mysteries are not just super fun to solve, but they also give your brain the much needed exercise. Unfortunately, while we often give our bodies all the exercise it needs, the brain is often ignored which is a pity since our brain is always working (even while sleeping!)

And if you have been a little lax in exercising your brain, here is a riddle that will give it the much needed boost..

Look carefully at this picture.

On your left you will the dead body of a woman soaked in blood. Yes, she has been brutally murdered, but the question is who has done it?

The four suspects are numbered; can you try guessing which one is it? Well, I couldn’t, but hopefully you will!

Take your time to think, and when you have given up or even think you have cracked the case, take a look at the answer below (but no cheating please!) 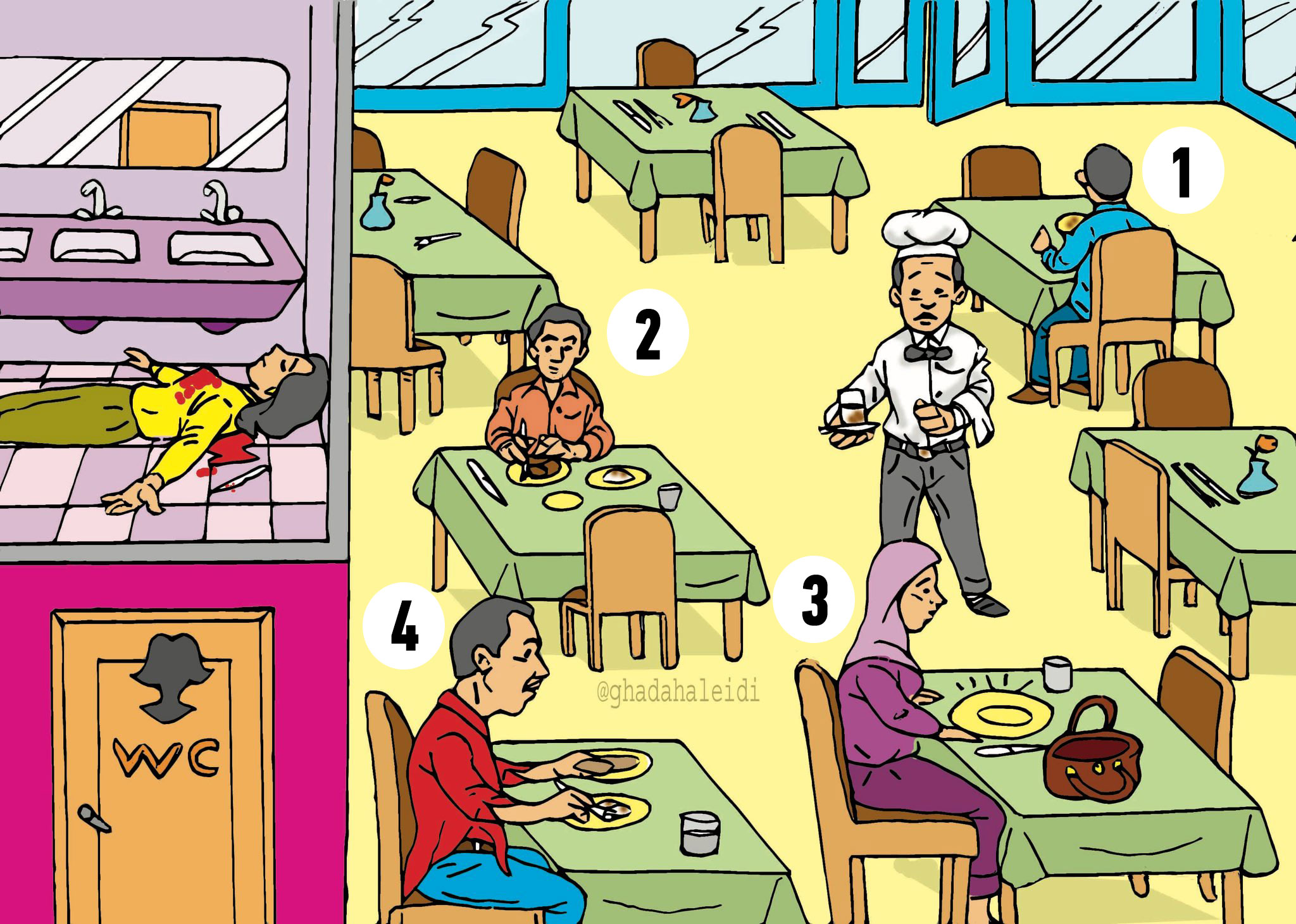 The killer is Number 4. Here’s why:

1)The knife (the tool of murder that is lying next to the victim), is missing from his eating table!

2)His clothes are in a tattered state (look at the sleeves of this Shirt) suggesting that he has been in an altercation with someone that probably resulted in a tussle.

3)Finally, behind the person’s ear, you would see a trail of blood.

So, did you guess it or not?