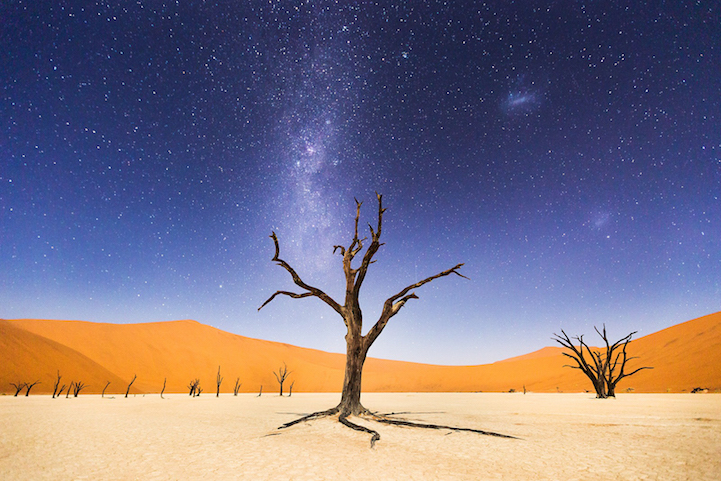 The night before returning to Windhoek, we spent several hours at Deadveli. The moon was bright enough to illuminate the sand dunes in the distance, but the skies were still dark enough to clearly see the Milky Way and Magellanic Clouds. Deadveli means “dead marsh.” The camelthorn trees are believed to be about 900 years old but have not decomposed because the environment is so dry.