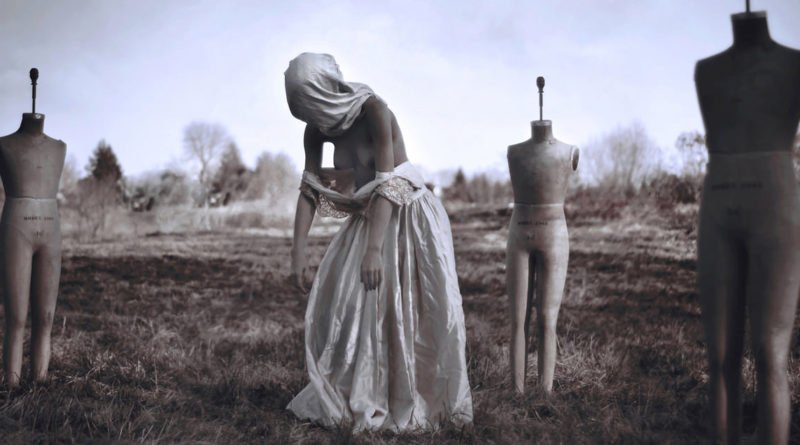 “He wakes up, eyes wide open, but his body is paralysed. It’s here that he gets bone-chilling hallucinations and visions”, and turns them into mystical photos.

The 22-year-old photographer from New York suffers from sleep paralysis. It’s a weird and terrifying phenomenon which occurs during the REM (rapid eye movement) phase of sleep. Our bodies shut down while our minds conjure up dreams.

For Bruno, however, his mind conjures nightmares. He wakes up, eyes wide open, but his body is paralysed. It’s here that he gets bone-chilling hallucinations and visions.

BERSAGLI_O – View on Flickr – https://flic.kr/p/C1piXj – Two pieces of mine will be shown at @havengallery on January 9th for their new exhibition titled “Music Box”. Come by!

“For people who haven’t experienced it, and say they want to – they really don’t,” Bruno told CNN. “You’ve never woken up being choked out by shadow hands. You’ve never had a looming figure floating above your bed, screaming into your ear.”

My video documentary with VICE’s Daily Vice is now live! We cover a behind the scenes peek at one of my photoshoots, explore the effects of sleep paralysis, and get an in depth look at my artistic process. A huge thank you to the Daily Vice team! http://bit.ly/1Tuvvzy

Others with the same condition report feeling malevolent beings present in the room or having difficulty breathing due to an invisible force sitting on their chest.

Bruno’s sleep paralysis began when he was just 15 years old. The almost-nightly experience put him in constant fear of going to bed, which eventually led to insomnia and depression.

Fortunately, his high school teacher suggested he try jotting down his visions on paper as a form of therapy. It worked, and he eventually turned to photography to explore the concept further.

“I’ve always been into photography, and it became my way of battering through my terrorizing sleep paralysis experiences and expressing my creative conscience in ways that I never thought I could,” he told io9.

“I became fascinated with the endless possibilities of conceptual photography and photo manipulation and developed my skills accordingly.”

His ongoing series features his nightly terrors recreated using numerous random props, such as bowler hats, gas masks, lanterns, suitcases, arrows, and bath tubs, to name a few. The results are something that straddles the macabre and the surreal – something that all sleep paralysis victims know all too well.

In fact, Bruno’s work now has inspired many to come out and talk about their experiences openly.

“I’ve gotten so many responses from people who have had these dreams and didn’t know what they meant. I think it’s my little mission to spread the word of this condition.”

Find out more about Nicolas Bruno and his work here.