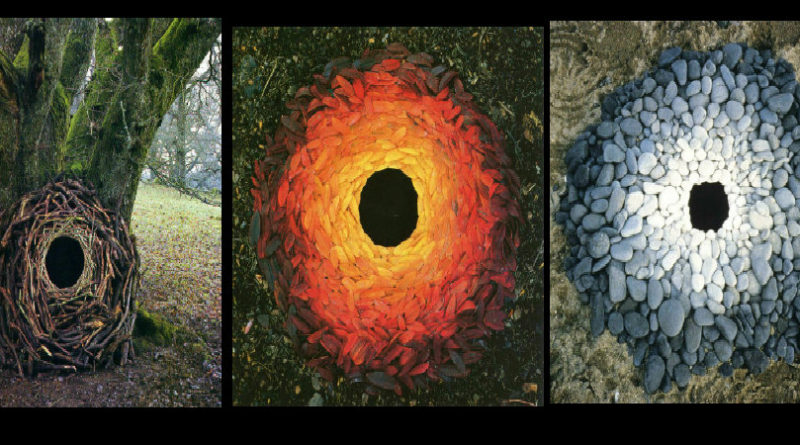 Scottish sculptor Andy Goldsworthy creates transitory works of art by arranging leaves, sticks, rocks or anything else he can find outside.

Most of Goldsworthy’s art is considered transient and ephemeral, causing people to perceive it as a criticism on the Earth’s fragility. However, for Goldsworthy, the meaning is more complicated.

“When I make something, in a field or street, it may vanish but it’s part of the history of those places,” he says in an interview.

“In the early days my work was about collapse and decay. Now some of the changes that occur are too beautiful to be described as simply decay. At Folkestone I got up early one morning ahead of an incoming tide and covered a boulder in poppy petals. It was calm and the sea slowly and gently washed away the petals, stripping the boulder and creating splashes of red in the sea. The harbor from which many troops left for war was in the background.”