The bowl-shaped, or Concave Roof, is a double roof system that collects and stores rainwater, and also helps with natural cooling!

Water scarcity is felt unequally throughout the world with some regions worse off than others. Iran-based BMDesign Studios addressed their home country’s arid climates with an architectural solution to water shortages called Concave Roof, a double-roof system designed to collect and store rainwater, and promote natural cooling. 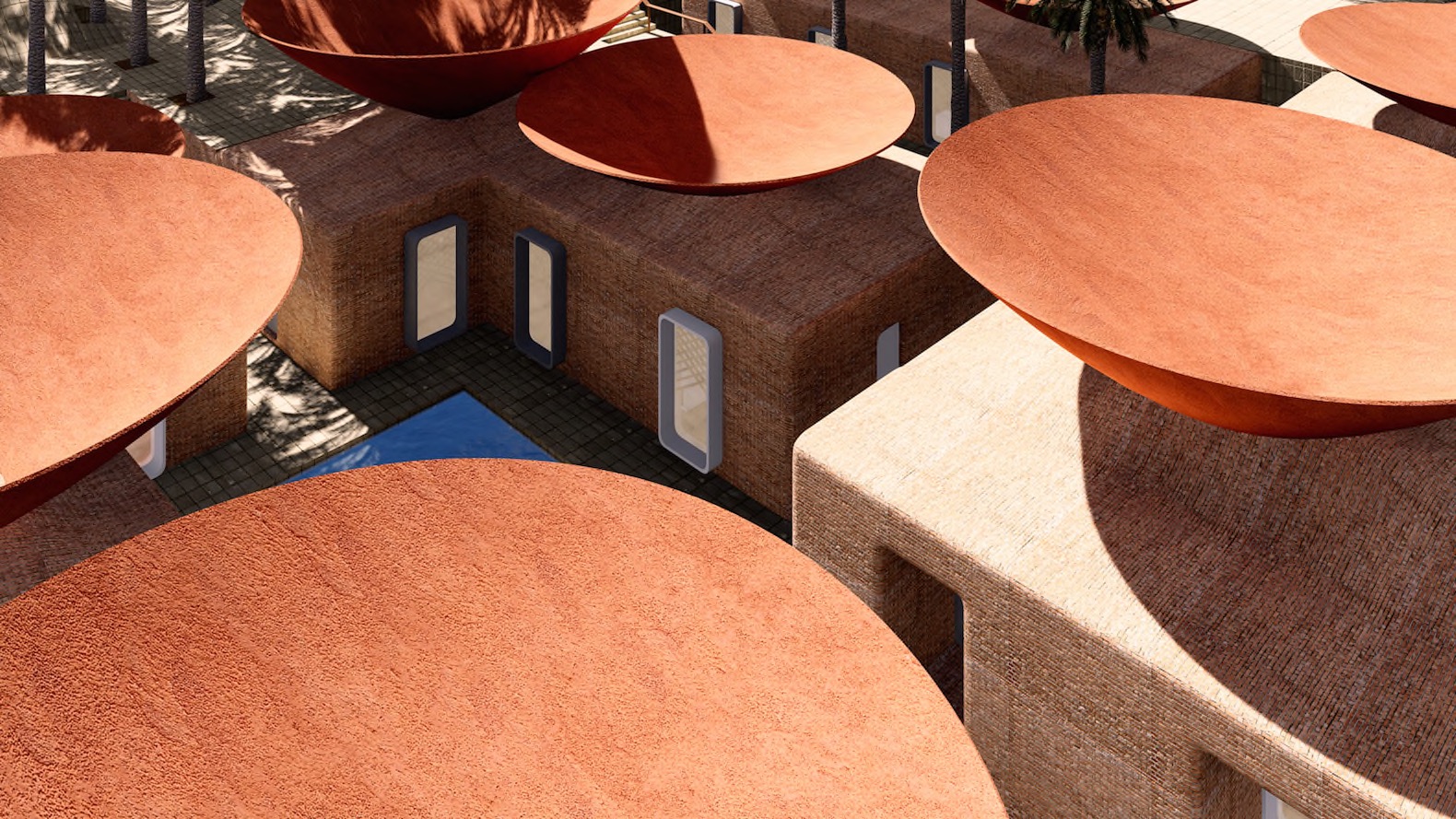 The Concave Roof was engineered for arid environments, where rainwater collection can be tricky due to higher than average evaporation rates and low annual precipitation. The double-roof system, which includes a domed roof beneath a bowl-shaped catchment area, is designed to “help [make] even the smallest quantities of rain [flow down] the roof and eventually coalesce into bigger drops, just right for harvesting before they evaporate,” said the architects to ArchDaily. Stacking a concave roof atop a convex roof promotes natural cooling through shade and wind movement between the two roofs. 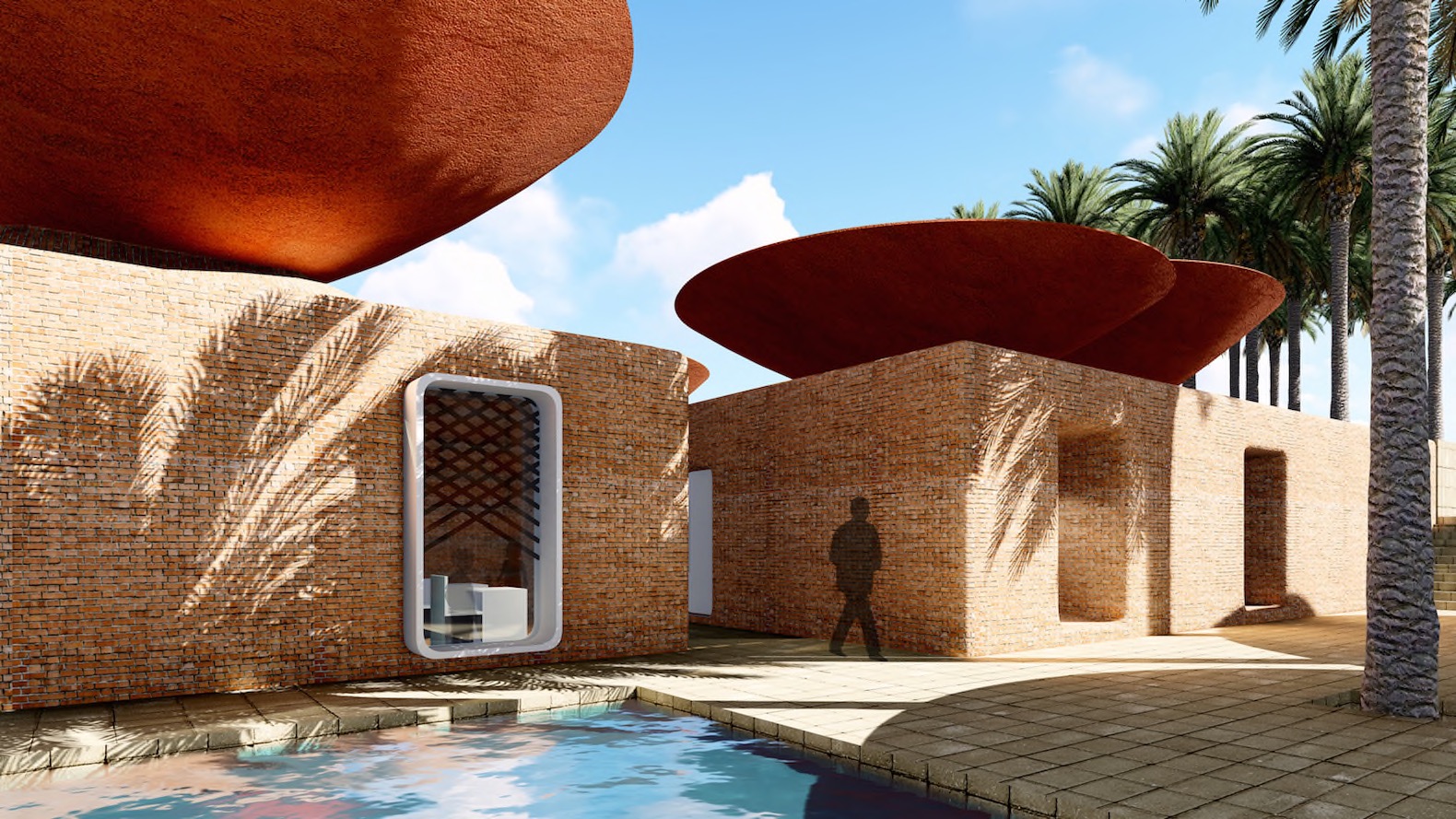 The bowl-shaped catchment area is steeply sloped to move raindrops towards a central collection point, where the rain is funneled into reservoirs. The reservoirs are placed between building walls to help regulate indoor temperatures. With this system, the architects estimate that 28 cubic meters of water could be harvested with just 923 square meters of a concave roof surface. BMDesign Studios’ vision also goes beyond the double-roof system and includes a massing design where the buildings and courtyards are sunken to promote natural cooling. The buildings would be organized around atriums to promote circulation and community. 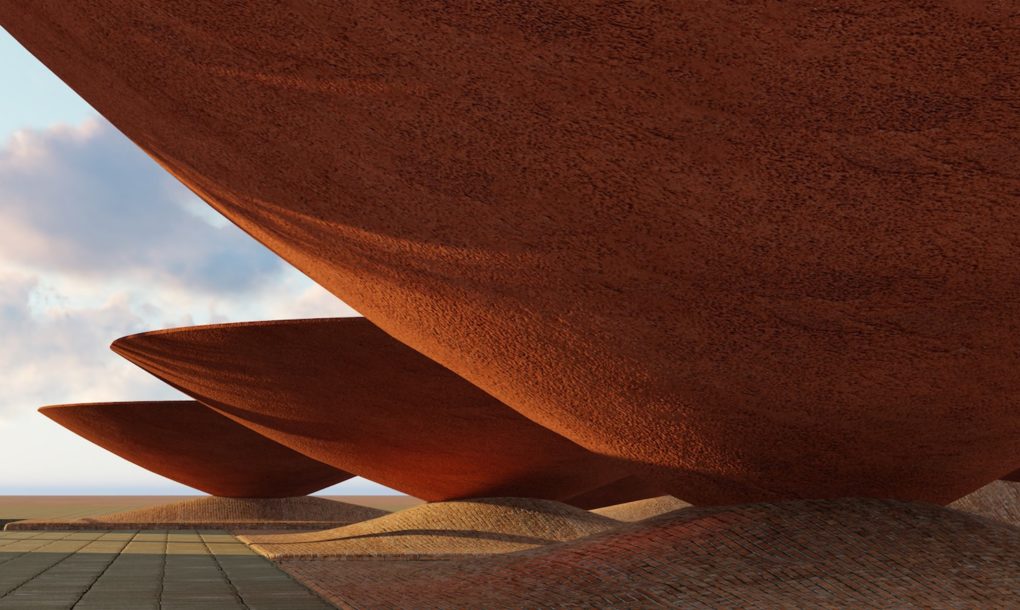 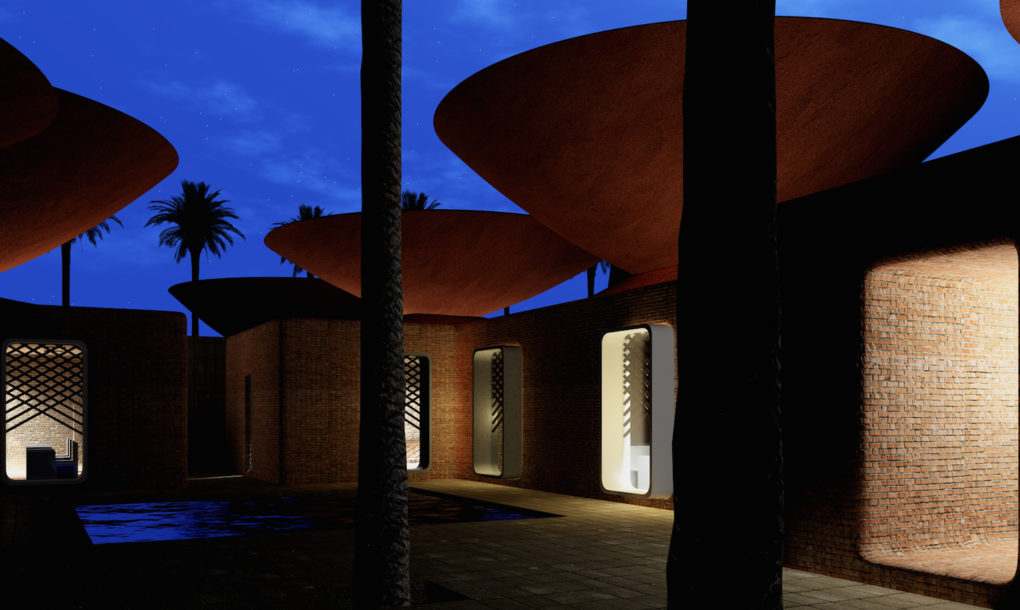 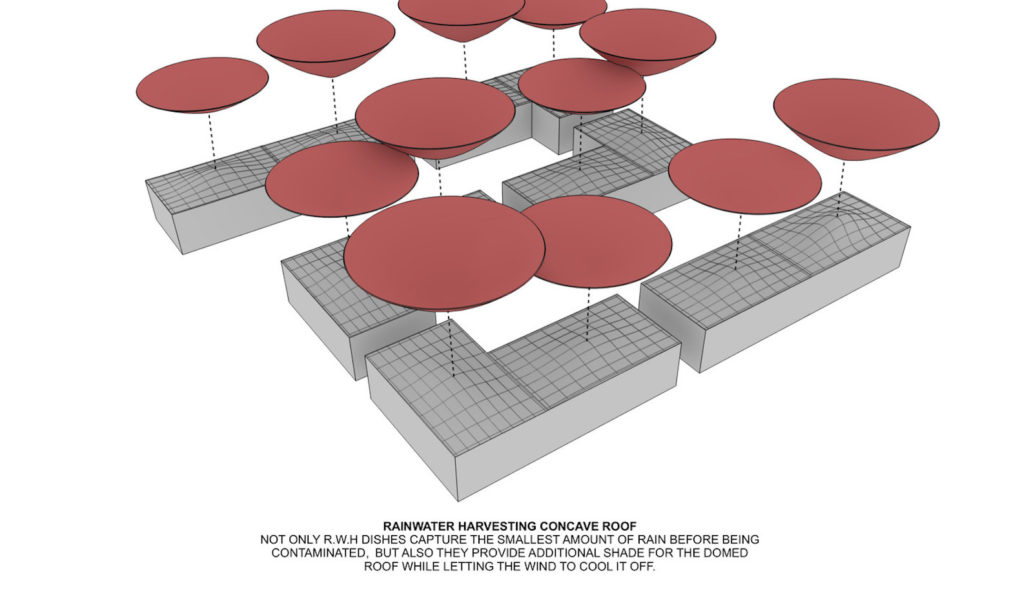 Via ArchDaily | Thanks to Inhabitat for this article