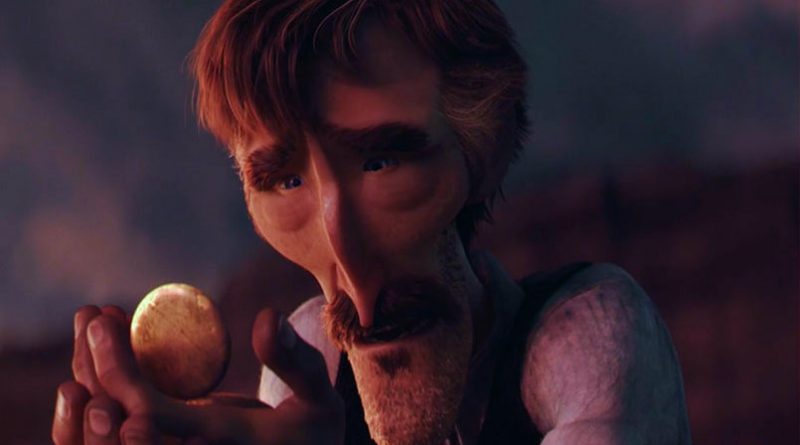 by Tasha Robinson | The Verge

Pixar Animation Studios is known for making surprisingly dark, bold storytelling choices in its movies. For movies that are meant to be accessible to children, they can be sharply daring in the directions they take. Ellie Fredricksen’s life montage at the beginning of Up, the toys grimly facing oblivion together at the end of Toy Story 3, and Bing Bong’s tear-jerking decision inInside Out all tap into painful emotions around death in order to underline the joy the characters feel around life. But none of these films gets as dark as Borrowed Time, a short film that Pixar animators Lou Hamou-Lhadj and Andrew Coats made as a side project. The piece, which has toured film festivals and is now available on Vimeo for a limited time, is expressly about loss and mourning.

“A goal for us was to make something that kind of contested the notion of animation being a genre, and one for children specifically,” Hamou-Lhadj says in a making-of short that debuted on Vimeo alongside Borrowed Time. “We really wanted to make something that was a little bit more adult in the thematic choices, and show that animation could be a medium to tell any sort of story.”

The piece certainly is more adult, but it still has the familiar Pixar look, with marvelously expressive characters and a tremendous attention to environment and modeling. The first close-up on the central character is so detailed, you can see the fraying, stains, and stitching on his old shirt, and the rough nap of his corduroy vest. As he limps across the cliffside, reliving awful memories, the fine detail of the rocks and sand around him is just as apparent. Even the physics of the coach’s movement, its splintering crash, and the dust cloud it raises all feel real. And like so many Pixar features, Borrowed Time is expressly about family bonds, and how they heighten emotions — in this case, guilt and disappointment. This is a short vignette, but it’s effective and powerful.

Granted, an actual Pixar film would certainly make a point of relieving the tension and sorrow this short sets up, and would use it to some spectacular end. Hamou-Lhadj (a Pixar character developer on Inside Out and animator on Brave and Cars 2) and Coats (a character modeler and artist on Brave, The Good Dinosaur, and various Pixar shorts) have set up what feels like the beginning to a terrific story. Here’s hoping they keep it going, past this tragic moment and on to the rest of the story of this man’s life.