The Midnight Planetarium Poetic Complication is a timepiece that reduces the scale of the heavens to the dimensions of a wristwatch. This remarkable feat of artistic design, engineering and craftsmanship keeps track of not only the passing of time, but the orbital positions of the planets in our solar system.

Created in a partnership between Dutch watchmaker Christiaan van der Klaauw and Van Cleef & Arpels jewelry company, the Midnight Planetarium made its debut at the Salon International de la Haute Horlogeri in 2014.

The Planetarium’s solar system arrangement is that of an early 18th century understanding, before the discovery of Neptune and Uranus. The exclusion of the two gas giants was primarily because their enormous orbits could not be accurately replicated in a practical way – Uranus’ orbit taking 84 Earth years to orbit the sun and Neptune taking 164. The six planets are each represented by precious stones – serpentine for Mercury, chloromelanite for Venus, turquoise for Earth, red jasper for Mars, blue agate for Jupiter and sugilite for Saturn.

In all, the watch required 396 unique pieces and 3 years of careful crafting to complete, justifying the steep price $245,000.

Below is a collection of images, as well as a 3D promo video, offering an up-close look at the inner and outer workings of the The Midnight Planetarium Poetic Complication. For more information: Van Cleef & Arpels | Klaauw 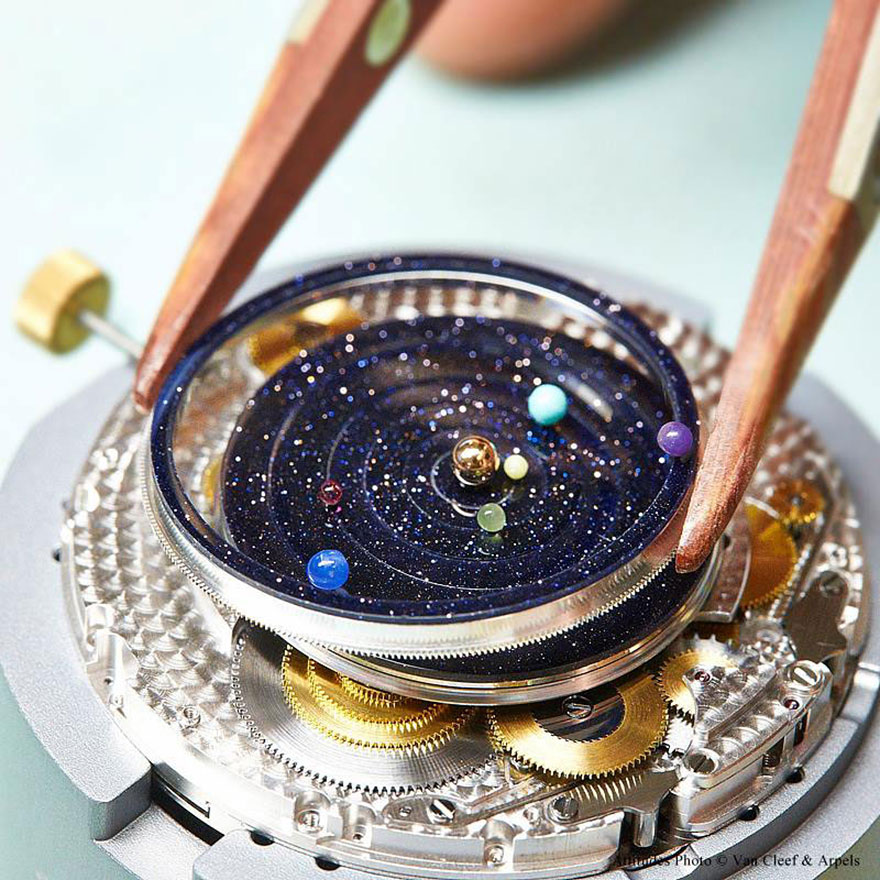 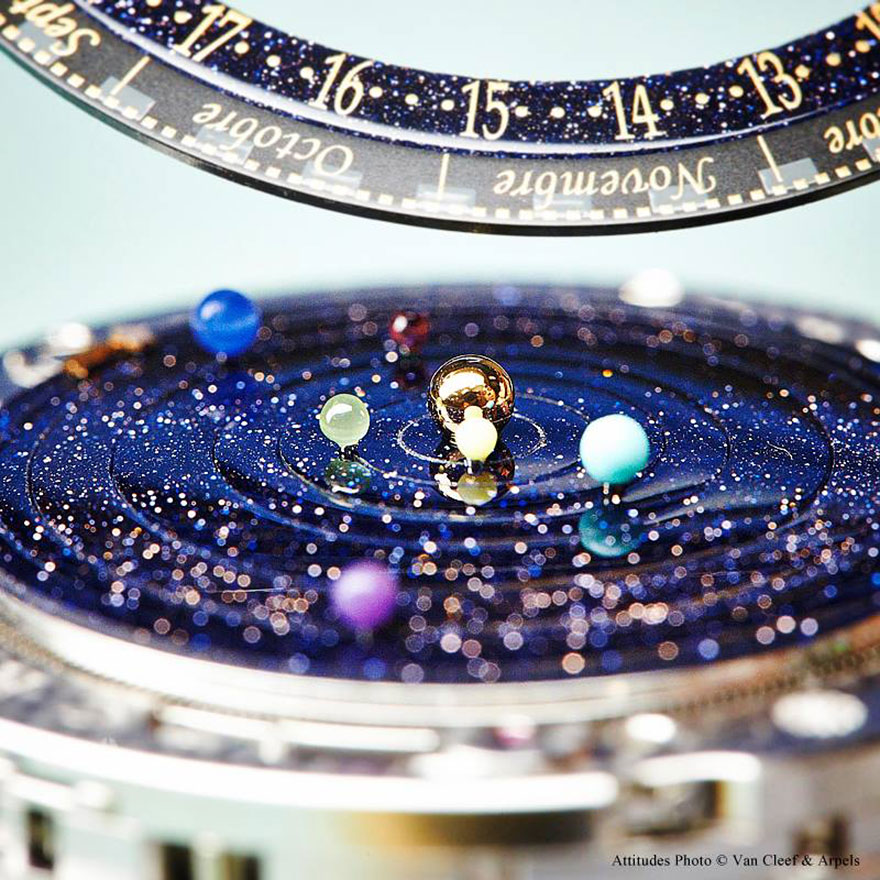 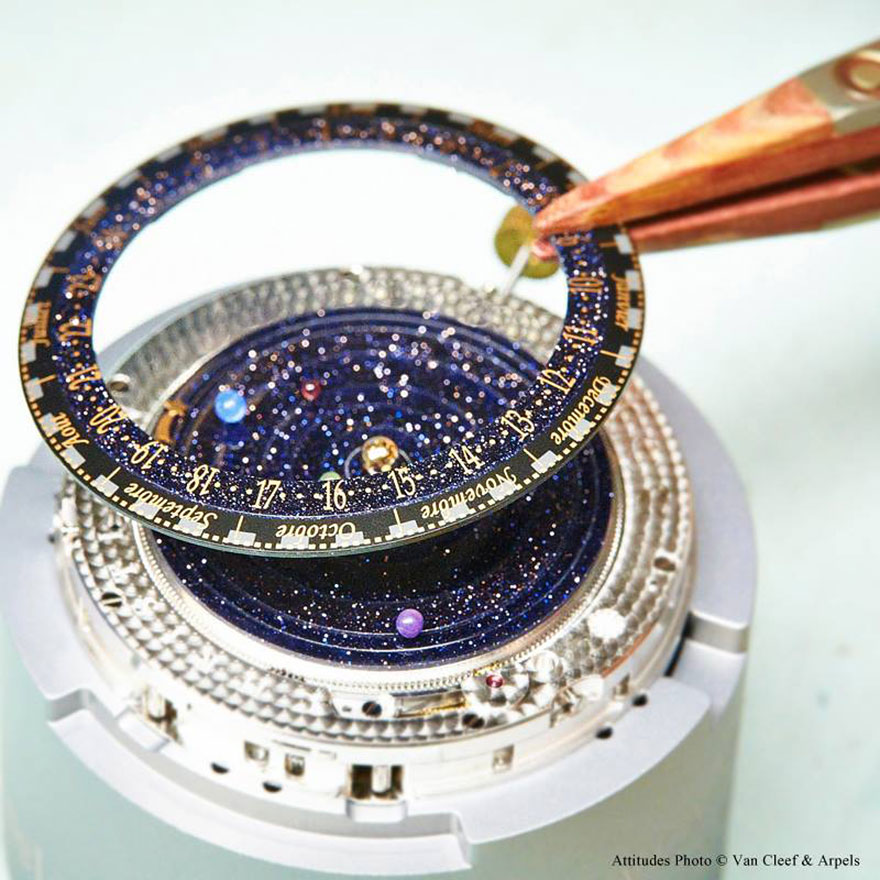 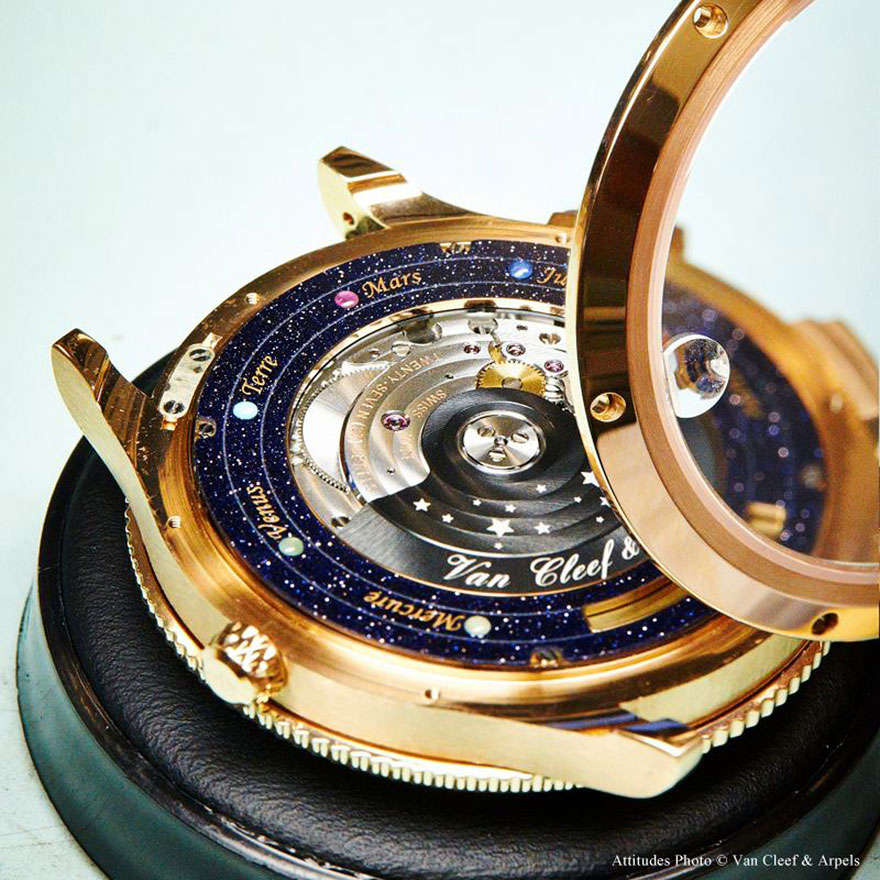 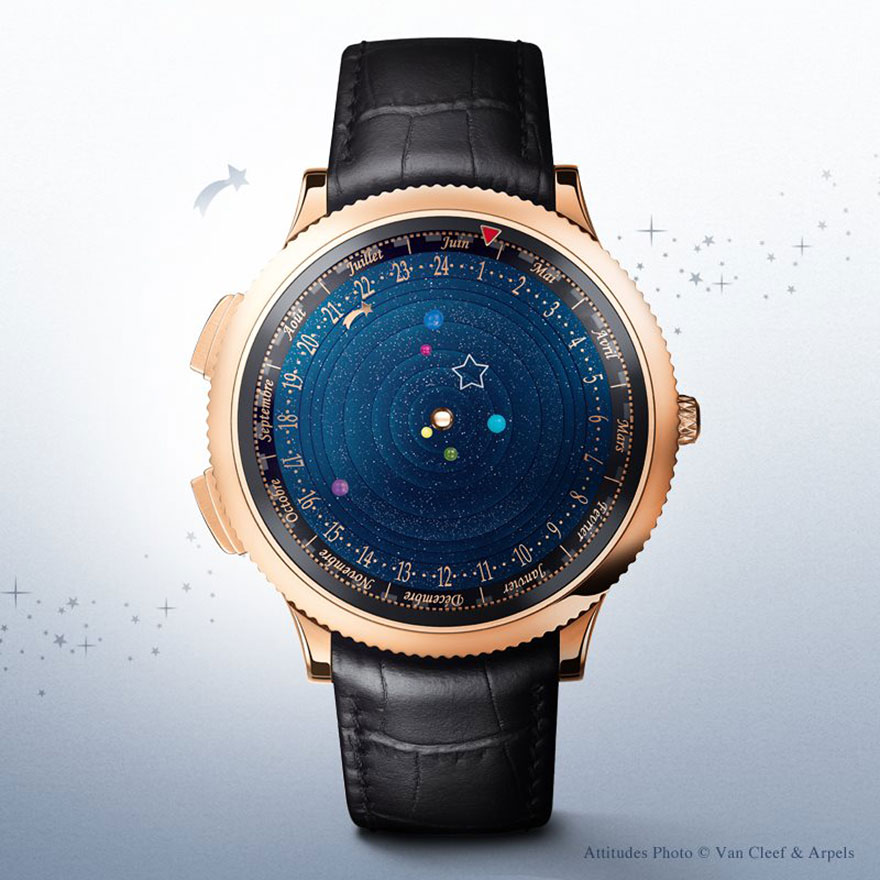 Would you wear one of these sparkling beauties?