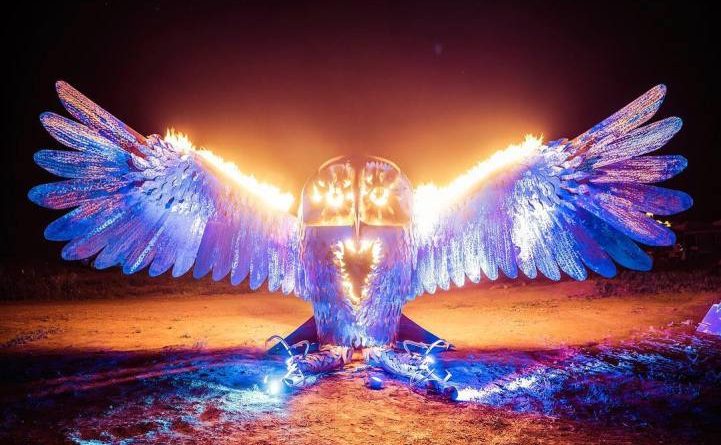 Black Rock City, Nevada is the home of the 2016 Burning Man Festival, where hundreds of art and architectural installations are on display.

While I have personally never been to this amazing spectacle, I am aware of some of the impressive and moving artwork that is exhibited there.

The theme for this year’s festival of madness, creativity, wonder, and expression?

Sculptures for Burning Man this year gather their inspiration from the famous Renaissance artist’s inventions and artworks. There is even a remarkable perspective-based geometric interpretation of the Mona Lisa, and a large-scale (almost replica) of the Vitruvian Man on a circular frame that will capture everyone’s attention.

“Our story will focus on the republic of Florence,” the festival explains, “for it was here, in a city-state of about the same size and population as Black Rock City, that humanist ideals, a rediscovery of science, and funding from a newly moneyed class of entrepreneurs fueled a revolutionary cultural movement that redefined Western civilization.”

Let’s take a look at some of this year’s Burning Man festival installations.