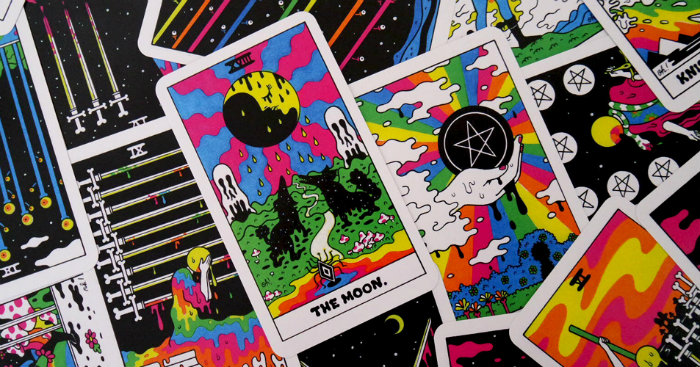 If you like psychedelic artwork and mystical tarot cards, you are going to love Oliver Hibert’s work.

Oliver Hibert likes to use day-glo neon colors in his visually trippy paintings, and now he has brought that unique style of his to tarot cards. His artwork’s mellow and almost liquid fluidity is reminiscent of the psychedelic 60s, as you can see here.

Hibert’s tarot deck consists of 78 cards, and both the major and minor arcana are available for purchase. The cost? $135.00USD and includes a specially designed box, as well as a book which features an introductory essay by the artist, and a substantial essay by the British writer and lecturer Caroline Wise.

The Major Arcana , or trump cards, consists of 22 cards without suits: The Magician, The High Priestess, The Empress, The Emperor, The Hierophant, The Lovers, The Chariot, Strength, The Hermit, Wheel of Fortune, Justice, The Hanged Man, Death, Temperance, The Devil, The Tower, The Star,The Moon, The Sun, Judgement, The World and The Fool. (1)

The Minor Arcana consists of 56 cards, divided into four suits of 14 cards each; ten numbered cards and four court cards. The court cards are the King, Queen, Knight and Jack (sometimes Page)The suits are swords, wands, pentacles and cups.(2)

Check out these psychedelic tarot cards from Oliver Hibert, below. And if you’ve ever wanted to do some mystical divination in the black light, now is your chance! 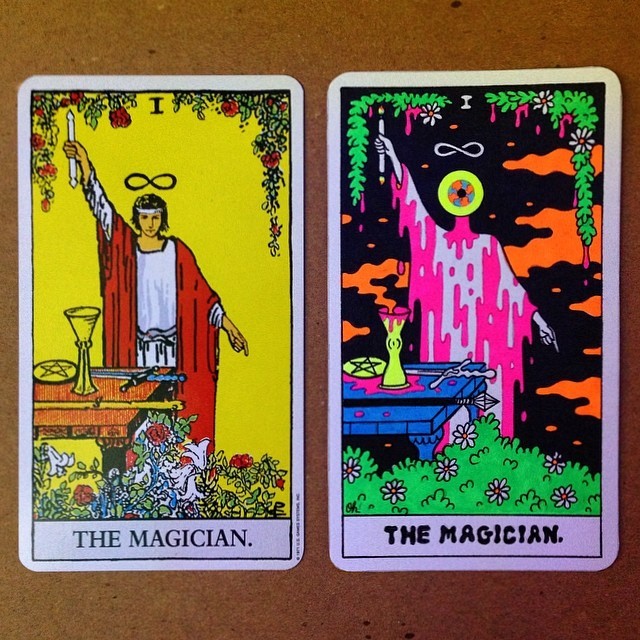 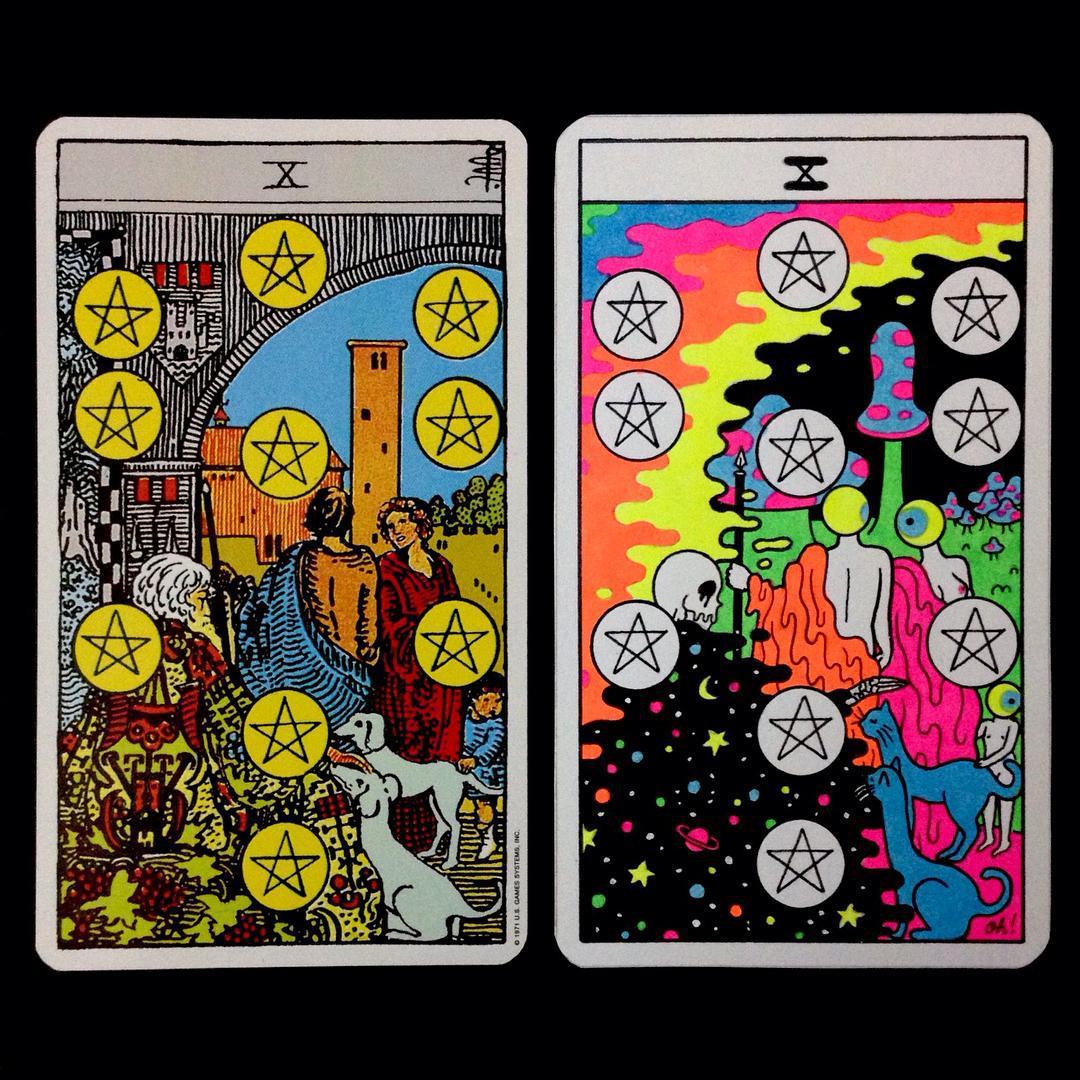