If there’s one thing that can be said about fishing enthusiasts, it’s that they take fishing seriously.

Have you ever been invited to go on a fishing trip with someone, and expected it to turn out slightly different than it did? They likely had a tackle box, full of different options to choose from- hooks of all sizes and lures with strange-looking weights attached to them, some fishing rods with hefty reels, and a wealth of information about the wind, noise, and weather affecting how the fish will bite that day.

If you’ve never been into fishing that much, going on a fishing adventure with someone who is all about it can really give you some insight into their world.

They definitely take fishing seriously, and would probably do anything to be able to fish all day long. maybe even…build a house over their favourite fishing spot? 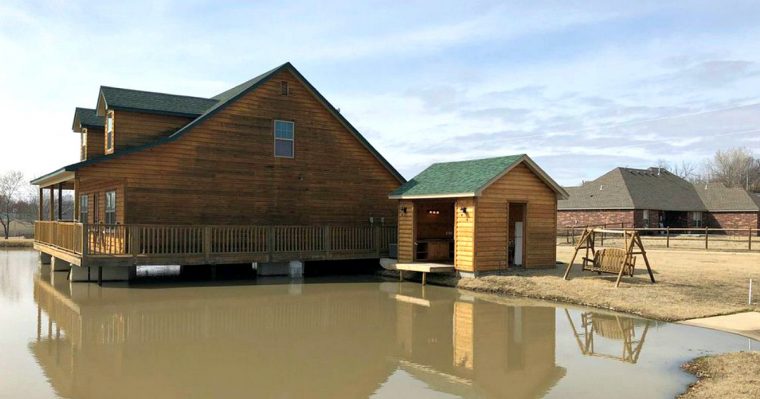 Paul Philips from Oaklahoma decided to build his dream home in the middle of a pond so he can practice his favorite hobby anytime. Since he loves fishing, he decided to place his home on the pond and made a trap door in his living room so he can fish while sitting on the couch.

Phillips told NewsOn6 at the time that he rented a bulldozer and dug out an area for a pond under his home when he was told he couldn’t fish in a certain spot at Oologah Lake, which was a 50 minute drive away. So he took matters into his own hands, and after a few months, he had a four-by-four foot hole in his living room. 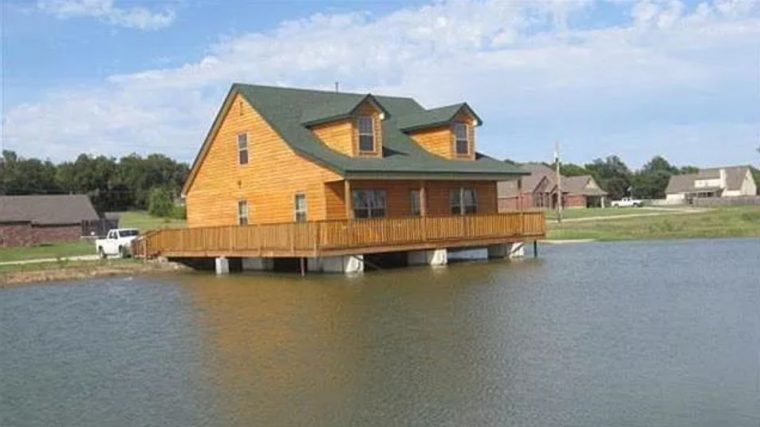 “I can sit here, watch TV, watch a ballgame or watch the news and fish all at the same time,” he said in May 2015 when his pond was complete and full from rain

The house is in Skiatook and the pond is a private one. From the outside, the house looks like any regular wooden cabin, so the secret trap door in the living room comes as a surprise to every visitor. When Paul started building his home, the neighbors got curious and after learning about his plan, even the media visited him to make a news report. According to Paul, he loves fishing so much, that he wants to spend every day doing this but wanted to be able to enjoy this activity without having to leave the house. 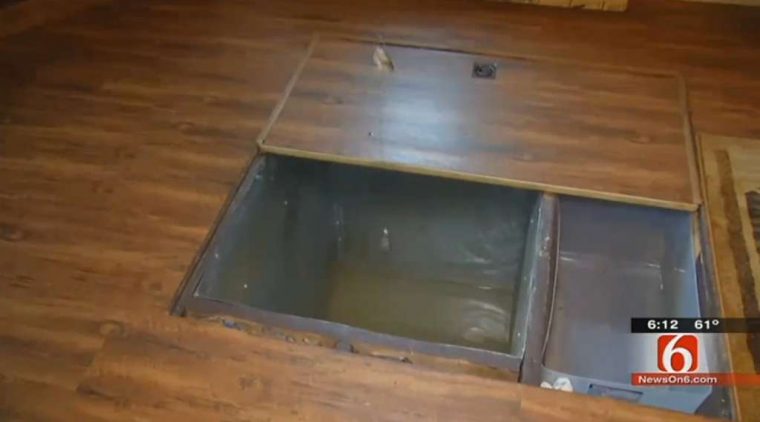 Duct work goes down into the water about a foot so even in the winter the cold air can’t come up through the floor.

Inside there’s a kitchen, a big living room, a fireplace and a nicely furnished bedroom, and upstairs there’s a couple more bedrooms and a bath.

His decision was also influenced by an unpleasant encounter with a fellow fisherman while fishing at Lake Oologah, who told him to find another spot as he can’t fish there. At that point, he decided to build his 1850 square feet dream house and include a trap door in the living room.

What do you think about this idea?