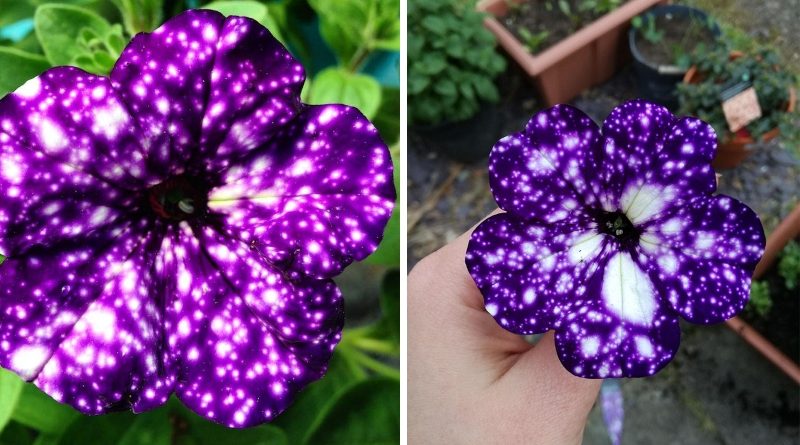 Gazing into these flowers makes you feel like you’re staring into the depths of the universe, with each petal cosmically decorated.

Do you like flowers? We love flowers. And we’ve shared some of the most beautiful species on the planet with you before, but nothing like what we’re about to show you today.

From black succulents and bunny succulents, to jellyfish flower arrangements and monkey orchids, we’ve seen it all. But we’ve never seen galaxy petunias. Until now.

These plants aren’t just regular purple and blue petunias—they’re speckled with white dots that give them the appearance of a starry night, and no two night sky petunias are alike. 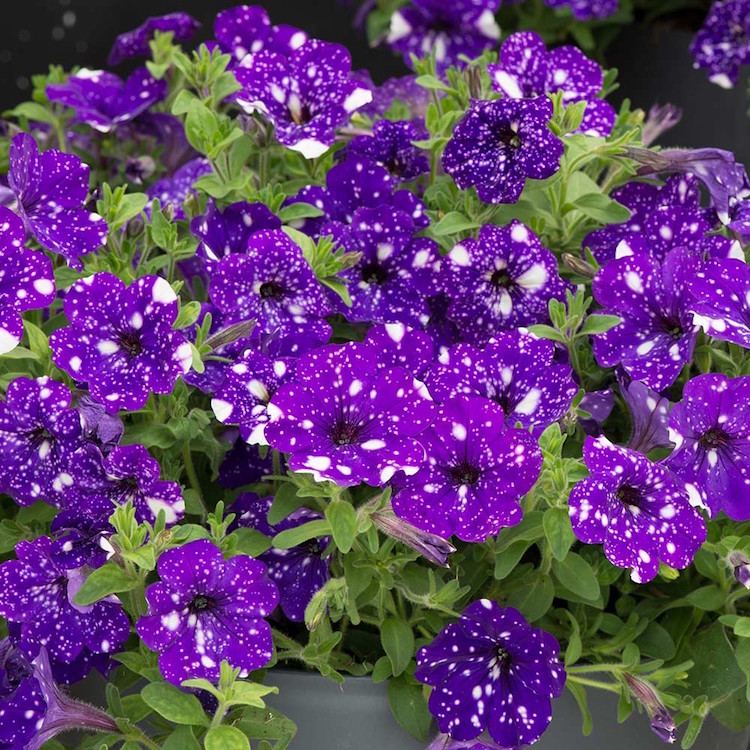 Scientifically known as Petunia cultivars, Night Sky Petunias are a deep purple flower that’s characterized by the unique patterns on their petals. Much like their name suggests, these mesmerizing plants bloom to reveal a stunning plethora of white stars resembling distant clusters of galaxies.

If you want to grow these beauties in your own backyard, you need to know a few things. 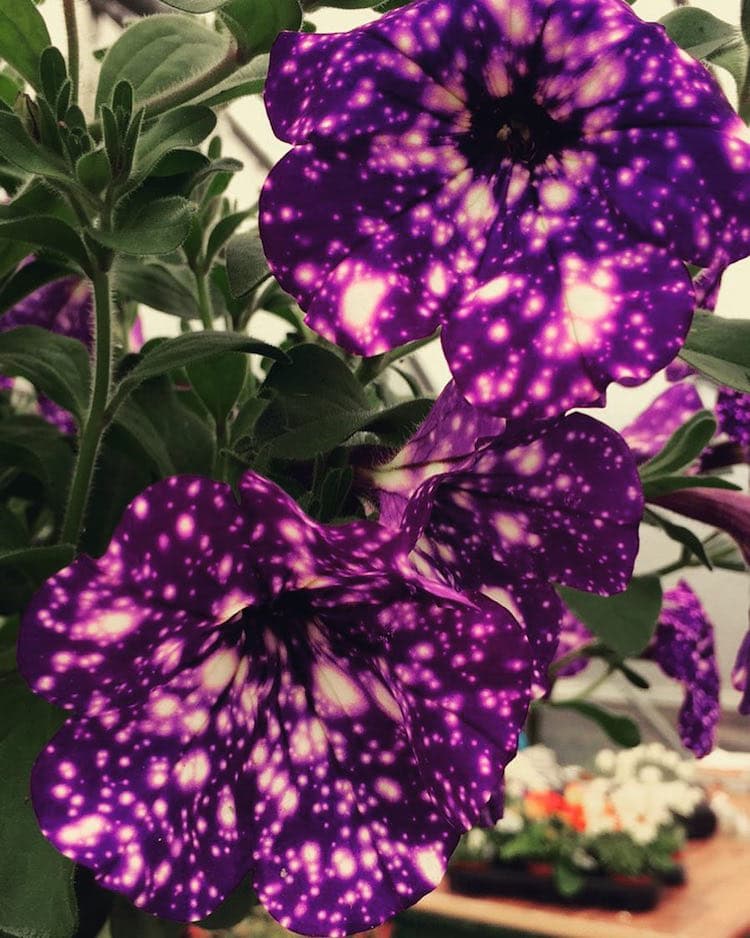 The pattern is dependent on the temperature variations between morning and night, so you’ll want to find the best way to monitor them and adjust accordingly. Ideally, you should keep them warm in the day (around 100° F) and cool at night (about 50°F) in order to yield the most spectacular results.

You’ll want to plant these petunias in the Spring, during cooler weather. 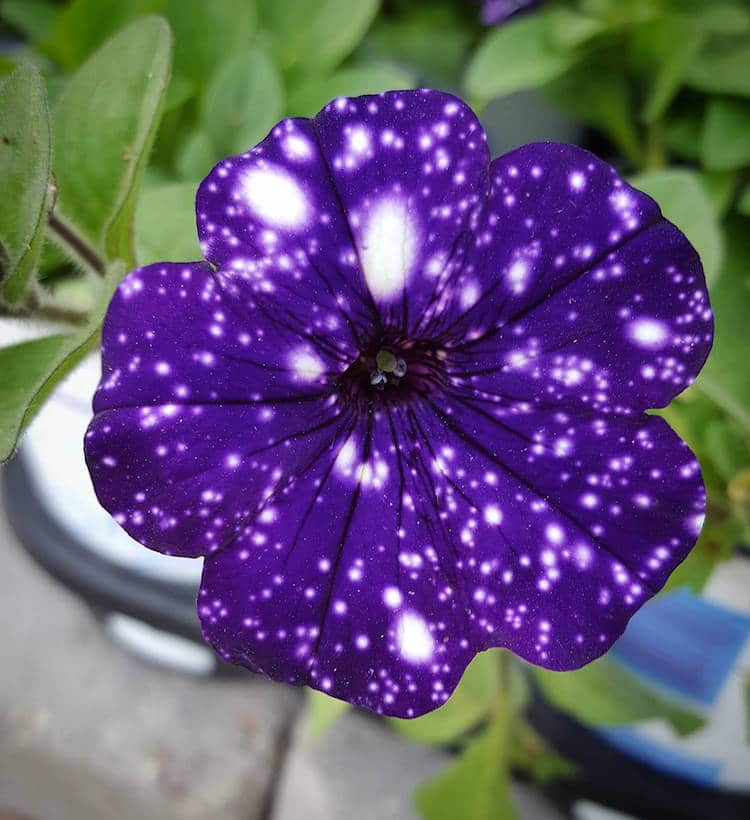 Green House Grower says that the cooler the temps are when you initially plant them, the more success you’ll have with blooming incredible looking galaxy flowers. 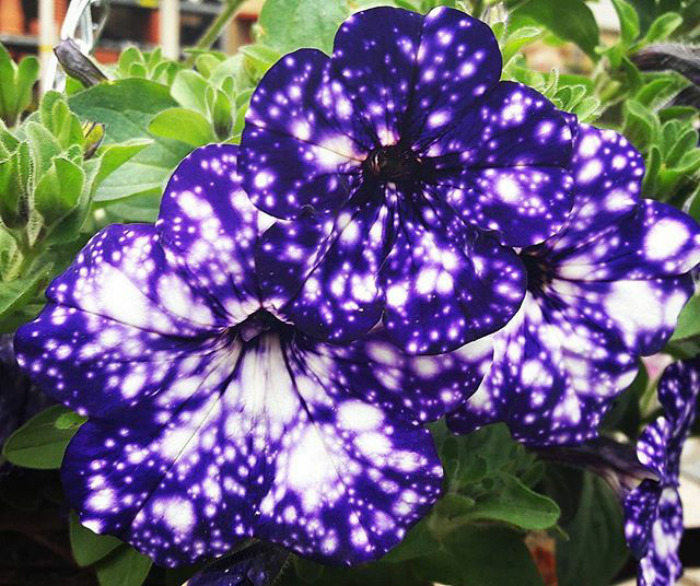 If you want more white speckles, you’ll need colder temps. Having your flowers in too hot of temperatures, however, will make them much more purple than white.

Night sky petunias can grow up to 16 inches, and bloom during the spring and summer months.

This is the Night Sky Petunia, a flower with purple petals that appear to be covered in stars. 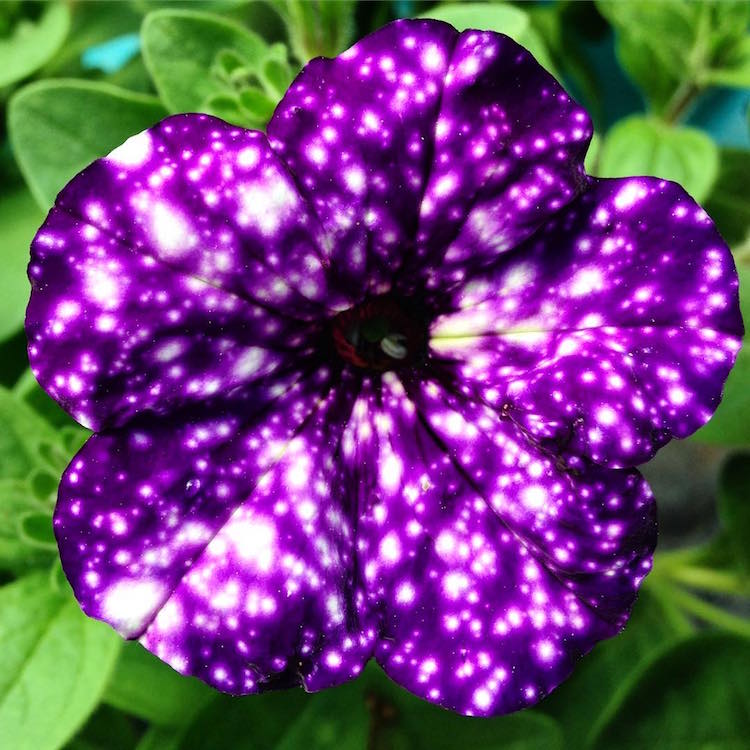 The galactic flowers come in various shades of purple and each one features a one-of-a-kind pattern. 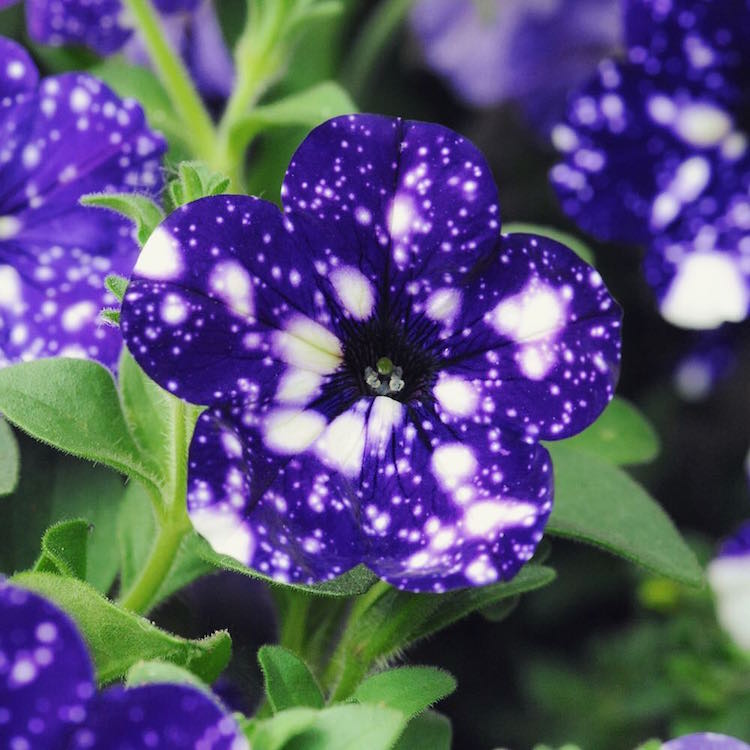 They appear to have magical cosmic decorations on them, but it’s really a pattern caused by temperature fluctuation. 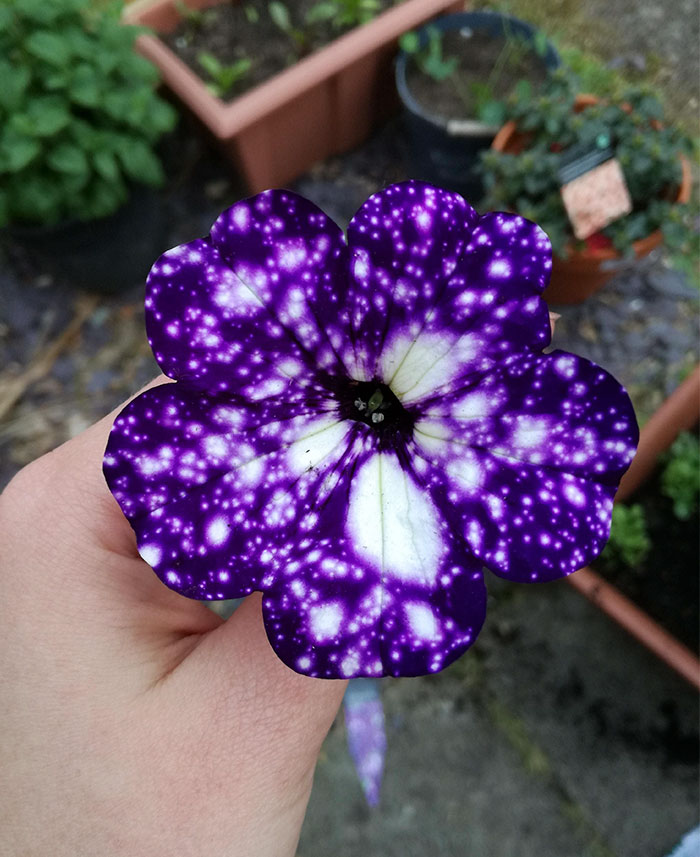 Do you have any of these flowers growing in your garden? If so, be sure to drop a comment and give us some tips!